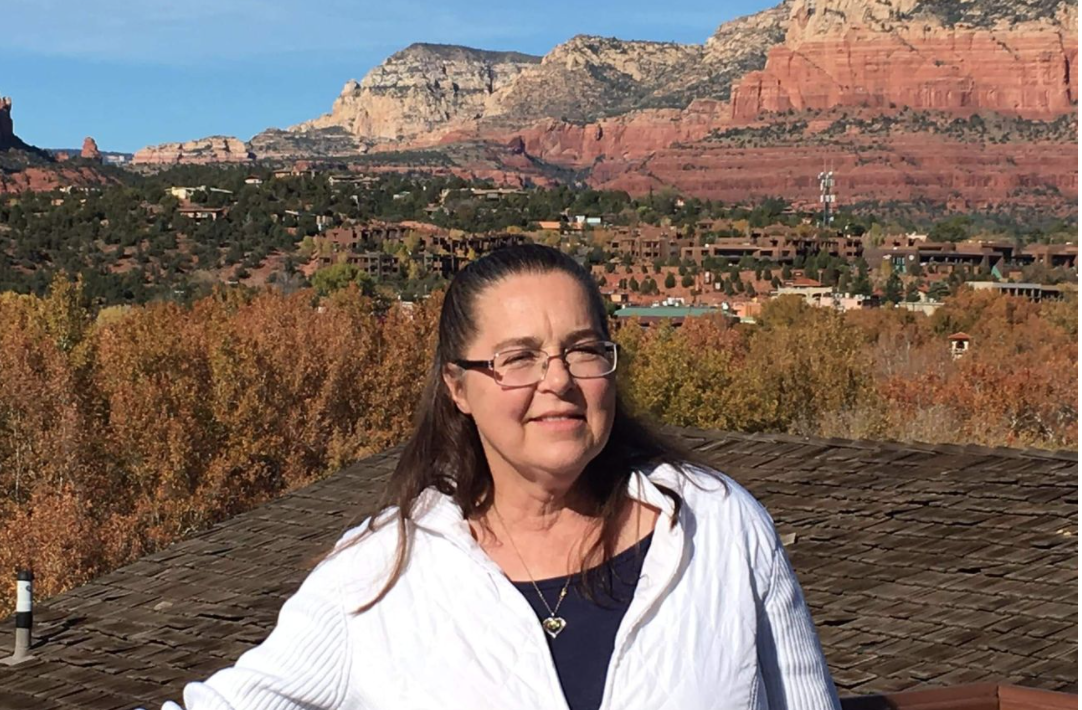 Tuesday morning, the hospital wouldn’t let me say goodbye to my sister. Covid restrictions, they said. Only Alma’s two daughters, masked and gowned, were allowed in with their mother as she lay in a hospital bed, sedated and intubated. Then doctors and nurses removed her life-maintaining support. A short time later she died, holding her daughters’ hands.

Her siblings and grandchildren watched the end from the hospital chapel via Zoom on a borrowed laptop, praying it was a peaceful, painless passing.

My sister is among the latest nearly 900,000 American Covid casualties. Our family participated in a wrenching drama that far too many families have suffered these past two years.

Alma Louise Rove, 65, had a hard life. Her parents divorced when she was in her early teens. She had her first child at 17, her second at 19, and she endured two unhappy marriages. She never attended college and spent decades toiling in paint and home-decorating stores filling orders, matching fabrics and wall colors, and managing the shop.

My sister was tough and resilient but a hot mess, too. She was plagued by recurring health challenges—those “pre-existing conditions” that forecast rough sledding for any Covid patient—including breast cancer, rheumatoid arthritis, Sjogren’s syndrome, thyroid and heart problems, and other ailments too numerous to catalog and for vaccinations to overcome.

Alma was a kind, compassionate soul who took care of everyone else before herself. In her guest bedroom, there was often a pal down on her luck or friends who needed a place to stay while they got back on their feet. A tall, attractive brunette, she became stooped with the years, but her smile—the bright, open, comfortable, almost ever-present smile—remained.

Her pride and joy were her two daughters. They’ve grown into remarkable women. The elder is a technician in a Denver medical lab, the younger a teacher in a small town on Colorado’s Eastern Plains. Their mother endowed both with a stoic acceptance of life’s curves and dips and an ability to endure.

That strength has been sorely tested. The youngest lost her 15-year-old son in a car crash last September, and the sisters convened a call Sunday night with their mother’s four siblings to explain a tough decision. Alma did not want to be kept alive by machinery. Her daughters had made the hardest choice a child must make: to let a parent go.

My nieces and their three children have lost a mother and grandmother who loomed large in their lives for many wonderful years. They—and the rest of our family—have now experienced a death at the hands of a virus that has taken half again as many of our countrymen as were killed in World War I, World War II, Korea, Vietnam, both Gulf wars and Afghanistan combined.

I suspect my family is reacting like others who’ve faced this great loss. As we grieve, we’re also grateful for healthcare professionals who’ve fought Covid for over two years. What they’ve done, day in and day out, in confronting this lethal virus is truly heroic. More than anyone else, they have fought this relentless enemy with all their skill and energy and witnessed seemingly endless grief. If they are more exhausted than the rest of America, there’s a reason why.

We’re also grateful for scientists and pharmaceutical companies that in record time produced lifesaving vaccines and therapeutics that have kept so many families from suffering what mine went through this week.

Don’t expect political recriminations in this space, or a spate of if-onlys or should-have-dones. I heard in too many White House briefings about SARS in 2002 and 2003 all the unknowns our best medical minds acknowledged about viral pandemics. When this one began, I knew there was no playbook on the shelf that guaranteed a quick, easy victory. And none was found.

The last two long years will leave deep marks on our souls. Lives ended way too early, often alone. Others remain alive but badly damaged. Young people were forced to postpone college, careers, marriages and families. Children have been dealt learning setbacks that could put them behind where they would have been for the rest of their lives. These are only a few of the prices the world has and will pay.

We know this pandemic will subside—we fervently pray it will and soon—but until then, too many families will see a loved one leave this life as mine did this week.