If Only Sanders Were More Blunt 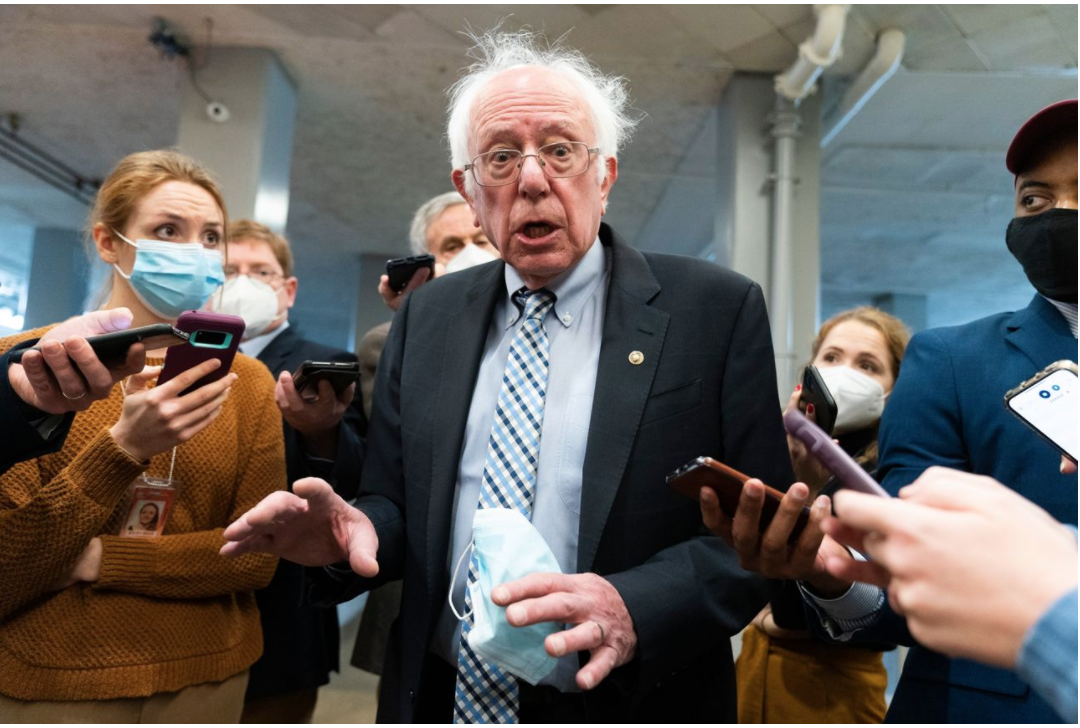 Getting the U.S. Senate to do something isn’t easy. How would you convince skeptical colleagues and outline thorny issues for voters? Two senior senators recently demonstrated very different methods of dealing with these problems. One deftly framed the debate over a contentious bill; the other recommended his party go full kamikaze.

Our kamikaze, Sen. Bernie Sanders (I., Vt.), appeared on NBC’s “Meet The Press” Sunday to excoriate every Republican and two Democratic senators for not caving in to the 48 Democrats backing the Build Back Better Act’s cornucopia of new welfare benefits and seeking to pass a federal takeover of elections by killing the filibuster.

“A new direction” is needed, he told Chuck Todd. Democrats must “take it to the Republicans” by breaking the bills into pieces and making the Senate vote on each element. Republicans would then pay a price for opposition, says the Vermont socialist, rather than just getting to watch Democrats bicker among themselves.

There are several issues with Mr. Sanders’ strategy. First, it would highlight the bill’s essential problem: It takes 10 years of revenue to pay for a year of the child tax credit, four to five years of new ObamaCare subsidies, six years of prekindergarten and child-care subsidies, and so forth. But everyone knows these programs are all likely to get extended for the full 10 years if passed. This gimmickry hides the true cost, which the Congressional Budget Office says is $4.7 trillion, not the $2.4 trillion advertised, with the difference added to the national debt. At a time when many Americans’ believe their paychecks are being stretched by inflation caused in part by needless government spending, why make vulnerable Democratic senators cast such votes?

Also, scrutiny on each specific measure will cause problems for some Democrats at home. Take the climate provisions. How popular would it be if Democratic senators from Montana, Colorado, and New Mexico voted to shut down their states’ energy production? Or how about purple-state senators voting for welfare benefits without a work requirement?

Mr. Sanders wasn’t preaching party unity in his interview. He endorsed the Arizona Democratic Party’s censure of Ms. Sinema, and when Mr. Todd asked if Mr. Biden could “count on your vote” for “almost any compromise” the president negotiated, Mr. Sanders shot back: “Absolutely not.”

Despite Mr. Sanders’s posturing, Democrats are unlikely to subject themselves to more attempts to approve either Build Back Better or their election legislation on straight party-line votes. No televised tantrums by Mr. Sanders will convince them otherwise.

Mr. Blunt complimented his Democratic colleagues, saying their speeches reminded him of the Senate’s “broad-based talent,” before recalling a remark Mr. Schumer made about how the senators listen “to each other as people expressed different views.”

He then expressed his different views. Democrats allowed no amendments on a measure that “would dramatically change” elections. Why? After 2016, Democrats called for a massive election-law revisions because there wasn’t “enough security in state elections”—and after 2020, they again called for major changes while saying “the elections were the most secure” in history. As a former Missouri secretary of state, Mr. Blunt found most voters “have more opportunities to vote now than they had in 2018,” pointing to improvements such as replacing cumbersome signature-verification procedures with the objective standard of a driver’s license number.

He then pointed out how radical his Democratic colleagues’ proposals are. For one thing, the bill disrupts efforts “to maintain accurate voter rolls” and gives House candidates $6 in taxpayer money for each $1 they raise from donors. Try defending either, Mr. Blunt said.

While expressing friendship with and admiration for the departed Rep. John Lewis (D., Ga.), after whom Democrats named their election bill, Mr. Blunt reminded his colleagues that while the 1965 Voting Rights Act Lewis fought for, and which the Missouri Republican voted to reauthorize, was 12 pages long, this bill was 735 pages, packed with offensive provisions.

Mr. Blunt closed by defending the filibuster, reminding Democrats of their recent statements about “how critically important it was that those rules never be changed” and dismissing the notion there could be a “carve-out for the election administration.” It would really be the first of many carve-outs, which would eventually reduce the filibuster to nothing. Mr. Blunt defended the filibuster, saying it has “kept the country from wildly going in one direction and back in the other.” Ending it would be “a disaster.”

The two approaches of Messrs. Sanders and Blunt provide a striking contrast in political leadership. One bullied his colleagues; the other laid out his case forcefully but respectfully. No wonder Senate Democrats are floundering and Senate Republicans on the rise.