My Predictions Are 2 For 3—Thanks, Oscar 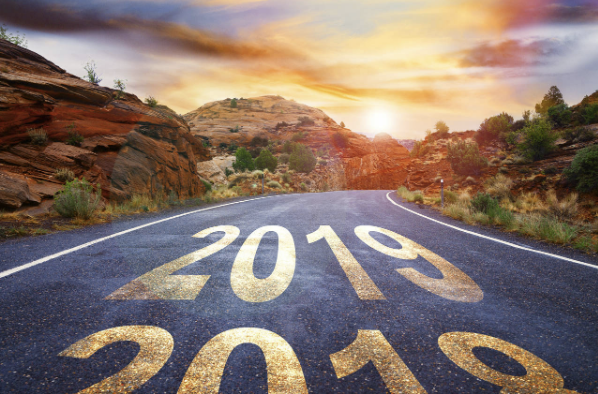 I made 29 predictions last January, and since accountability matters, how’d I do? At year’s end, I got 19½ right and 9½ wrong—in some instances, wildly so.

Begin with the correct predictions: The GOP modestly expanded its Senate ranks, picking up two seats, and dropped below 30 governorships, their tally falling to 27. Republicans also shed several hundred state legislative seats: 253 to be precise.

The Russia investigation produced no evidence of the Trump campaign colluding with Moscow. Special counsel Robert Mueller wasn’t fired. He and the U.S. attorney for the Southern District of New York indicted 30 more individuals. And the Mueller probe appears to be winding down.

China signed more trade deals (three) than the U.S. (one). The North American Free Trade Agreement hung on, albeit under a different name. There was no U.S.-U.K. free-trade agreement.

Research on smartphones and social media suggested teens who are online more are more depressed, and heavy users are twice as likely to display attention-deficit or hyperactivity symptoms.

In a surprise (to me, anyway), I got more Oscar picks right than wrong. Gary Oldham won best actor (deserved) and “Shape of Water” best picture (undeserved). My sole sports prediction—Alabama as national champs—was correct.

I got three forecasts half right and half wrong. As predicted, Congress failed to pass a $1 trillion infrastructure program, but it didn’t approve something smaller, either. Entitlement reform sputtered out, but lawmakers failed to pass modest welfare reforms. There’s been no war with North Korea, and while Pyongyang has nuclear weapons, experts doubt it has missiles that can reliably reach U.S. cities.

My wrong predictions start with a doozy: Republicans did not keep the House with 220 seats. With a North Carolina seat unfilled amid fraud allegations, they’ll be lucky to get 200. U.S. growth did not exceed 3%; it’s likely to be 2.9%. Nor did Mr. Trump trade a Dreamer fix for more border-security spending.

With last year out of the way, here are my fearless predictions for 2019:

Mr. Mueller knows something big that we don’t—but he’ll tell us. We’ll find that Mr. Trump knew about the June 2016 Trump Tower meeting with the Russians. On the other hand, the investigation won’t find evidence the Trump campaign conspired with Russia, though it will find the family business kept the door open to a Moscow hotel deal far too long. Mr. Trump will have legal exposure on hush-money payments to Karen McDougal because Michael Cohen tapped a corporation for the dough with Mr. Trump’s knowledge. The House will impeach the president, but the Senate won’t convict him.

By spring, fissures will emerge among congressional Democrats on health care and the proposed Green New Deal. Congress will end 2019 less popular than it began, and Speaker Nancy Pelosi’s favorability rating will be almost 20 points lower than Mr. Trump’s.

There will be at least 20 Democratic presidential candidates. Joe Biden won’t be one of them. Elizabeth Warren and Bernie Sanders will lead the pack, along with Robert Francis O’Rourke as the party’s shiny new toy.

China will pledge to purchase more from America and cut tariffs on U.S. goods but will continue to facilitate intellectual-property theft. Mr. Putin will escalate tensions in Ukraine and strike somewhere else, too. Iranian surrogates will increase attacks on Israel’s northern border.

Mr. Trump’s approval ratings will hold steady but the strongly disapprove will hover in the high 40s with the strongly approve in the mid-20s. U.S. growth will be less than 2.5%.

If you think this is easy, start your scribbling!

Article
Bernie Sanders badly needed to win the Michigan primary. It was 2016, and he’d lost eight of 12 Super Tuesday contests to Hillary Clinton and split delegates almost equally in the four contests the following weekend. ...
Read More
Share on:
“
https://t.co/UVcnIyJadI
”