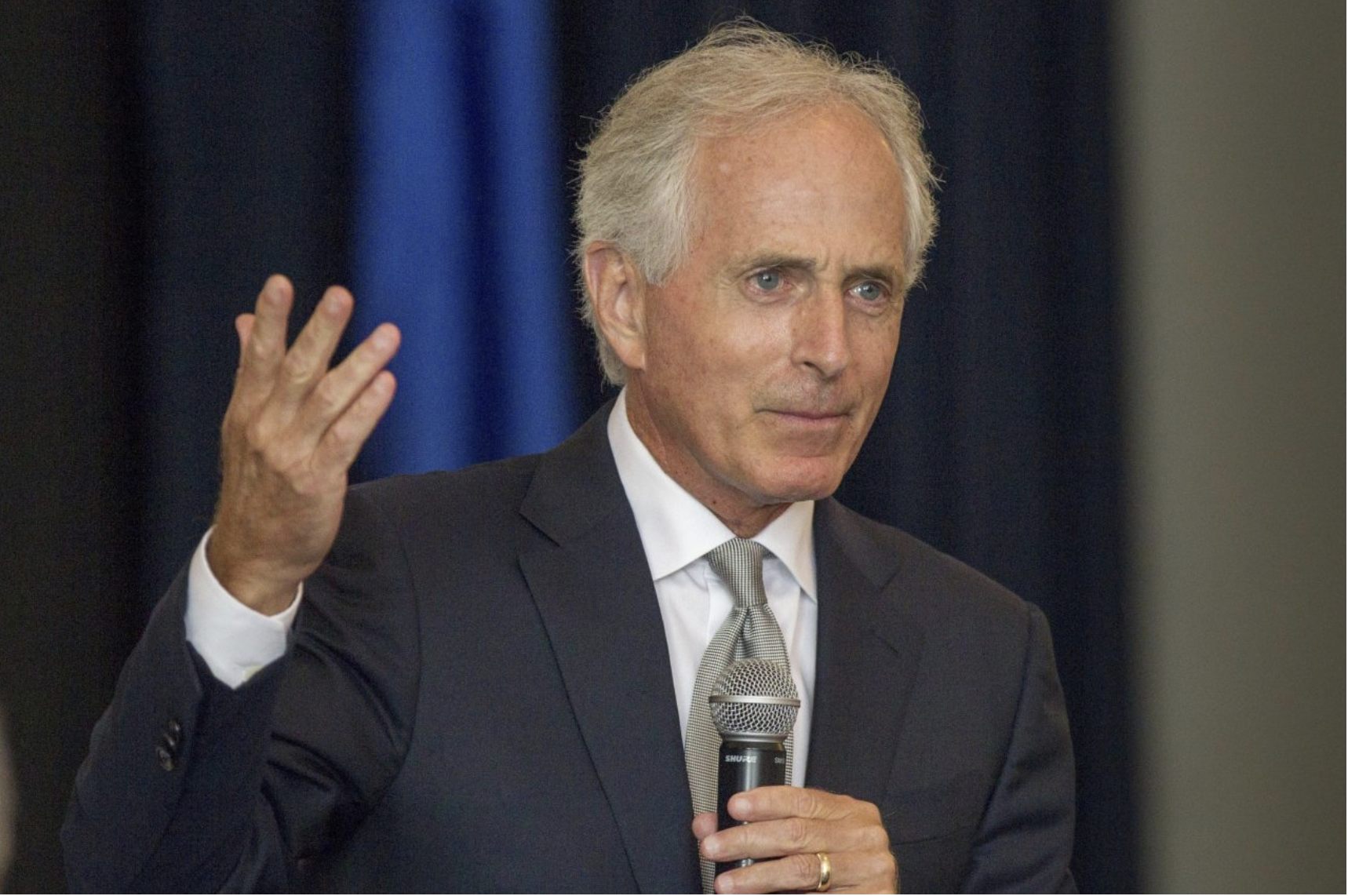 The feud started a week ago Wednesday, when Sen. Bob Corker (R., Tenn.) told a reporter that Secretary of State Rex Tillerson, Defense Secretary Jim Mattis and White House Chief of Staff John Kelly are “people that help separate our country from chaos.”

What good did that do?

The Tennessee senator was correct when he added that these men “work very well together to make sure the policies we put forth around the world are sound and coherent.” But his first remark made them look bigger and saner than Donald Trump. The president hates that: Advisers who are portrayed that way tend to lose influence and, sometimes, their jobs.

Mr. Trump responded, unsurprisingly, with a Twitter assault. “Bob Corker ‘begged’ me to endorse him for re-election,” the president wrote. “I said ‘NO’ and he dropped out.” Mr. Trump also said he expected Mr. Corker to “stand in the way of our great agenda,” and that the senator “didn’t have the guts to run!”

What good came from this?

Mr. Corker announced last month that he would retire next year, honoring his 2006 pledge to serve only two terms. Freed from electoral worries, he expressed concern that tax reform might add to the deficit. Why then did Mr. Trump, who wants to hold together the GOP’s slim Senate majority to pass tax reform, risk alienating Mr. Corker further?

The senator’s staff corrected the record, explaining the true reason for his retirement. But Mr. Corker responded with a tweet of his own: “It’s a shame the White House has become an adult day care center. Someone obviously missed their shift this morning.” How constructive. Now every disagreement Mr. Corker has with the administration will be chalked up to personal animus. Mr. Trump repaid him with a tweet mocking the senator’s stature by calling him “liddle.”

Perhaps the president no longer expects his legislative agenda to pass and hopes his blitz on Mr. Corker will further position Congress as the scapegoat. If that’s Mr. Trump’s thinking, he should think again. It makes him look ineffective and weak and may allow Democrats to take the House or Senate for the final two years of his term.

If Mr. Trump thinks life in the Oval Office is unpleasant now, he should ponder the investigations and obstructionism the Democrats will launch if they take the majority in either chamber, with a presidential election looming in 2020.

As if all this weren’t bad enough, a week ago Tuesday the vice president’s chief of staff, Nick Ayers, floated a Republican “purge” at a closed-door meeting with donors. Mr. Ayers, an able and generally affable Georgian, was right to warn that the GOP is “on track to get shellacked” in 2018 unless Republicans pass tax reform and other major legislation. But then he suggested donors could help purge Republicans who insufficiently support Mr. Trump: “If we’re going to be in the minority again, we might as well have a minority who are with us.” Good grief.

I understand the frustration. I spent an inordinate amount of my nearly seven years in the White House trying to corral Republican votes for a Republican president’s agenda. When congressional allies defect from the administration’s program, it can be maddening. But senators and representatives are elected by the people and feel obligated to follow not just their own beliefs but the wishes of their constituents. Sometimes that puts them at odds with the White House.

In the 2000 campaign, George W. Bush offered detailed plans for reforming education and adding a prescription-drug benefit to Medicare. The first idea became No Child Left Behind, which passed the House in December 2001, 381-41, with 33 Republicans voting “nay.” The second proposal, Medicare Part D, was approved by the House in November 2003, 220-215, with 25 Republicans against.

A handful of Republicans opposed both bills, among them Rep. Mike Pence of Indiana. But the Bush White House never considered a “purge” of Mr. Pence or other wayward allies. We knew we’d always need their support on something else—terrorism, tax cuts, social issues. Better to persuade than threaten, to keep the door open and sustain a fractious majority than to push Congress into the hands of an energized “resistance.”

Steve Bannon’s alt-right faction loves this high-profile Republican-on-Republican conflict for the same reason Democrats do: It disrupts the GOP. Before angrily tweeting at each other, officials at both ends of Pennsylvania Avenue should think of Sen. Chuck Grassley’s reaction to this mess—“Cool it!”—and ask “What good will this do?”