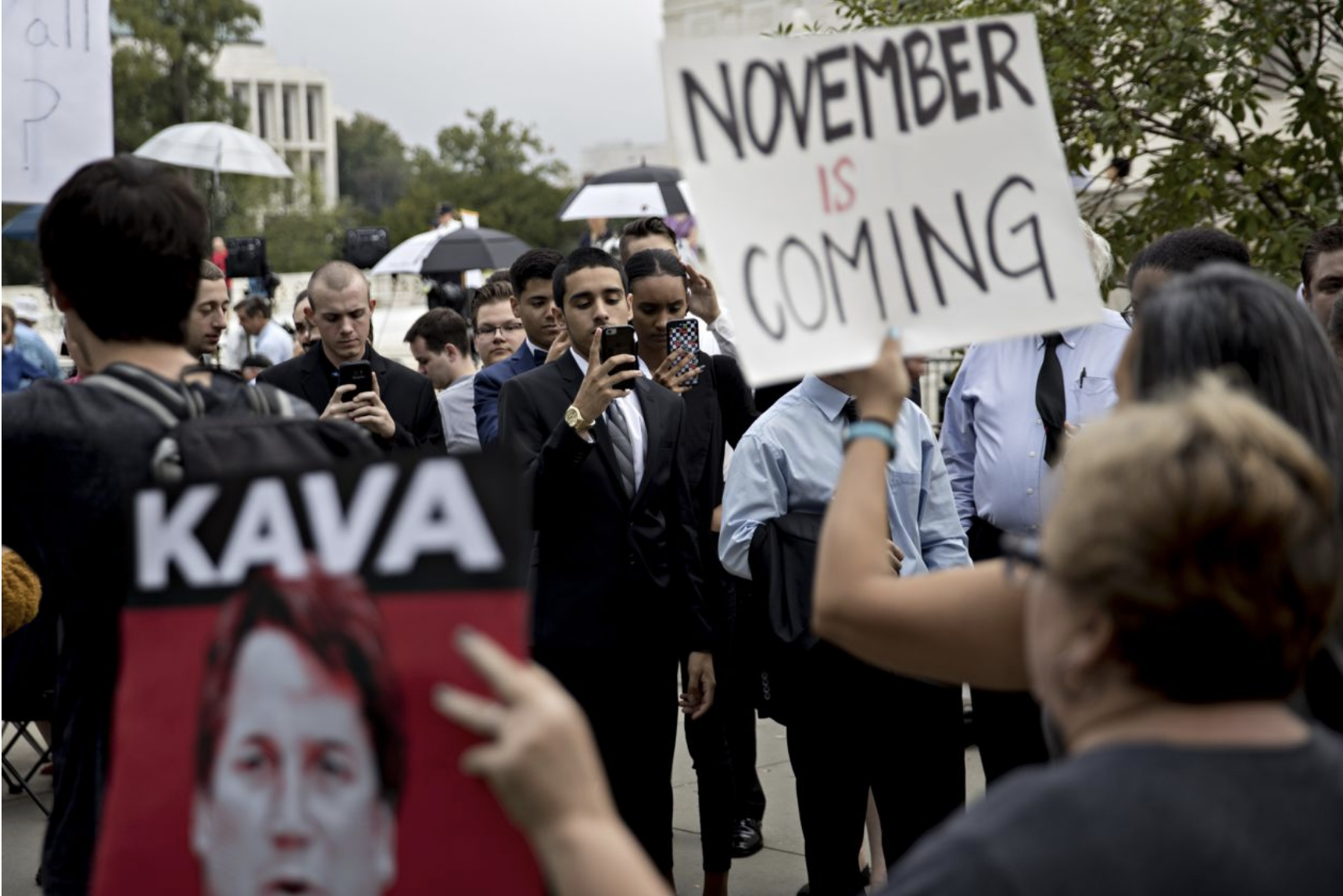 There was a similar change in the generic ballot. In the Sept. 12 Quinnipiac poll, voters preferred Democrats to Republicans for the House by 52% to 38%. Jump to Oct. 2 and the same survey finds 49% support for the Democratic candidate and 42% for the Republican, cutting the gap in half.

But it isn’t just about Justice Kavanaugh. The GOP position has improved as Republican voters are naturally rallying to their party. Democratic voters committed to their candidates earlier than Republicans did, but starting in September—even before Democrats made the Kavanaugh confirmation a circus—Republican enthusiasm was growing. The confirmation battle was an accelerant for a trend already under way.

In the Tennessee Senate contest, Democrat Phil Bredesen led in five of six public polls between March and August. But since Labor Day, Republican Marsha Blackburn has led in four of five surveys and is ahead by 5.5 points in the Real Clear Politics average. That makes sense: Tennessee has many more Republicans than Democrats. In 2016 Donald Trump won the state by 26 points, and the last time a Democrat won a statewide election was in 2006. (It was then-Gov. Bredesen, incidentally.)

Republicans in Missouri also got engaged in September. After leading in only one of eight polls between March and August, state Attorney General and GOP Senate hopeful Josh Hawley has been tied or narrowly ahead of Democratic Sen. Claire McCaskill in five of six polls since early September and now leads by half a point in the RCP average.

This is also consistent with the fundamentals: Mr. Trump carried Missouri by more than 18 points in 2016, Republicans control the state Senate 23-10 and the state House 118-45, and they’re six of eight congressmen. In September, before the Kavanaugh hearings, Mr. Hawley seemed to be hitting his stride. After the confirmation, he’s owned the issue of judges, using it to cement his support and swing more conservative Republicans into his column.

North Dakota and Indiana are similar: Democrats rallied behind incumbent senators this spring and summer, while Republicans took until September to begin developing the same levels of support and enthusiasm. The Kavanaugh hearings sped that process, reminding voters what’s at stake.

Something similar is happening in purple states like Arizona. GOP Rep. Martha McSally began closing the gap there in mid-September, buoyed by an ad showing her opponent, Democratic Rep. Kyrsten Sinema, speaking against a bill raising penalties on men who hired child prostitutes. Ms. Sinema said, “I don’t think that’s fair,” and added that some of her 12- and 13-year-old students “looked older than me.”

Since then, Ms. Sinema has found it difficult to explain other embarrassing statements, such as calling Arizonans “crazy” in 2011 and the state a “meth lab of democracy” in 2010. When a conspiracist talk-radio host asked in 2003 if she had a problem with Americans joining the Taliban to fight the U.S. in Afghanistan, she replied, “Fine, I don’t care if you want to do that, go ahead.”

Those comments won’t fly in John McCain’s state. Ms. Sinema’s rhetorical missteps and Ms. McSally’s growing confidence as a candidate have given the Republican a narrow lead in the RCP average. Private polls show even bigger gains.

The dual effects of the past two months—Republican voters coming home, plus the Kavanaugh hearings—are also showing up in House races, especially where there are effective GOP candidates. Consider Minnesota’s Eighth District and Nebraska’s Second, where national Democrats ceased much of their outside spending this week because Republicans Pete Stauber and Rep. Don Bacon are pulling away. Similarly, by dint of hard work and smart campaigning, Rep. Will Hurd in Texas’ 23rd District has moved his seat from tossup to lean Republican in the Cook Political Report, and Maria Elvira Salazar has easily made Florida’s 27th District—an open GOP seat Democrats hoped to flip—a very competitive race.

All this is a reminder that election results are not preordained or driven wholly by impersonal forces. They are heavily influenced by the quality of candidates and campaigns. With 19 days until the election, lots of twists and turns are still possible.