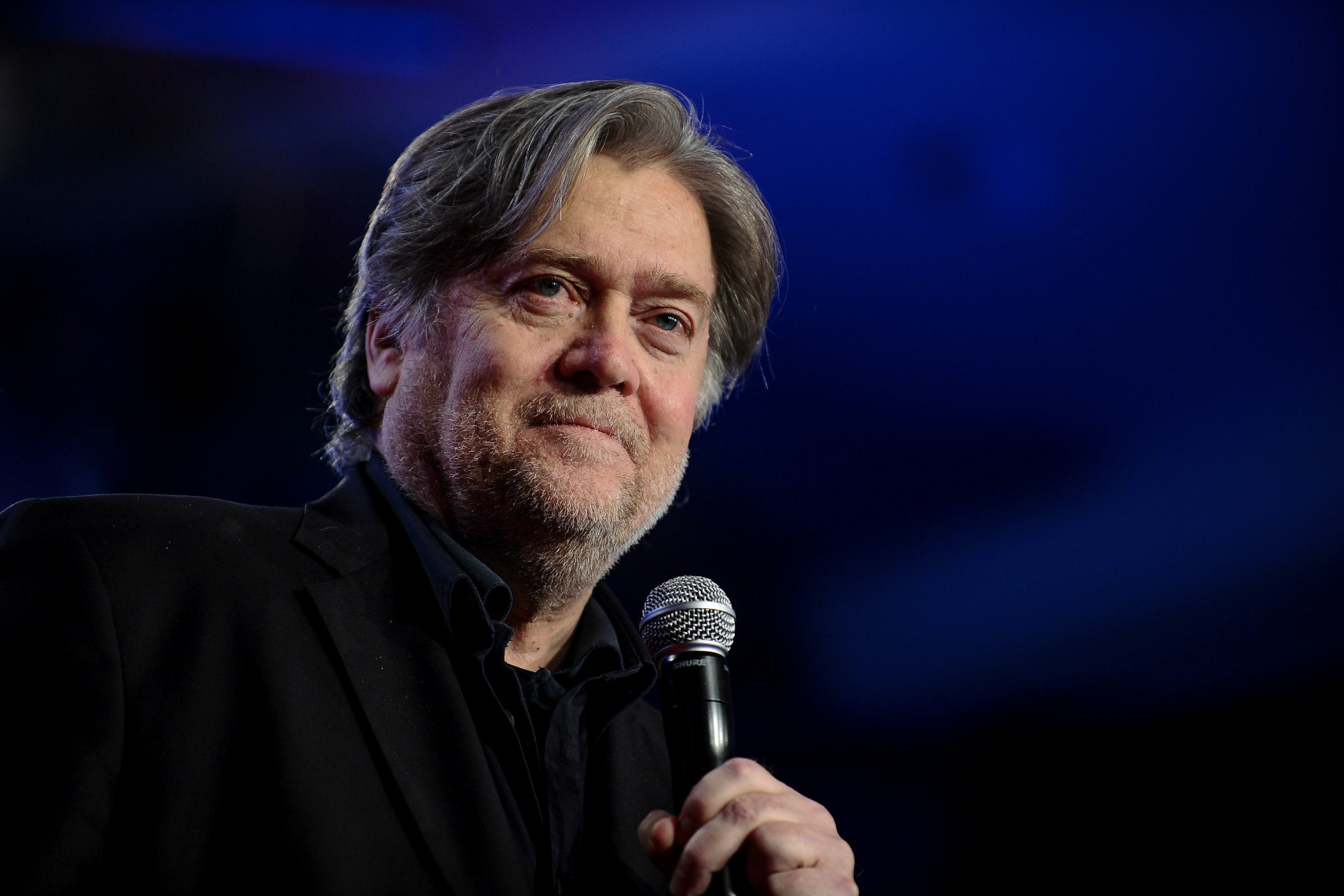 Steve Bannon, the failed presidential adviser and alt-right sympathizer, has declared war on incumbent Republicans, particularly Sen. Mitch McConnell. From his perch at Breitbart, Mr. Bannon is vowing to defeat officeholders who back Mr. McConnell as majority leader or who won’t sign onto Mr. Bannon’s populist agenda. So what kind of challengers is Mr. Bannon marshaling for the midterms?

Mr. Bannon has also tried recruiting his first gubernatorial candidate: Colorado’s former Rep. Tom Tancredo, a nativist who once said President Obama was “a more serious threat to America than al Qaeda,” who routinely attacks immigrants for turning America into a “Third World country,” and who earlier this year accepted a speaking invitation from a white-nationalist group.

Mr. Bannon is also throwing support to upstart Senate challengers. In Nevada, where Sen. Dean Heller is up for re-election, Mr. Bannon supports Danny Tarkanian, a perennial candidate who has lost five races for four different state and federal offices. Mr. Tarkanian’s sixth time is unlikely to be the charm.

On Tuesday Mr. Bannon was in Arizona campaigning for Kelli Ward against Sen. Jeff Flake. As a state senator, Ms. Ward held a June 2014 town hall to explore the claim that jet contrails are really chemicals sprayed by the government for weather, mind or population control. She later expressed no regrets about hosting this conspiracy confab, saying elected officials are supposed to “listen to the people” and “get them the information that they need to feel confident that they live in a safe environment.” Ms. Ward has praised Edward Snowden, who fled the U.S. in 2013 and has been charged with espionage. She supports eliminating the Patriot Act, which provides vital tools to combat Islamic terrorism.

In Wyoming, Mr. Bannon is recruiting Erik Prince, founder of the security firm Blackwater, to challenge Sen. John Barrasso. Mr. Prince was born in Michigan and keeps a second home in Virginia. But he and his family have lived in Abu Dhabi since 2010.

He now runs Frontier Services Group , a security company financed by a Chinese state-owned conglomerate and hired to protect Chinese energy projects in Africa. He is scouting Wyoming real estate and trying to score a local driver’s license, but no one from Abu Dhabi has ever been elected in Wyoming.

Mr. Bannon justifies his jihad against incumbent Republicans by claiming that they “do not want Donald Trump’s populist, economic nationalist agenda to be implemented.” That’s nonsense. Keep in mind that after being forced out of the White House in August, Mr. Bannon declared that “the Trump presidency that we fought for, and won, is over.” He also attacked Mr. Trump’s policy toward North Korea and criticized the president’s support for a bill that would keep the “Dreamers” from being deported.

Furthermore, Nate Silver’s Five Thirty Eight reports that six of the seven Republican senators seeking re-election next year have voted with the president’s position more than 90% of the time. So has every member of the Senate leadership. Mr. McConnell and Mr. Barrasso both have sided with the White House 96% of the time. The figure for Texas Sen. Ted Cruz is only 94%, yet Mr. Bannon deems him acceptable.

It will be more than a year before the curtain closes on Mr. Bannon’s script for a Republican Götterdämmerung. But his first test is Alabama’s Dec. 12 special election for the Senate. Mr. Bannon’s pick, Roy Moore, leads Democrat Doug Jones by a mere 4.4 points in the Real Clear Politics polling average. Over the past two decades, the typical margin for an Alabama Republican running statewide is about 23 points.

While still favored to win, Mr. Moore’s margin will be the first evidence of whether Mr. Bannon has picked a team of winners or just a collection of misfits and ne’er-do-wells.