Hurry Up And Impeach 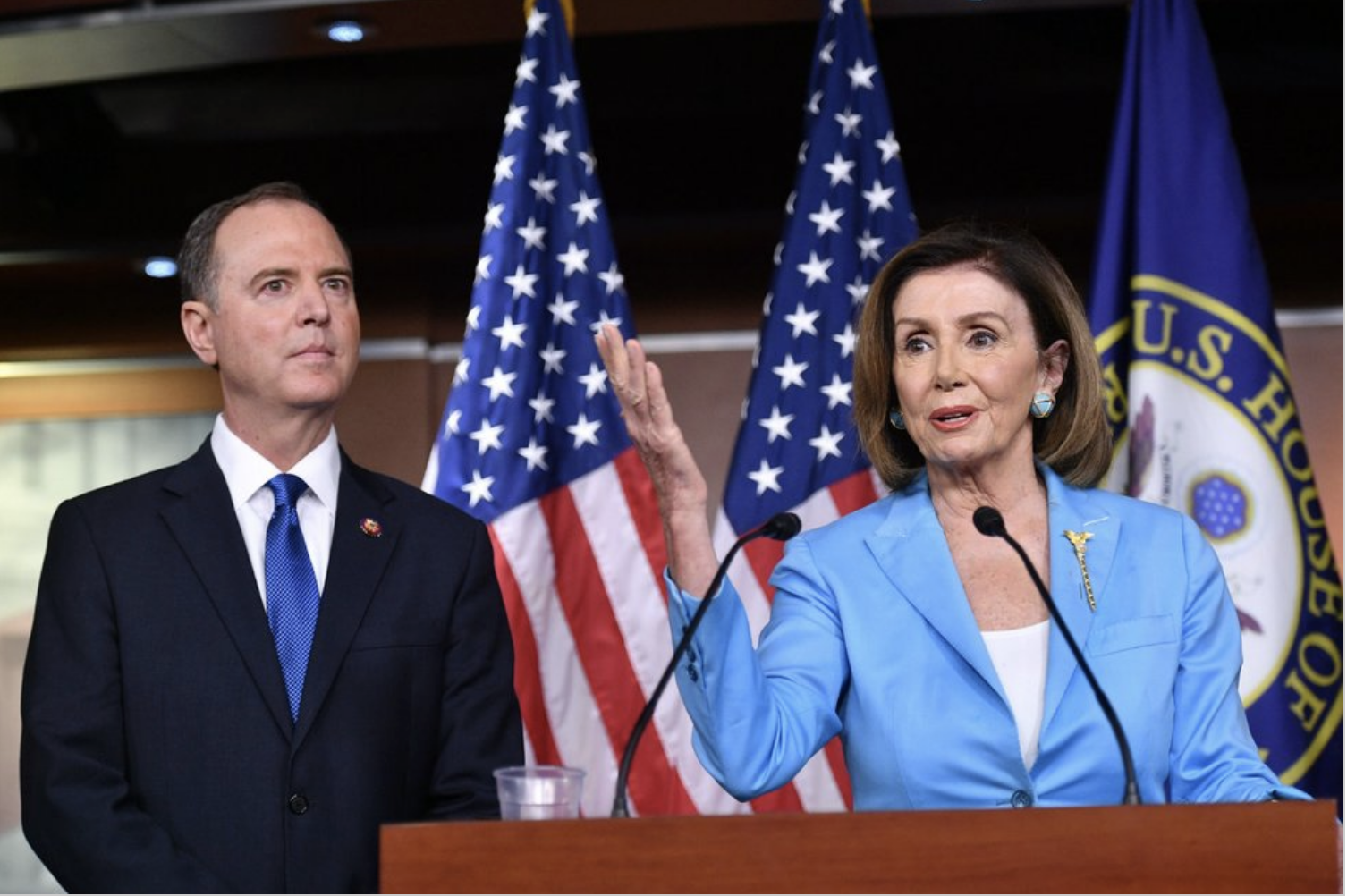 It has been only 10 days since Speaker Nancy Pelosi declared that the House was “moving forward with an official impeachment inquiry” of President Trump, and Democrats are already blowing it.

They are moving much too quickly. Democrats toss around the word “urgent” as if speed is the prime imperative—more important than finding the truth or following procedure. After explaining that events “accelerated the pace” for beginning impeachment, Mrs. Pelosi told reporters, “We have to strike while the iron is hot,” repeating the phrase for emphasis. That means House Democrats will likely hold hearings for a few weeks once they return in mid-October, and aim for a floor vote on articles of impeachment by year’s end.

Mr. Pompeo pushed back, arguing that two business days wasn’t enough time for those called to consult private and department lawyers and prepare to answer questions under oath, let alone for the State Department to review the requested documents to decide whether they are privileged or classified, or whether to cooperate at all.

In response, the chairmen threatened Mr. Pompeo, saying delay “is illegal and will constitute evidence of obstruction of the impeachment inquiry.” They’re bluffing, but this is how they operate. Verdict first, trial later. Break the rules. Ignore due process. And fairness be damned.

The impeachment process began not with the House voting to authorize an inquiry, as has been done previously, but with Speaker Pelosi simply declaring it is under way. This denied the opposition the right to certain protections and procedures, such as guaranteeing the ability to call witnesses and requiring committee votes on important matters. It means Mrs. Pelosi can give six Democratic committee chairmen a piece of the inquiry rather than lodging it all with Judiciary Chairman Jerrold Nadler. The New York Democrat has proved a lousy public face for his party as well as an incompetent director of the impeachment orchestra.

Mrs. Pelosi should be dubbed “Czarina Nancy the Great” for protecting her caucus’s vulnerable members from a tough vote on launching an impeachment investigation. By simply granting herself power to authorize the process, she hopes to minimize the fallout for red-district Democrats while still sending the Senate a resolution demanding the removal of a president she detests. Good luck with that. If this is all they got, two-thirds of the Senate ain’t going along.

The rhetoric of House Democrats has made them appear inept—and appearances aren’t always deceiving. Consider Mr. Schiff’s stunt in opening the Intelligence Committee’s hearing on Mr. Trump’s conversation with the president of Ukraine. Mr. Schiff channeled his inner Martin Scorsese to revise the call’s transcript, adding new words to make it sound like a scene out of “Goodfellas.” He read his treatment to a national cable audience, only later admitting it was a “parody.”

Financial Services Chairman Maxine Waters tweeted Tuesday that “impeachment is not good enough for Trump. He needs to be imprisoned & placed in solitary confinement.” That last part, such a nice touch!

Yet all this zeal is unlikely to convince America that it’s right to overturn the last presidential election and pre-empt the next one—only a year away—by evicting the occupant of the White House.

Impeachment will drown out public awareness of legislation House Democrats passed to “lower drug costs, increase worker pay and clean up Washington,” as their website proclaims, leaving them to look impeachment-obsessed. The good news for Democrats is that impeachment will also drown out their caucus’s goofy ideas. Rep. Alexandria Ocasio-Cortez introduced six bills last week to create a “just society” with national rent control, federal benefits for illegal aliens and more. The program’s idiocy makes her Green New Deal look like the Federalist Papers.

Democrats have apparently forgotten that President Nixon resigned only after 13 months of hearings. A Senate select committee investigation was led by Democratic Sen. Sam Ervin, a self-described “country lawyer” from North Carolina, assisted by Tennessee Republican Sen. Howard Baker, who famously asked, “What did the president know and when did he know it?” This was followed by a three-month House Judiciary Committee inquiry. Even then, Mr. Nixon decided to go only because a “smoking gun” tape recording was released.

Two generations later, House Democrats are taking a different tack. Rushing to remove this president may be cathartic for them, but their transparent partisanship and unfairness will ensure that they fail—leaving the country even more divided and bitter.