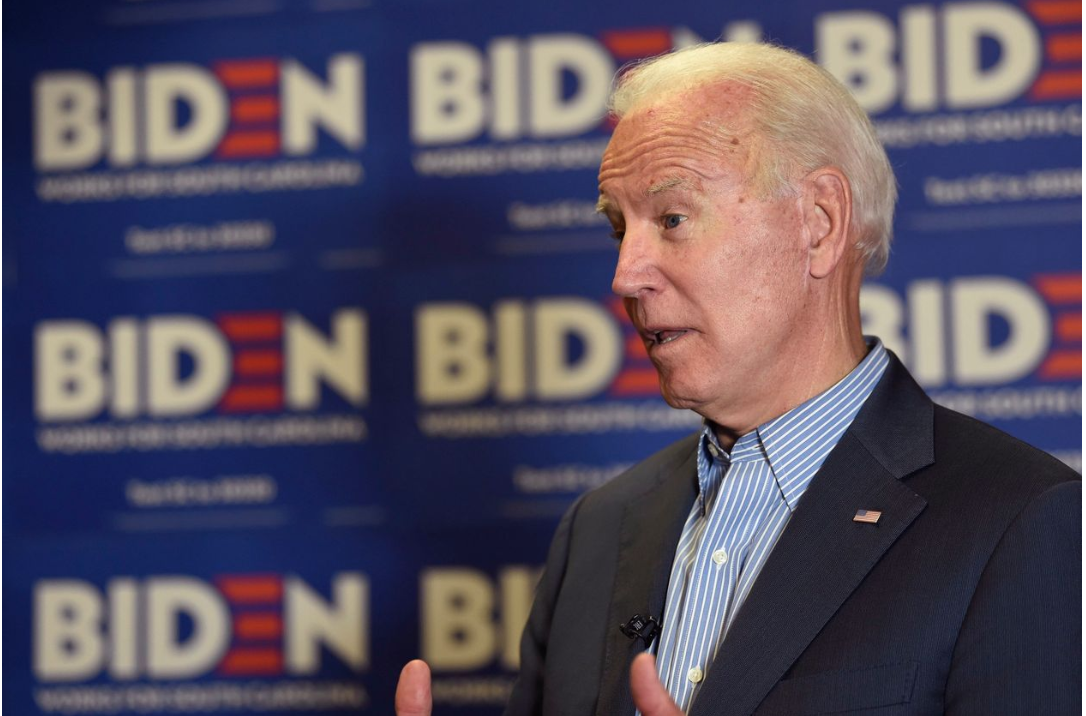 Joe Biden has a Hunter problem, and it’s not going away. We saw that during the former Vice President’s tone-deaf appearance Sunday on “60 Minutes.”

Before we get to the interview, some context: In February 2014, Ukrainians pushed out President Viktor Yanukovych, widely reviled for both tolerating corruption and delaying and then rejecting a popular agreement that tied the country closer to the European Union. Mr. Yanukovych escaped to Moscow, where Vladimir Putin gave him refuge.

The next month, Mr. Putin seized the Ukrainian Crimea and in April he invaded eastern Ukraine, taking control of a significant amount of Ukrainian territory in a war that continues today.

At about the same time, Mr. Biden’s son Hunter joined the board of Burisma, Ukraine’s largest gas company, along with Devon Archer, a longtime associate of then-Secretary of State John Kerry. The younger Mr. Biden received as much as $600,000 a year for attending a handful of company meetings, despite his complete lack of experience in the energy business or Ukraine.

Burisma was controlled by an Ukrainian oligarch, Mykola Zlochevsky. He formed the company after serving under Mr. Yanukovych as Ukraine’s minister of ecology and natural resources and doling out gas distribution rights, some of which ended up with Burisma. By April 2014, the month the younger Mr. Biden joined Burisma, the United Kingdom had opened a money-laundering probe into Mr. Zlochevsky and froze $23 million in his London bank accounts. (Mr. Zlochevsky was never convicted of any crimes and denied any wrongdoing, and the money was later released after Ukrainian officials failed to cooperate with the investigation.) In August 2014 the Ukrainian prosecutor general announced an investigation into Burisma and Mr. Zlochevsky. That case was closed in 2016 and no charges were filed.

Even before his son joined Burisma, Vice President Biden had been leading U.S. efforts to encourage Ukraine to crack down on the country’s corruption, which was giving ammunition to those Ukrainians seeking accommodation with Russia. In October 2014, Ukraine responded by creating a new anticorruption bureau and a special prosecutor to handle the cases it developed. By late 2015 the vice president was calling for the ouster of Ukraine’s prosecutor general for going soft on corruption.

With that as background, CBS’s Norah O’Donnell asked the former vice president on Sunday, “You understand people say, ‘Joe Biden, he’s an experienced politician, statesman, knows the issues of Ukraine. Why didn’t he just say to his son, ‘this is one to take a pass on. It may not look good.’ ” Mr. Biden’s reply was that his son “was already on the board and he’s a grown man. And it turns out he did not do a single thing wrong.”

So Hunter Biden’s cashing in on his dad’s position by joining a murky Ukrainian company’s board for which he was unqualified wasn’t wrong. Apparently it’s perfectly acceptable for Hunter to be paid vast sums to lend Burisma his last name as a potential shield against action from Kyiv. After all, Hunter is a grown man.

So is his father. And the senior Mr. Biden had plenty of time between April 2014 and December 2015 to either tell his son to get off Burisma’s board or inform President Obama that he, the vice president, was compromised because of his son’s involvement and couldn’t take the lead on pressuring Ukraine on anticorruption issues. Neither happened.

How could the elder Mr. Biden be so blind to the impropriety of his son serving on Burisma’s board while he was pressuring Ukraine to fight the corruption that Burisma allegedly represented?

There were many public warnings. When Burisma announced the appointment of the younger Mr. Biden and Mr. Archer in May 2014, it drew criticism in the Washington Post and elsewhere. When the vice president went to Kyiv in December 2015, The Wall Street Journal reported on the conflict of interest, quoting a Ukrainian anticorruption official: “If an investigator sees the son of the vice president of the United States is part of the management of a company . . . that investigator will be uncomfortable pushing the case forward.”

President Obama, Mr. Kerry and national security adviser Susan Rice also bear responsibility. Were they blind to the conflict of interest or simply unwilling to tell good old Uncle Joe that his son’s activities were problematic?

Joe Biden’s campaign is already plagued by big challenges from poor fundraising to subpar debate performances to a dismal message. The Hunter debacle has eaten away at the vice president’s greatest strength: He’s the most electable Democrat.

The Hunter-Burisma problem that’s plaguing the Biden campaign could have been avoided. It wasn’t. And now it’s here to stay.