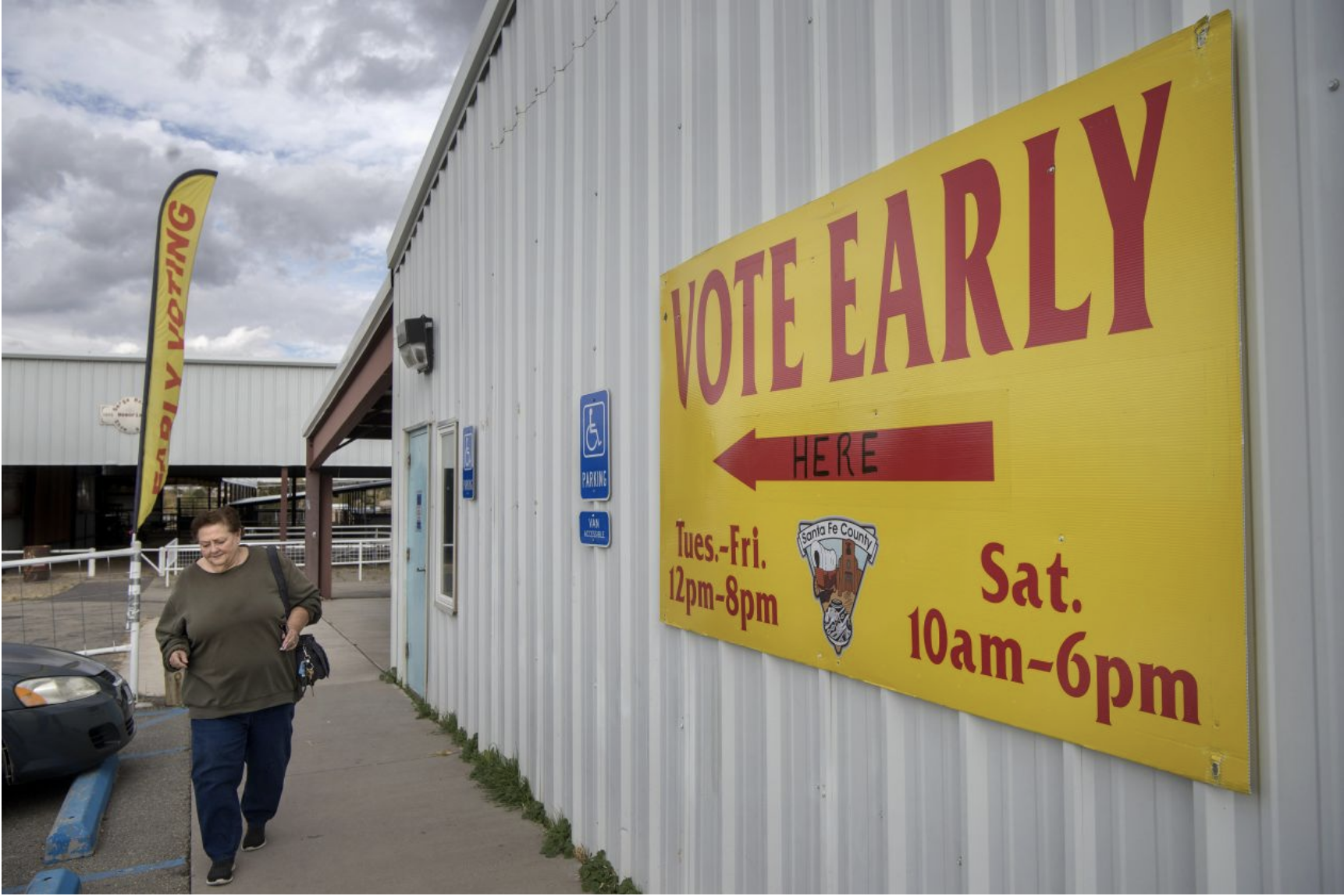 The final week of a midterm election is always brutal. Candidates rush from event to event, staffers debate the campaign’s closing message, fundraisers scrabble for the last dollar, and volunteers beg supporters to turn out to vote.

Get-out-the-vote efforts now assume special importance. Careful planning, precise targeting, months of preparation, and vast amounts of volunteer hours now either pay off in early and absentee voting as well as Election Day turnout, or they don’t and campaigns sink. But initial reports are good for Republicans. Last week NBC News found “GOP-affiliated voters have surpassed Democratic-affiliated ones in early voting in Arizona, Florida, Georgia, Indiana, Montana, Tennessee and Texas”—all of which have key races for Senate, governor or both.

Nevada is the only state with a crucial Senate race in which NBC reported a Democratic advantage in early voting. That’s accurate but incomplete. As of Tuesday night, Nevada’s early-voting results show an over 3-percentage-point swing toward the Republicans from the last election’s early voting. Since Democrats carried the state by 2.4 points in 2016, the GOP looks to be in the hunt for the state’s Senate and gubernatorial races.

Early voting also suggests the GOP has made gains in Arizona. As of Monday night, 464,491 Republicans had voted, compared with 356,106 Democrats and 252,810 independent and other early voters. That represents a 5.4-point swing to Republicans in a state they carried by 3.6 points in 2016. That’s good news for GOP Gov. Doug Ducey and Senate hopeful Martha McSally.

Florida Republican Senate candidate Rick Scott and gubernatorial standard-bearer Ron DeSantis also look to be benefiting from early voting. As of Tuesday night, Republicans have cast 41.9% of early and absentee ballots, versus 40.1% by Democrats. This represents a 3-point swing toward Republicans in a state President Trump carried by 1.2 points in 2016.

These early results—and others from Indiana, Montana, Tennessee and Texas—suggest the GOP’s odds of holding the Senate remain strong. Yet early voting is only a preview of the election—and not always an accurate one. Trends favoring Republicans may not continue. The Republican get-out-the-vote machine could falter; Democratic numbers could improve; independents could break decisively against the GOP; or soft Republicans could cast protest votes, diminishing the party’s apparent improvements. Moreover, the GOP early-voting advantage could turn out to be fool’s gold: Republicans may be transferring votes from Election Day to early or absentee ballots without expanding the universe of GOP voters. Republicans should not take anything for granted and instead keep operating at flank speed.

Razor-thin margins could decide many races in this election. In 2006, control of the House was settled in 16 contests where the difference between the winning Democrats and the losing Republicans was a cumulative 115,388 votes out of three million total, or an average margin of 7,212 votes. This time, control of the House and Senate will also come down to a few votes in what’s expected to be the highest midterm turnout since 1966.

Last-minute events could alter the outcome. The electorate’s response to the horrific anti-Semitic massacre in Pittsburgh, the explosive devices mailed to liberal and Democratic figures, and the caravan of Central Americans making its way to the U.S. border could all prove crucial in close contests. The president’s approval ratings have dipped from last week’s highs and Republicans are doing worse on the generic congressional ballot.

Victory depends on the energy and effectiveness each party brings to its get-out-the-vote effort. But getting the true believers out to vote—as important as that is—won’t be enough. To win, each party needs to win over a critical mass of those Americans who can still be persuaded. That’s the other key challenge for Republicans and Democrats with less than a week to go.