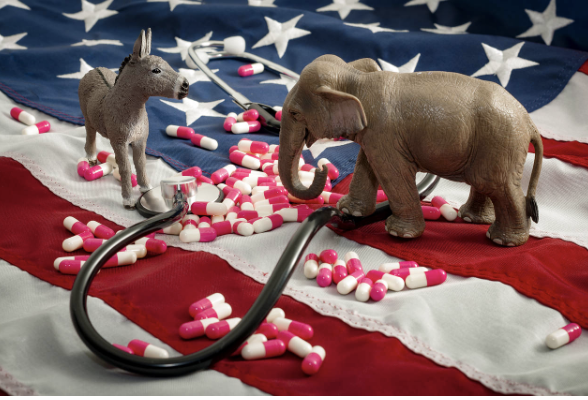 Sen. Bernie Sanders knows what he wants. In a Washington Post op-ed last week, the democratic socialist from Vermont laid out a legislative agenda for the 116th Congress’s first 100 days. Among the dizzying array of proposals Mr. Sanders pushed were his signature “Medicare for All” bill, tuition-free college, student-debt relief, tax increases requiring “wealthy people and large corporations to begin paying their fair share” and a $15 minimum wage indexed to “median wage growth,” not inflation.

Others in the Democratic Party’s increasingly influential democratic-socialist wing are pressing for their own major legislation to pass the House, even if it will go nowhere in the Republican Senate. Rep.-elect Alexandria Ocasio-Cortez, for example, wants a “Green New Deal.” Sounding too much like a Maoist functionary, she describes it as a “national, industrial, economic mobilization plan” to make America carbon neutral.

Ms. Ocasio-Cortez’s plan would end U.S. use of nuclear energy and fossil fuels—coal, oil and gas—within 10 years. She promises to upgrade “every residential and industrial building for state-of-the-art energy efficiency, comfort and safety” and “virtually eliminate poverty” by guaranteeing “a living wage job to every person who wants one” while mitigating “deeply entrenched racial, regional and gender-based inequalities in income and wealth” through a universal basic income, universal health care and other measures.

Republicans must resist the temptation simply to dismiss these radical Democratic ideas with wisecracks and insults. Enthusiasm for socialism and antagonism to capitalism have surged among millennials and Gen Z-ers. State-run economies may have been discredited by the 20th century, but that doesn’t mean new forms of socialism can’t gain a following. Republicans must do the hard work of updating old arguments.

Taking a stand against the ideas of the Democratic Party’s ascendant left can help congressional Republicans rehabilitate their image with voters. This will require sound arguments and careful marshaling of evidence. It means paying special attention to suburban voters who are center-right on economics but turned against Republicans in the midterms, upset about Washington’s implacable partisanship and ugly tone. The GOP message must be communicated consistently and spread far and wide, from town-hall meetings to speeches and press conferences, from cable news to social media.

Consider the arguments against “Medicare for All.” Do voters really want to abolish private insurance? After watching the Department of Veterans Affairs bungle the treatment of the nation’s warriors, do Americans want their personal health decisions made by the unwieldy, unresponsive federal government? Do they want the wait times, the decline in quality, and the slowing of innovation that would come with a takeover by a new federal bureaucracy? And how will the country pay the $32 trillion cost of the Medicare expansion? The average working couple already pay $158,000 in Medicare taxes over their careers. How would they like to see their taxes skyrocket and their care cut? Democrats should be forced to answer for their radicals’ wild ideas.

It’s possible this approach would allow Democrats to set the terms of discussion. But sometimes political parties need to take advantage of opportunities their opposition creates. Making the case against the extreme ideas of democratic socialists like Mr. Sanders and Ms. Ocasio-Cortez will require the GOP to rethink its policies and clarify its conservative vision.

It’s true that democratic-socialist proposals are unlikely to pass the House and, even if they do, the Republican Senate and President Trump can stop them from becoming law. Still, there are at least 123 House sponsors of “Medicare for All,” and that idea and other left-wing ones like it are gaining purchase within the Democratic Party.

A GOP campaign against the Democrats’ economic radicalism may give talented centrist Democrats in Congress a chance to improve their fortunes in red or purple districts by distancing themselves from the Sanders wing of the party. But on the whole, the Democratic cause will suffer in 2020 if their party’s radical approach to just about everything is exposed by Republicans making an effective case.

Moreover, Democratic primary voters are likely to demand a presidential candidate who embraces the left’s agenda. Treating these proposals seriously now will help Republicans hone their arguments for the presidential contest. When voters return to the polls, Republicans will have spent two years working to win the battle of ideas. And ideas still matter in American politics.