When I Faced Adam Schiff 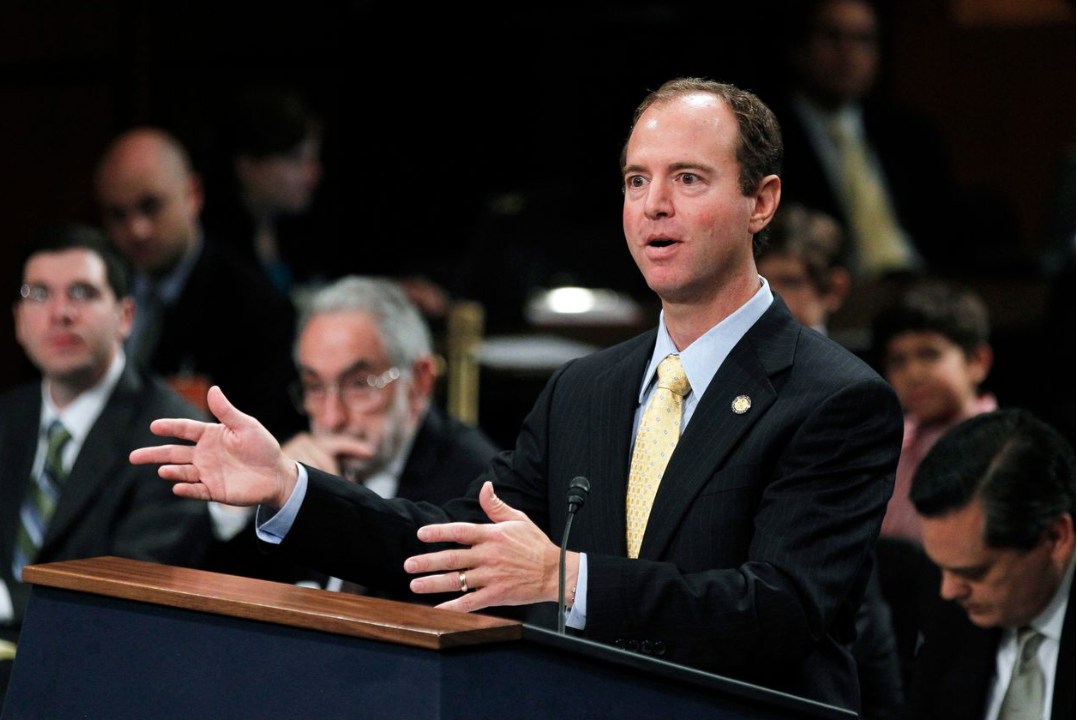 Rep. Adam Schiff recently revealed that, before he entered politics, he wanted to be a screenwriter. He even penned scripts for a courtroom drama and an action-filled spy thriller. Mr. Schiff, now leading the Democratic push to impeach President Trump, hasn’t lost his theatrical flair.

He insisted for months that there was “ample evidence of collusion in plain sight” before the Mueller report blew that claim to hell. Then there was Mr. Schiff’s opening statement for the impeachment proceedings, in which he reimagined Mr. Trump’s call with Ukrainian President Volodymyr Zelensky, presenting an alternate script. It was largely panned as a B-movie “Godfather” rip-off.

Now the would-be dramatist is staging a new production: “Impeaching the President.” His script features secret sessions in the Capitol basement, anonymous whistleblowers, constant and selective leaks of testimony, and, of course, a brilliant performance by the heroic lead.

I’m also skeptical because I was cast in an earlier Schiff production, following my September 2007 departure as deputy White House chief of staff. On May 22, 2008, the House Judiciary Committee subpoenaed me to answer questions regarding the Bush administration’s removal of nine U.S. attorneys starting in 2006 and the prosecution of Don Siegelman, a former Democratic governor of Alabama, who was convicted in 2006 of bribery and fraud and sentenced to seven years.

A New York Times editorial supported the Judiciary Committee’s demand, speculating that I “may have been directly involved” in the “possibly illegal firings” of the U.S. attorneys and claiming Mr. Siegelman’s prosecution “appears to have been politically motivated.” Never mind that U.S. attorneys serve at the president’s pleasure, that all nine were removed for cause, and that a career deputy U.S. attorney with an impeccable reputation led Mr. Siegelman’s prosecution.

An Alabama lawyer named Dana Jill Simpson stoked Mr. Siegelman’s complaints that I had railroaded him. On “60 Minutes” and MSNBC, she alleged I recruited her as an opposition researcher to take down Mr. Siegelman because he threatened the GOP’s hold on the White House. This was absurd: I never met Ms. Simpson, the governor was never going to be president, and her claims on TV sounded unhinged because they were.

None of this mattered. As House Judiciary Committee Chairman John Conyers explained, “We’re closing in on Rove. Someone’s got to kick his ass.”

The subpoena raised issues of executive privilege and was stalemated until the Obama administration intervened to broker a compromise. So on July 7, 2009, I met with Judiciary Committee staff for a day of questioning. On July 30, I appeared for nearly 10 hours before Mr. Schiff, the committee’s designated interrogator.

He hadn’t even prepared. His staff gave him a large notebook full of questions, which he was evidently seeing for the first time. There were long pauses as he reviewed questions before asking them. He was repetitive, leading my lawyer to object frequently that I had already answered a question several times. Mr. Schiff barely touched the Siegelman issue and never raised Ms. Simpson’s accusations. His staffers later admitted to me that they found her a completely unreliable witness.

Following my appearance, in the interest of transparency, I gave my emails and other documents to reporters. I didn’t want to wait for Messrs. Schiff and Conyers to spin the information and “kick my ass.” Predictably, they accused me of sidestepping an agreement not to discuss my testimony. I’d never made any such agreement.

Soon Mr. Schiff wrote a Huffington Post article to get in his shots. He claimed his interviews of former White House counsel Harriet Miers and me revealed that “the White House brought an unprecedented level of partisan pressure to bear” in the decision to fire the U.S. attorneys, and raised the question of “whether criminal charges are warranted.”

No criminal charges were ever filed by the special prosecutor who investigated the matter, but Mr. Schiff enjoyed his moment in the cable-news sun, even though the Siegelman issue somehow disappeared.

Now Mr. Schiff probably hopes the public impeachment hearings will allow him to reprise Tom Cruise’s role in “A Few Good Men” as Lt. Daniel Kaffee—“I want the truth!” But I know from experience that Mr. Schiff isn’t much interested in the truth. He’s more interested in drama, fiction and fame. His calm demeanor masks the heart of a fierce, untrustworthy partisan.