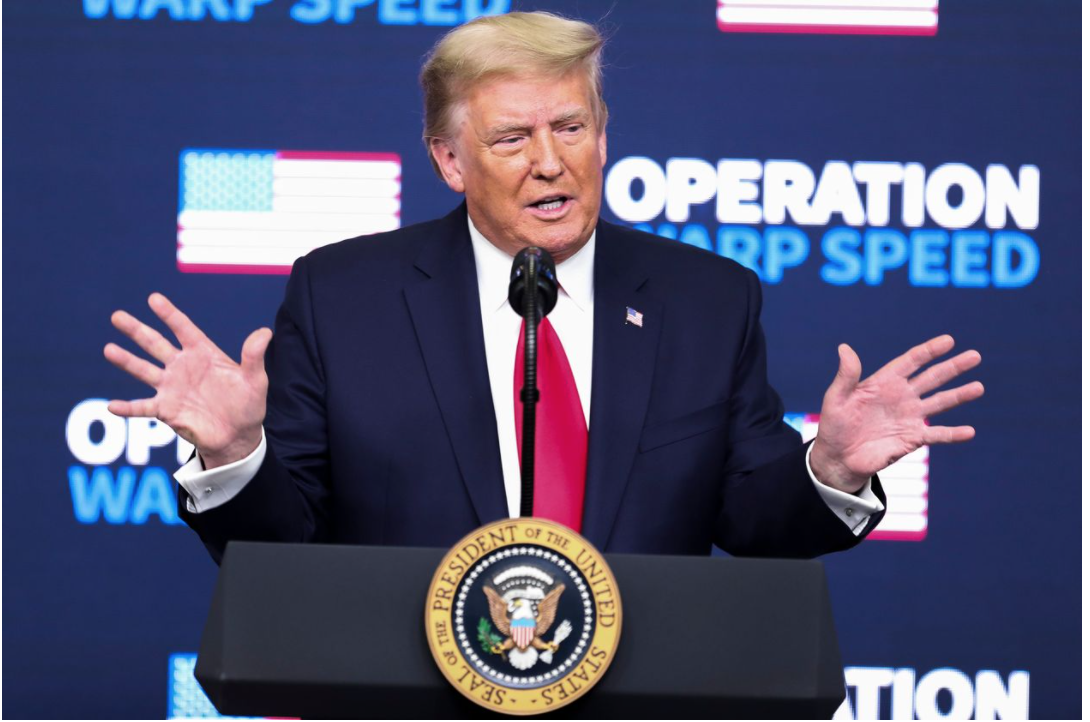 It’s poetic that when the U.K. began its Covid vaccinations Tuesday, the second person to receive an injection was 81-year-old William Shakespeare from Warwickshire, his famous namesake’s home county.

“When sorrows come, they come not single spies, but in battalions,” the Bard wrote in “Hamlet,” using words that aptly describe this awful year. The coronavirus has brought death, suffering, sorrow, isolation, despair and economic ruin. But even as dark winter approaches, we’re sustained by something else: hope.

It comes in the form of vaccines, which typically take years, even decades, to develop—never mind manufacturing and distributing them in quantities large enough to achieve “herd immunity” and make viral spread highly unlikely.

Yet here we are, less than a year after the coronavirus hit, with multiple effective vaccines tested, approved in some countries, and mass-produced. It’ll take months to make billions more, distribute them and inoculate people in numbers large enough to end this global pandemic, so we aren’t out of the woods yet. But we’re witnessing modern science’s amazing ingenuity, creativity and results.

The president and his advisers understood that to get vaccines as quickly as possible, they had to fund multiple companies, prepaying for massive numbers of doses even before they were tested and approved. Starting March 30, the Department of Health and Human Services began doling out $11 billion to eight companies.

What Washington got for our money was low prices for hundreds of millions of doses. The companies got funds essential to ramping up manufacturing of their vaccines or antibody treatments. Throwing money at different solutions without knowing which would work was a gamble, but a smart one that has paid off. Inevitably, some of the money was spent on vaccines that didn’t pan out, but it was worth it. The daily cost of not having a vaccine was greater.

This is also a reminder that presidents leave their successors tools to confront big challenges. In the aftermath of 9/11, President George W. Bush became concerned the nation was unprepared for a biological attack. In response he signed three bills, one in June 2002, a second in July 2004 and a third in December 2006, that gave Washington increased flexibility and authority to deal with pandemics, man-made or natural.

The Bush administration also dealt with a previously unknown virus from China called SARS, and health professionals were concerned about H5N1, the avian flu. While difficult to transmit from human to human, H5N1 had an alarming fatality rate of above 50%. Mr. Bush was particularly concerned that the method available for manufacturing vaccines to deal with such a crisis was too slow and cumbersome. Vaccines were cultured in eggs for six months, one dose per egg, with an unacceptable failure rate. So in November 2005 Mr. Bush asked Congress for $2.8 billion for research to speed up vaccine development and strengthen early detection of viral outbreaks world-wide.

Under Secretary Mike Leavitt, the Health and Human Services Department funded research on stretching egg-based vaccine supplies and a new method of vaccine production that grew viruses in purified lines of cells. The most promising but most difficult of the research funded was the use of recombinant DNA, whereby genes that produce natural defenses are spliced into the DNA of another organism and replicated.

Some promising avenues of research didn’t work out. Others, including improvements in egg-based vaccine production, proved only to be stop-gaps, rendered obsolete by cell- and rDNA-based advances. The last was perfected during President Obama’s administration and is at the heart of the Moderna and Pfizer -BioNTech vaccines.

Funding from HHS, the Centers for Disease Control and Prevention, the National Institutes of Health and even the Pentagon made these breakthroughs possible in academic labs, startups and established drug companies. So here we find ourselves with several vaccines.

Mr. Trump mishandled Covid-19, but what he got very right was the importance of unparalleled speed in vaccine development. By building on his predecessors’ actions, Mr. Trump will make it possible for Joe Biden to preside over this global pandemic’s end. When that comes, there will be time to rejoice. But until then, with many more bleak moments coming, wear masks and maintain social distance.