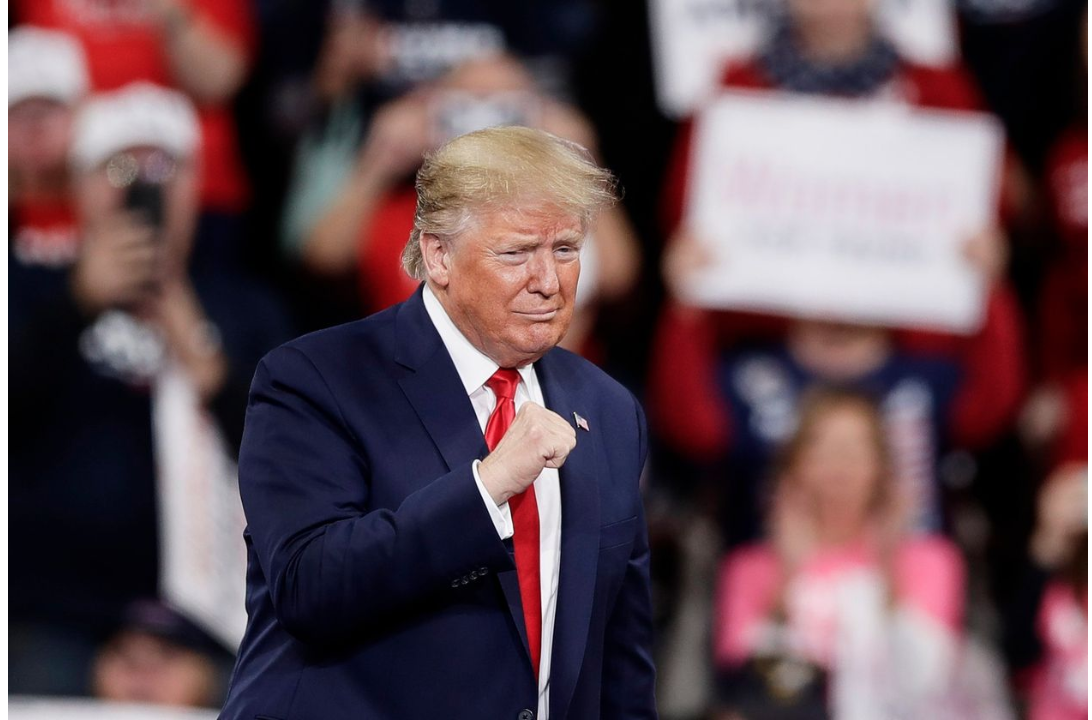 ‘What the heck is going on?”

As my recent travels sent me ricocheting around America, I heard this exasperation about impeachment from the people who’ll decide the 2020 election—the small number of moderate voters truly up for grabs.

Democratic and Republican activists alike are lapping up everything about impeachment. They know the House will impeach President Trump and the Senate will acquit him, but each day’s events add to the moral outrage both sides feel.

I’ve been trying to divine the sentiments of those in the middle, the people who could vote either for Mr. Trump or his Democratic opponent. They are mostly independents, though some are loosely linked to one of the two parties. Virtually all recoil from politics. Most have turned off cable TV. A few favor impeachment but, in my unscientific study, many more look at impeachment and ask, “As a country, don’t we deserve better than this?”

For them, this situation lacks the clarity it has for partisan Democrats, who clamor for Mr. Trump’s defenestration, and partisan Republicans, who scream that it’s a witch hunt. My rolling focus group over the past few weeks indicates to me that independents are mostly skeptical of impeachment and often see it as a waste of time and energy. The Democrats’ charges seem underwhelming to them, contradicted by evidence and containing land mines of hypocrisy that could blow up Democrats, too.

Take the claim that Mr. Trump engaged in a quid pro quo with a foreign power to advance his political interests—that he withheld vital military aid from Ukraine until its government committed to investigate his rival Joe Biden and his son Hunter’s activities in the former Soviet state.

While many independents believe Mr. Trump was seeking such an agreement and don’t like it one bit, they don’t necessarily see an impeachable offense. They point out that the aid was delivered, the Ukrainians didn’t even know it was delayed, and Ukrainian President Volodymr Zelensky says he was never asked for a quid pro quo. Moreover, when Democrats were in power, they never provided the antitank missiles and other lethal assistance Ukraine desired. Mr. Trump did. This leaves many swing voters skeptical that the Ukraine call justifies removing the president from office months before a national election.

And don’t forget the land mine that Democrats could trigger by pressing their claim. In March 2012 President Obama was caught on camera telling Russia’s then-President Dmitry Medvedev to let his soon-to-be successor, Vladimir Putin, know that “on all these issues, but particularly missile defense, this can be solved but it’s important for him to give me space. . . . This is my last election. After my election, I have more flexibility.” Mr. Medvedev promised to alert Mr. Putin that if he didn’t stir up trouble for Mr. Obama, he’d be rewarded with postcampaign “flexibility” on missile defense and other issues. There are explanations as to why this was different from what Mr. Trump did—Mr. Obama wasn’t asking Russia for dirt on Mitt Romney—but there was no Democratic outrage about that quid pro quo. So why now?

That leaves the obstruction charge. Mr. Trump’s refusal to honor subpoenas demanding he provide documents and allow aides to testify strikes many independents as Washington infighting, not the supreme threat to our Republic that Democrats claim.

Here swing voters are right. The Justice Department’s opinion is that “the Executive Branch’s longstanding positive, reaffirmed by numerous Administrations of both political parties, is that the President’s immediate advisors are absolutely immune from congressional testimonial process.” Moreover, “this immunity is rooted in the constitutional separation of powers, and the immunity of the President himself from congressional compulsion to testify.”

This opinion isn’t merely Mr. Trump’s or Attorney General William Barr’s . It was sent by Eric Holder’s Justice Department in July 2014 to the Obama White House in response to Republican demands that a low-level West Wing aide appear before the House Oversight Committee. Which Democrats threatened to impeach Mr. Obama then or the other times he ignored congressional Republican subpoenas?

This helps explain why some polls suggest independents have turned against impeachment. These voters are not paying as much attention to all this folderol as their Republican and Democratic neighbors. Instead they are asking if this is good for the country. Should Congress be spending so much time on a drama in which only the quality of the actors’ performance is in question?

For most swing voters, this impeachment controversy is simply affirming their low opinion of both parties and delaying the start of the national conversation they want to hear in 2020. And since their party is the one pushing impeachment, Democrats have the most to lose.