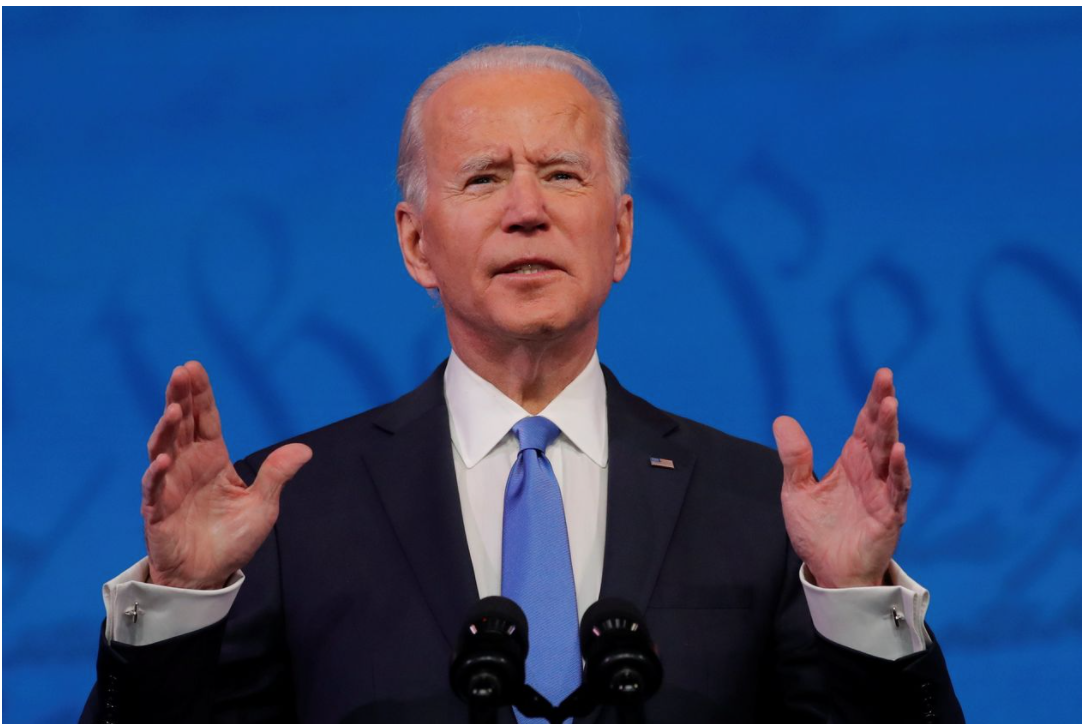 As Monday’s Electoral College meetings in state capitals conclusively settled the race for the White House, Joseph R. Biden Jr. will be sworn in as president on Jan. 20. The outcome has been apparent for weeks, as one Trump campaign lawsuit after another flamed out. Now even prominent Republicans like Senate Majority Leader Mitch McConnell are acknowledging Mr. Biden will be America’s 46th president.

As one person moves into the Oval Office, another moves out—and so Donald Trump will exit 1600 Pennsylvania Avenue, presumably to refinance his business, deal with investigations by the Manhattan district attorney and New York attorney general and keep his options open for 2024.

During this process, Mr. Biden has mostly struck grace notes. Despite provocations, he’s resisted inflammatory rhetoric and endeavored to turn down the temperature of our politics. Until Monday. The president-elect’s tone that night was a mistake.

In his televised remarks accepting the Electoral College results, Mr. Biden angrily denounced Mr. Trump’s efforts to flip the election. He called them “extreme” and “unprecedented” and accused Mr. Trump of having “refused to respect . . . the rule of law” or to “honor our Constitution.” He lectured Mr. Trump about “respecting the will of the people” even if he found those results “hard to accept.”

These points have some validity. The efforts of the Trump legal team were often indefensible. Team Trump’s rhetoric was frequently over the top and backed with scant evidence. But this wasn’t the time to make that point. The inevitable result is that the attacks drew the headlines, not Mr. Biden’s declaration that “we can work together for the good of the nation,” not his call for the country “to unite, to heal,” and not his promise to “be a president for all Americans.”

Monday night was a moment the president-elect could have focused on binding up the nation’s political wounds. Importantly, he could have signaled to the 74 million Americans who voted for Mr. Trump—many of whom are hurt, indignant, and looking for scapegoats—that this nation could move forward together. Instead, Mr. Biden surrendered to his feelings of anger—righteous perhaps, but anger nonetheless. That served to alienate and antagonize nearly half the country and heighten the tribal instincts that are poisoning American politics.

This leads to a larger point, which is that there is an unappealing, unnecessary pugnaciousness to Middle Class Joe that was on display Monday night. Mr. Biden often deploys the same aggressive tone to manage press coverage, especially when the issue involves his family, such as his son Hunter trading on his father’s name and position to get a lucrative board seat at Burisma or a sweetheart financial deal in China.

In those cases, Mr. Biden isn’t content simply to claim that Hunter did nothing wrong. The president-elect also becomes aggressive, often personally attacking reporters who raise legitimate questions, as Bo Erickson of CBS found out Oct. 16 when he asked about a New York Post report about Hunter and Burisma. Mr. Biden responded: “I have no response; it’s another smear campaign, right up your alley.”

When Peter Doocy of Fox News asked a similar question Sept. 19, Mr. Biden accused him of being the president’s tool, calling the allegations of corruption an “abuse of power” by Mr. Trump and claiming that through Mr. Doocy, the president was trying “to smear me.”

Whatever calculation Mr. Biden made in ratcheting up his attacks against President Trump this week, it’s a flawed one. Yes, the president-elect’s defenders will cheer every assault Mr. Biden makes on Donald Trump. But the rest of America will tire of that quickly. Mr. Trump couldn’t unite the country during his presidency with frequent attacks on political rivals and neither can Mr. Biden.

It is now the president-elect’s responsibility to find ways to heal our country. He should put his rhetorical sword in his scabbard and resist the temptation to pull it out and use it just because it feels good. We’ll soon find out if Joe Biden can do that.