How Trump Can Rise Above Impeachment 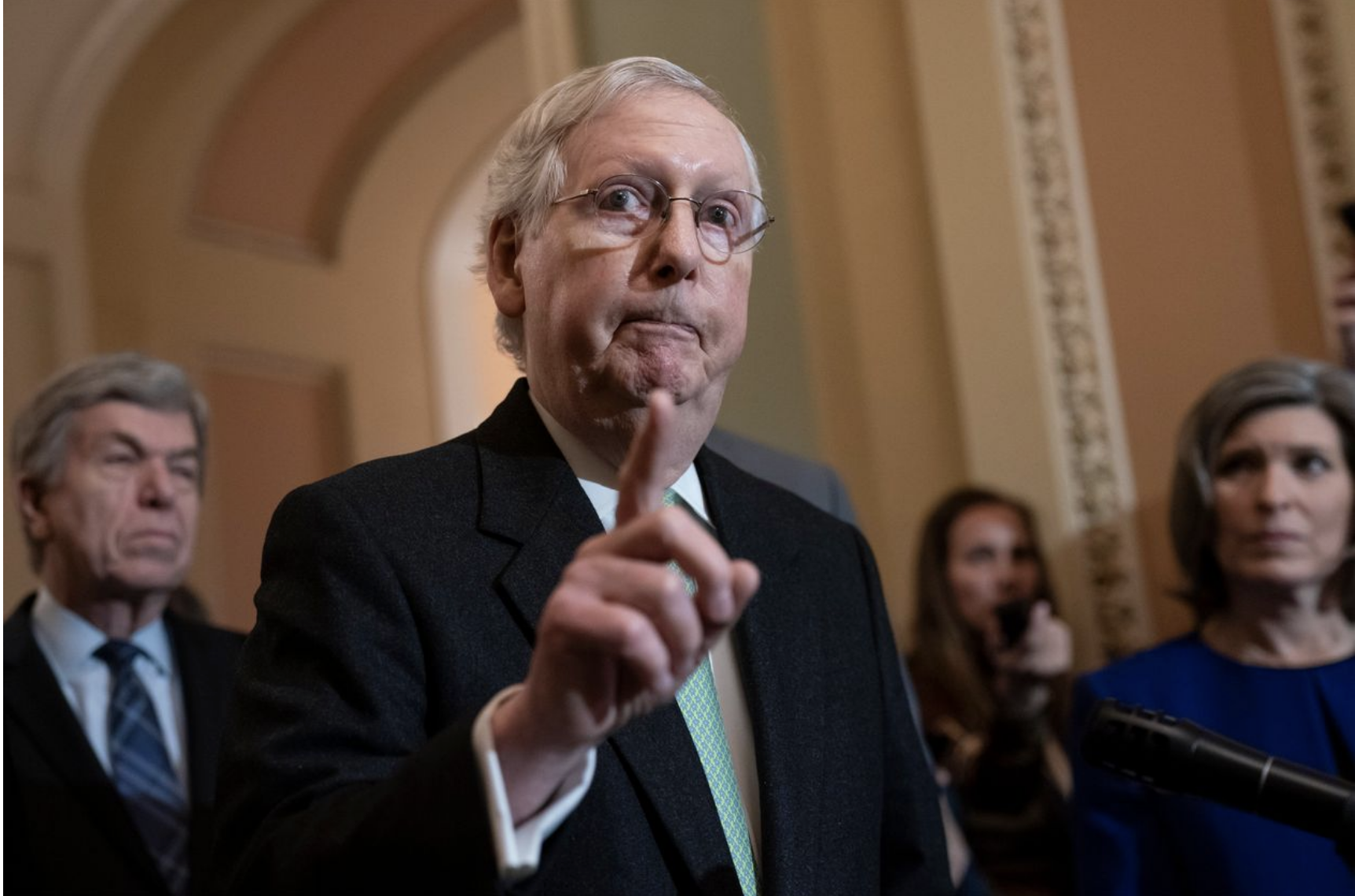 Like many in Washington now, Senate Minority Leader Chuck Schumer is over the top.

When Mr. McConnell rejected that demand Tuesday, Mr. Schumer angrily charged him with cowardice, accusing Republicans of participating in a coverup and declaring he “did not hear a single sentence, a single argument as to why the witnesses . . . should not give testimony.”

Mr. McConnell pungently explained why more witnesses should not be called. The majority leader cited the Constitution, which says the House “shall have the sole Power of Impeachment” and the Senate “the sole Power to try all Impeachments.” It isn’t “the Senate’s job,” the majority leader said, “to leap into the breach and search desperately for ways to get to ‘guilty.’ ”

If the House wanted to question the White House aide quartet, it should have gone to court to compel testimony. It didn’t, probably because judges would be sympathetic to the administration’s arguments on executive privilege and separation of powers. The Senate, Mr. McConnell argued, should consider only the record the House developed from witnesses before its Intelligence and Judiciary committees, and not go on a “fishing expedition.”

While Mr. Schumer was quick to say that “the House has put together a very, very strong case that the president abused his power,” he surely must know that the case is far from that, especially with the election 46 weeks off.

Still, thorny issues remain for the GOP. Though the White House may want it, the Senate shouldn’t subpoena Hunter and Joe Biden. Their conduct is public knowledge and doesn’t bear on the impeachment case. Hunter traded on his father’s name, and Burisma, a Ukrainian gas company of questionable reputation, paid him big bucks. The vice president proceeded to lecture Ukrainians about corruption while Burisma’s owner was under investigation for it. Joe Biden was blind to this apparent conflict of interest.

Calling the Bidens carries the risk that their testimony would make them more sympathetic figures. And rather than contending that the president was justified in pressing for an Ukrainian investigation of Hunter Biden as a precondition for U.S. military assistance, the White House is on stronger ground arguing that aid was released without a quid pro quo being executed.

The White House must also be careful not to overreact to Republican lawmakers who disagree with Mr. Trump’s actions in the affair. Consider Rep. Will Hurd (R., Texas), who during the Intelligence Committee hearings was critical of the president’s “perfect” call and his desire to have authorities in Kyiv investigate the Bidens. Mr. Hurd’s conclusion that this behavior nevertheless didn’t justify impeachment was a big victory for the White House.

What should matter most to Team Trump is ensuring that when this ugly process ends, all or virtually all Republican senators—perhaps with a Democrat or two—vote against removing the president from office. The White House should not undermine this likely outcome by sniping at GOP senators. Friendly fire makes the process look more partisan and less reasonable.

When the Senate votes in mid- to late January to close this drama, the White House should pivot to issues Americans care about. Mr. Trump is already scoring victories on the U.S.-Mexico-Canada Agreement, the phase-one trade agreement with China, and the fiscal 2020 budget. The State of the Union address and the weeks leading up to it will provide the administration even more opportunities to offer a robust, forward-looking agenda. All of this would strike a powerful contrast with the Democrats, who wasted 2019 on impeachment.

The President can’t get re-elected simply by saying: “Vote for me, the economy is terrific, and I’ve beaten impeachment.” Presidents don’t usually win second terms merely for doing a good job. Instead, they must woo voters with a pitch like this: “If you like what I’ve accomplished, look at what we can do next together.” Yes, disqualifying the opposing party’s candidate is often critical. But the element of hope must be stronger than the element of fear.