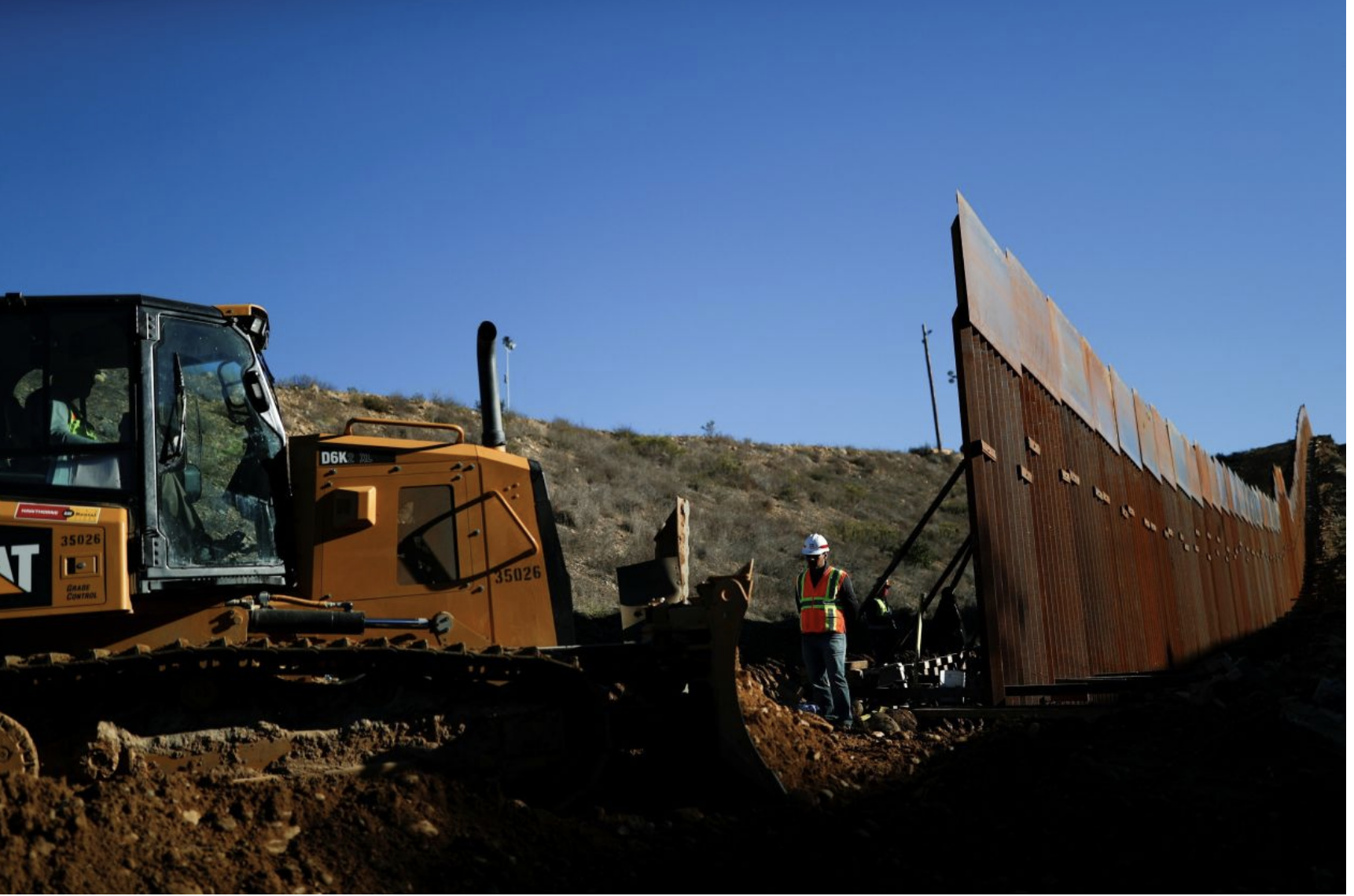 We don’t know how the government-shutdown fight will end. We only know that all the players will come out looking bad. So why are they battling?

The federal budget for fiscal 2019 is $4.407 trillion. President Trump wants $5 billion ($0.005 trillion) for more miles of wall along the border with Mexico. Democrats don’t want to spend a dime on the wall, but Senate Minority Leader Chuck Schumer has countered by offering $1.6 billion (less than $0.002 trillion) for border security.

Mr. Trump wants the wall because he promised it in 2016 and believes it will make America more secure. Democrats oppose it because Mr. Trump promised it and believes in its effectiveness. But Mr. Schumer once had a different opinion: He was among the 80 senators who voted for the 2006 Secure Fence Act, which authorized funding for 700 miles of wall along the border. About 650 miles have since been built, in various forms.

So a difference of $3.4 billion—less than 0.08% of the budget—has left Democrats and Republicans, the president and Congress all willing to shut down part of the government rather than compromise. No wonder Americans see the system as dysfunctional and spread the blame around, though more of it falls on the party holding the White House. A USA Today/Suffolk University poll published Monday found 43% would blame Mr. Trump and Republicans for any shutdown, 24% would blame Democrats, and 30% would blame both parties equally.

With Christmas coming and the House only having returned to work Wednesday, it looks as if Congress will again pass a short-term continuing resolution that keeps affected departments open until Feb. 8. By that point the House will have installed a Democratic majority. It’s hard to see how that improves the outcome for the Trump White House. Democrats will dig in their heels against most Trump-administration initiatives, especially if they emanate from the president’s 2016 campaign.

Nevertheless, the shenanigans of the reality TV show that now passes for our federal government can’t be the GOP’s only concern. If Republicans are to regain their House majority anytime soon, they must win a three-front war. The first front—the one that will get the most attention—will be Democratic efforts to investigate the Trump administration. It’ll start in the House with incoming Judiciary Chairman Jerry Nadler raising questions of obstruction of justice regarding Mr. Trump’s firing of James Comey, incoming Ways and Means Chairman Richard Neal requesting the president’s tax returns, and incoming Oversight Chairman Elijah Cummings examining the president’s financial ties and other supposed scandals in his administration.

For Mr. Trump and his team, this will be hell. Congressional Republicans must master responsibly defending the president while enticing Democrats into overplaying their hand. Though these investigations will dominate news coverage, they must not be allowed to become the only focus of GOP messaging on Capitol Hill.

Republicans must devote much of their thinking and energy to the other two fronts. As described in this column recently, one is to treat seriously the ideas of the Democratic Party’s self-described democratic socialist wing. Republicans must raise the right substantive questions about the progressive agenda and offer a strong, practical case against its core elements.

Moreover, Republicans must advance their own program. The reservoir of generally accepted conservative policy prescriptions must be refilled if the GOP is to make progress in the next election. Some ideas may come from the administration, but it lacks the necessary structure and process to generate much, even if many qualified people staff it. Instead, congressional Republicans need to develop their own ideas and offer changes Americans believe will make their lives and communities better. This is particularly true for House Republicans: The tendency in the minority often is merely to respond to the majority. Resist that.

If all voters know about Republicans two years from now is they are constantly battling Democrats over investigations, then the GOP’s fate will depend on whether Democrats overreach. But relying on your opponent to make mistakes is a dangerous way to operate. Besides, the absence of a concrete agenda could deprive Republicans of what brought them victory in 2016: the sense that they were offering change and Hillary Clinton represented a stale status quo. In a country that prizes change, Republicans must present a new vision for the country or face peril at the ballot box.