The Election Went Down to Georgia 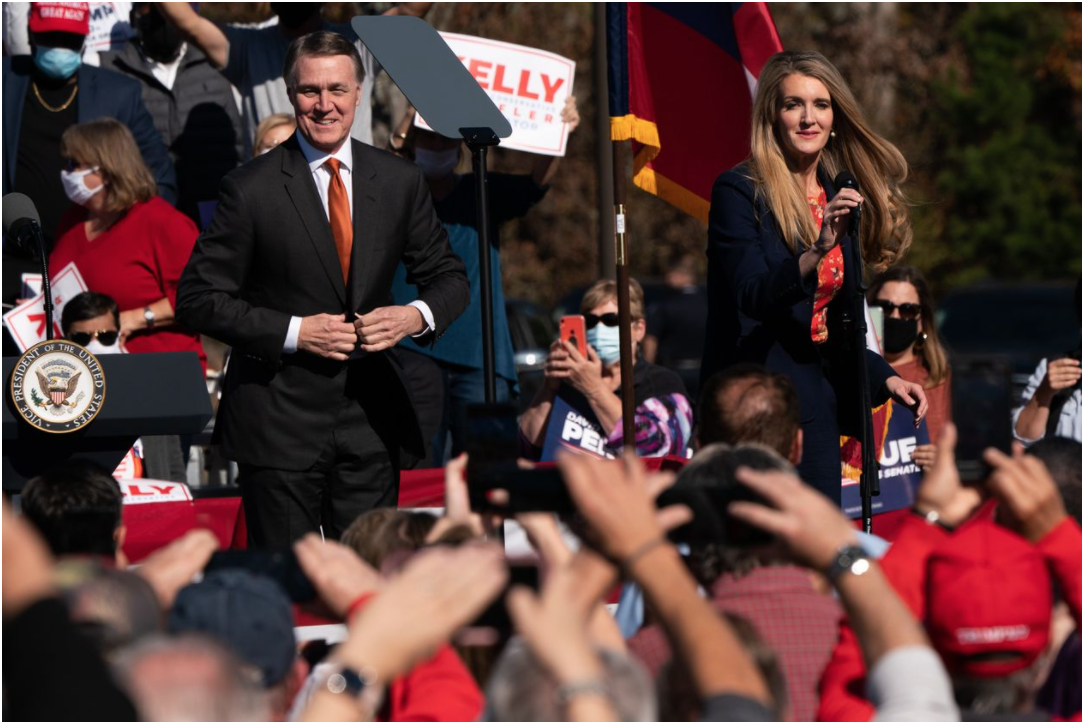 America’s political attention is now focused not on Washington but Georgia, 700 miles south, where a Jan. 5 runoff election will decide that state’s two U.S. Senate seats—and with them, which party controls the upper chamber.

These runoffs are required by Georgia law because no Senate candidate received 50% of the vote in November. Since Republicans on Jan. 3 will have 50 Senate seats while Democrats will hold 48, the GOP can take control of the chamber by winning one of the seats. But it appears there will be little ticket splitting. Both seats are likely to go to the same party.

What little polling there is suggests it will be close. Each party’s base is motivated, and while turnout will be down from November, it will still be large. Both sides will also have enough money. (As chairman of the Georgia Battleground Fund benefiting Sens. David Perdue and Kelly Loeffler and the National Republican Senatorial Committee, I’m working to ensure Republicans do.)

Democrats have some advantages going into the runoff. In November their presidential candidate carried Georgia for the first time since 1992. Their defeated gubernatorial candidate from 2018, Stacey Abrams, has built a formidable get-out-the-vote operation. And the state’s demographic changes favor Democrats.

But Mr. Perdue and Ms. Loeffler’s biggest advantage is the Democrats they’re running against. Both are distinctly left-of-center in a state that isn’t. Mr. Ossoff has aligned himself with Sen. Bernie Sanders, complimenting the Vermont socialist for his views on health care and opposition to corporations. “His advocacy,” Mr. Ossoff gushed, “is welcome, is necessary, is appreciated.”

Mr. Warnock has endorsed the Green New Deal. He may be to the left of Mr. Sanders, having defended the Rev. Jeremiah Wright’s anti-American and anti-Semitic comments and declared from his own pulpit that police have a “gangster and thug mentality” and “act like bullies.” He even told parishioners, “You cannot serve God and the military.” Aren’t there better ways to explain Matthew 6:24 than to insult every person of faith who has worn our country’s uniform?

Georgia Republicans have the stronger ground game: 1,000 field operatives and thousands of volunteers have already canvassed nearly a million voters. Only now have Democrats started to canvass in person. Moreover, the number of requests for mail-in ballots is down one-third from the general election, and a greater proportion of them have come from Republicans, according to GOP data analysts.

Republicans worry, however, about President Trump’s attacks on Georgia’s election machinery, including Twitter assaults on the state’s GOP governor and secretary of state. They’re concerned Republicans will be convinced the race is rigged and stay home, allowing Democrats to win.

Republicans are mounting an industrial-size ballot-integrity effort to reassure the grassroots that their votes will make a difference. A battalion of GOP lawyers are focused on every aspect of the election, from newly registered voters and cameras monitoring ballot drop boxes to matching signatures on requests for mail-in ballots and monitoring precincts and tabulation rooms.

The president’s trip to Georgia Saturday will be key. Rather than simply vent his grievances, Mr. Trump must remind supporters that no matter how frustrated they are with November’s results, they must turn out for Mr. Perdue and Ms. Loeffler. Otherwise, a Democratic Senate would undo many of the president’s accomplishments, advance a very liberal agenda, and spend years investigating the Trump administration’s every action with endless subpoenas.

Democrats prepared the ground for such an appeal. In November, when Senate Minority Leader Chuck Schumer proclaimed, “Now we take Georgia, then we change America!” he was warning every Peach Tree State moderate and conservative that the only way to stop the country’s radical transformation is to elect the Georgia Republicans.

The president can drive that point home by convincing supporters that Mr. Perdue and Ms. Loeffler are their last line of defense. The nation’s fate during the Biden administration—plus much of Mr. Trump’s legacy and his party’s future—may depend on his choice Saturday.