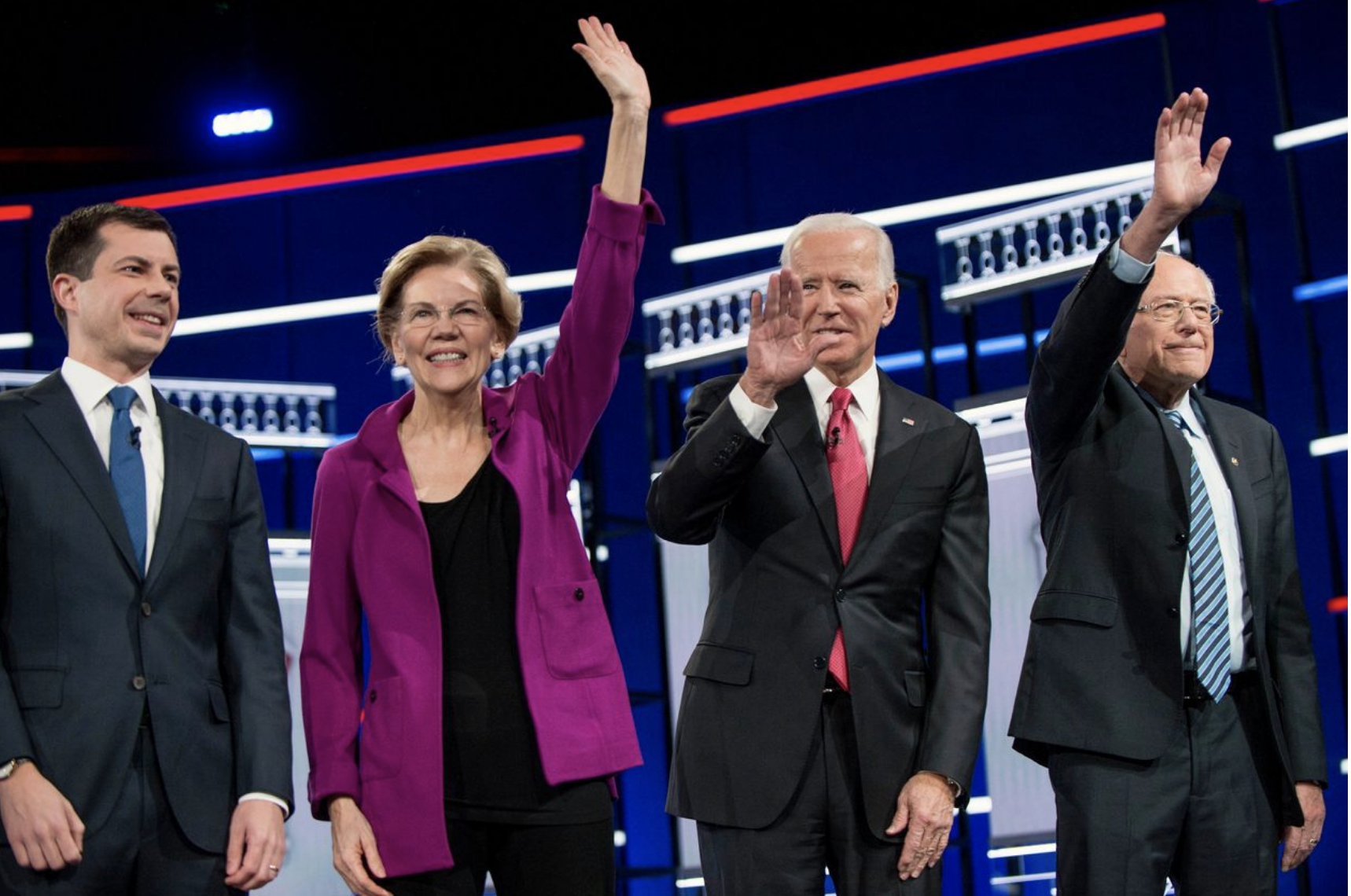 There’s growing concern among Democrats that their July 2020 convention in Milwaukee could open without a candidate who receives a majority of the vote on the first ballot. The last time that happened to the Democrats was 1952.

There are now four candidates—Joe Biden, Pete Buttigieg, Bernie Sanders and Elizabeth Warren—who have enough support and money to be competitive through March. A fifth candidate, Mike Bloomberg, has enough cash to burn a wet mule and a strategy that says he doesn’t care how he does until the 27 primary contests and two caucuses in March. Many mules will perish at his hands.

That’s the field, but consider the rules. Democrats allocate delegates proportionally, meaning if you get 15% of the vote or more in a state or district, you’re in the money—you split the delegates with every other candidate who reaches that threshold. In addition, Democrats are front-loading the contest: More than 69% of delegates will be elected in February and March, when more candidates will likely still be viable and split the vote. That’s 13% more than the number of delegates selected in the first two months of the Democrats’ 2016 nomination battle.

Consider how this affects the outcomes in February’s contests in Iowa, New Hampshire, Nevada and South Carolina.

In Iowa, all four major candidates are polling above 15% and would share in that state’s 41 pledged delegates. If candidates receive the same percentage they’re polling at today, then Mr. Buttigieg, who sits atop the Iowa heap with 24% in the Real Clear Politics average of recent polls, would receive 13 delegates. Mr. Sanders would get 10, while Ms. Warren and Mr. Biden would each net nine.

In New Hampshire, Mr. Biden and Ms. Warren are polling right below the 15% threshold, leaving that state’s 24 delegates to Mr. Buttigieg (13) and Mr. Sanders (11).

In Nevada, the former vice president leads at 29%, trailed by Ms. Warren at 20% and Mr. Sanders at 19.8%. They’d split the state’s 36 delegates with 15 for Mr. Biden, 11 for Ms. Warren and 10 for Mr. Sanders. Mr. Buttigieg is currently far behind and out of the running in the Silver State.

It could get even more splintered if the major candidates lurking right below the 15% threshold in New Hampshire, Nevada and South Carolina get a little wind in their sails. Unless someone gets huge momentum with big early wins, the race could remain fractured through March, making it mathematically impossible for any candidate to waltz into Milwaukee with a first-ballot majority.

In that case, the 765 superdelegates (the Democratic National Committee prefers to call them “automatic delegate votes”) could decide the nomination. A new rule prohibits them from voting on the first ballot but allows them in on the second. Imagine the anger on some parts of the convention floor if the superdelegates—party insiders and elites—go for someone other than the first-ballot leader.

Strange things happen at contested conventions. At the last such Democratic confab in 1952, the nominee was neither the front-runner, Sen. Estes Kefauver, nor Vice President Alben Barkley, ostensibly supported by President Harry S. Truman. Instead, on the third ballot, Democrats nominated Illinois Gov. Adlai Stevenson II.

Party elders felt that only Stevenson could keep Northern and Southern Democrats united, and had tried unsuccessfully to draft him to run. Only after a platform fight about civil rights; a disastrous meeting between Mr. Barkley and labor leaders; and wrangling over a loyalty oath aimed at Southern Democrats that threatened to fracture the party, as happened in 1948, did Stevenson reluctantly agree to run. Truman then arrived in Chicago and ordered some of the candidates out of the contest and favorite-son delegations to swing to the Illinois governor. The party left largely unified and mostly happy.

It is hard to see any of the Democratic ex-presidents playing Truman’s calming role in 2020. Instead, Democrats could be in for a rocky convention, featuring back-room deals and horse trades that anger and fracture the party.