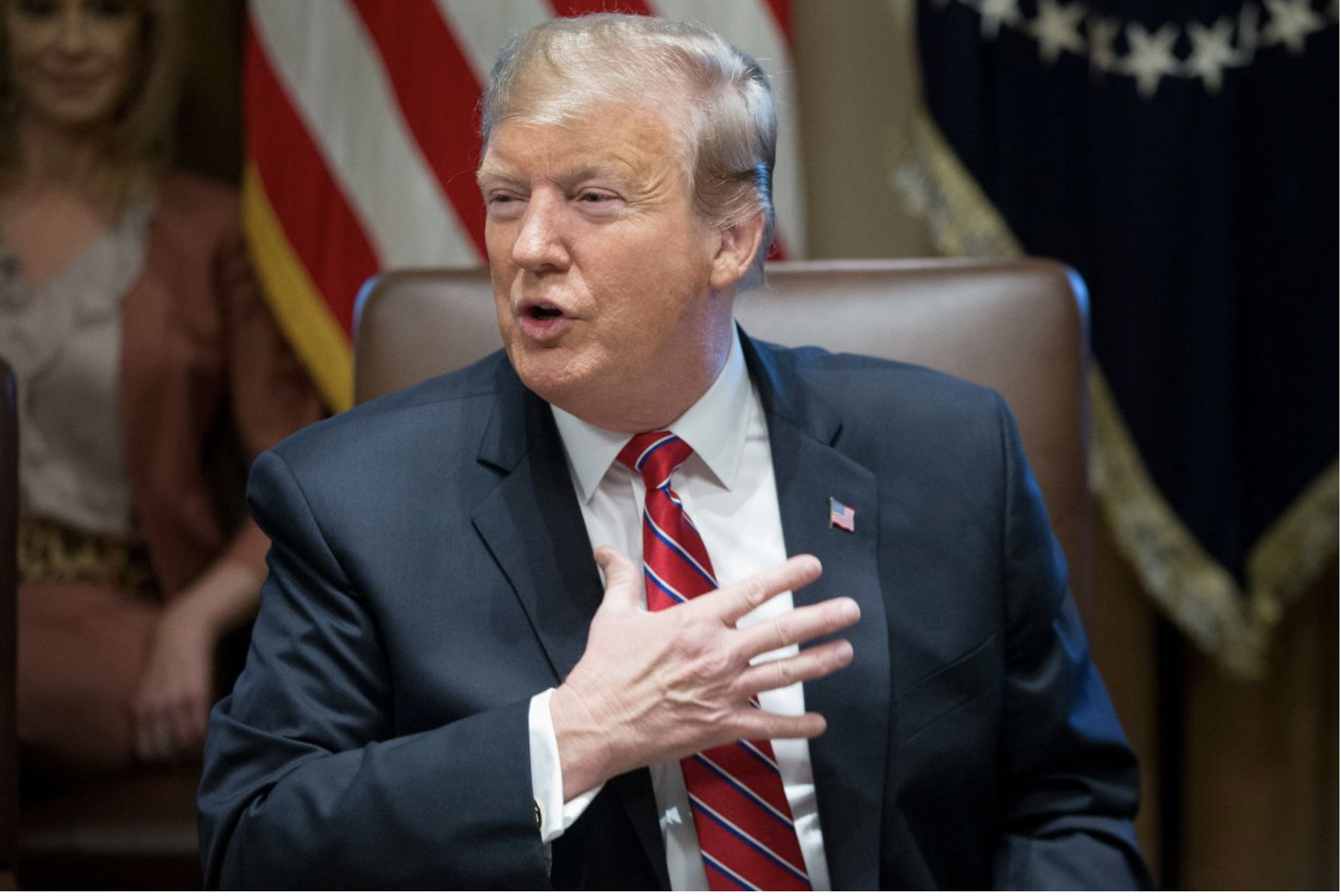 President Trump’s standing has improved over the past week, and credit his State of the Union address. Say what you will about the ricocheting, all-over-the-place speech, but as Mr. Trump drove to Capitol Hill to deliver it, his average favorable rating from RealClearPolitics was 40.8%, with 55.5% unfavorable—his worst since early September. As of Wednesday, Mr. Trump’s favorables had risen to 43.3% and his unfavorables had declined to 53.4%.

This change is modest, but it’s important to locate its source: Mr. Trump acted presidential and struck notes of unity and compromise. If he can keep that tone, his numbers should continue to rally.

Recent events can help Mr. Trump sustain his forward progress, too. First is the congressional budget agreement. It not only avoids another shutdown that would drag the president’s numbers back down, but also gives Mr. Trump $1.375 billion for 55 miles of new border wall and almost $23 billion for other border security measures.

Some of Mr. Trump’s allies called this agreement a defeat. Most of the president’s supporters, however, will believe the president if he says it’s not. They want forward progress, and they’ll get it when the new $1.375 billion is used for the wall. And that’s before the president repurposes unspent Homeland Security money to pay for more miles of barrier. Since Speaker Nancy Pelosi vowed to give “nothing for the wall,” Mr. Trump can legitimately claim he won.

Second was Friday’s grilling of acting Attorney General Matthew Whitaker. What did the six hours of Democratic hectoring, interrupting, demanding, insulting and showboating yield? Mr. Whitaker testified he hadn’t interfered with special counsel Robert Mueller’s investigation or briefed the White House on the probe. When Democrats hammered him for not recusing himself from overseeing the special counsel, he parried by revealing he had acted on the advice of ethics lawyers.

And with their rapid-fire, questions-with-no-time-for-answers tactics aired live on cable TV, Democrats achieved the near impossible: They made Mr. Whitaker into a sympathetic figure. If this is their approach to the multitude of investigations they’ll unleash in the months ahead, Democrats could make the GOP overreach in the Clinton impeachment look like a model of deportment.

The third event that could improve the president’s standing was the Democratic Party’s socialist wing unveiling its “Green New Deal” with online fact sheets characterizing it as “a massive transformation of our society.” That’s not what most Americans want.

The documents admitted “we aren’t sure that we’ll be able to fully get rid of farting cows and airplanes” within 10 years (it really said that) but claimed a decade would be enough to end the use of oil and natural gas, “retrofit every building in America, build the smart grid, overhaul transportation and agriculture, plant lots of trees,” and achieve “net-zero” carbon emissions. Right. Buckle up for the road ahead—but don’t even think about getting there by car or plane unless they’re powered by solar, batteries or wind.

While admitting this would require “massive” investment, the documents suggested “the Federal Reserve can extend credit to power these projects.” Furthermore, the government can “take an equity stake in projects.” (For how this all ends, see Russia, Venezuela and Cuba.) And oh, all Green New Deal employment must be “union jobs that pay prevailing wages” to fulfill a new federal guarantee of “a job with family-sustaining wage” for every American.

The documents were so nutty that the proposal’s lead sponsor, Rep. Alexandria Ocasio-Cortez, took them down. But the nonbinding resolution she introduced repeats many of their extreme proposals, including generating all U.S. power through renewables within 10 years, “overhauling transportation” by phasing out the use of gasoline-powered cars and trucks, and somehow “stopping current, preventing future and repairing historic oppression” of a dozen groups including women, the “unhoused” and “youth.” To put Democrats on the record, Senate Majority Leader Mitch McConnell has pledged to hold a vote on the measure soon.

This will be more effective if Republicans muster a comprehensive and unrelenting critique of the Green New Deal that can help win back suburban voters who defected from the GOP in the midterm elections. They voted Democratic to send Mr. Trump a message, not to inaugurate a gigantic socialist nanny state.

Yet a few weeks into the 116th Congress, Democrats appear most interested in ideological purification, which from the outside looks a lot like self-destruction.

Losing the House hurt the GOP’s ability to pass its agenda. But it could improve Mr. Trump’s political prospects if America sees more of what Democrats offered this past week.