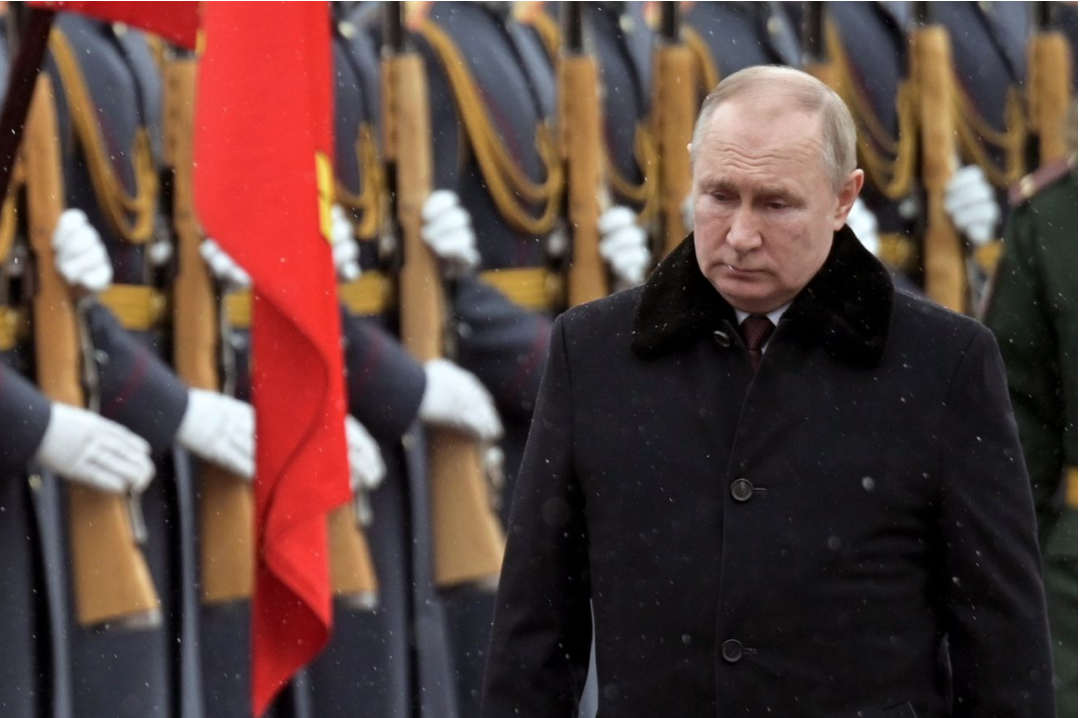 Credit Madeleine Albright with good manners. After Mitt Romney labeled Russia America’s “No. 1 geopolitical foe” during a 2012 presidential debate, the former secretary of state said his views were “out of date” and “just wrong.” But on Tuesday Ms. Albright admitted “I personally owe an apology” for having “underestimated” the Russian threat. It was a classy acknowledgment.

It would also be appropriate for former President Obama to apologize for mocking Mr. Romney’s views. “The 1980s are now calling to ask for their foreign policy back, because the Cold War’s been over for 20 years,” Mr. Obama retorted in 2012. Don’t hold your breath waiting for his contrition.

What Mr. Romney understood, and what Vladimir Putin’s invasion of Ukraine underscores, is that the Kremlin’s leader is a killer, a KGB thug, a brutal dictator trying to rebuild the old Soviet empire.

He may succeed. But his actions may also leave him and his country as global pariahs, damage Russia’s already banged-up economy, and tank his domestic popularity.

Mr. Putin has managed to bring together a diverse array of opponents. Despite initial squabbling among European nations, the Russian leader’s efforts to trample over an internationally recognized border and neighboring country have united Europe and much of the rest of the world in opposition. Even China—citing concerns over questions of territorial integrity—has shied away from endorsing Mr. Putin’s invasion.

This reaction has been particularly intense in what former Defense Secretary Donald Rumsfeld called “New Europe”—Central and Eastern European nations like Poland, the Czech Republic, Slovakia and the Baltics. Once part of the Soviet orbit, these countries now fear that Mr. Putin may force them back under Moscow’s grim domination.

Even formerly hyperneutral Finland, which isn’t a North Atlantic Treaty Organization member, is arming up. Helsinki bought 64 U.S. F-35 jet fighters in December, a move that ties Finland more closely to NATO. And while Prime Minister Sanna Marin says Finland is unlikely to join NATO in the short term, she reserves the right to do so.

But can President Biden keep America’s European allies united against Russia? The faster and harder Mr. Biden hits Moscow, the better. Right now he has international support for tough sanctions on Russia and more-generous and more-lethal aid to Ukraine, but that could fade over time—along with opportunities to stop Mr. Putin. The more slowly Mr. Biden acts and the smaller the punishment he applies, the more timid leaders in Paris, Berlin and Rome are likely to become.

Mr. Biden may be surprised by how broad the support is in Congress for tough action. Take the amendment Rep. Mike McCaul (R., Texas) proposed last September to the National Defense Authorization Act. It provided new sanctions on the Nord Stream 2 pipeline and made them mandatory, removing the president’s authority to waive them. It passed on a voice vote, essentially unanimously.

Maybe opponents of the amendment figured they didn’t have the votes to stop it or believed Team Biden would strip the provision out in the Senate (which they did). Still, bipartisan sentiment for penalizing Russia was so strong that Speaker Nancy Pelosi didn’t try to block that provision.

Even as the crisis in Ukraine has earned widespread American anger, it has also revealed apologists for Mr. Putin in both U.S. political parties—people Lenin might have called “useful idiots,” quick to make excuses for Moscow’s behavior rather than condemn its invasion of a neighbor.

Voices on both the far right and far left draw on our country’s war-weariness by raising the specter of U.S. troops fighting in Ukraine, though it’s impossible to find mainstream Republicans or Democrats advocating that.

Lefties like Sen. Bernie Sanders (I., Vt.) suggest America recognize Russian concerns about Ukraine joining NATO and blaming the West for rising tensions. What this recognition looks like often goes unsaid, but the logical conclusion of this sort of thinking is to give Russia power over whether Ukraine joins NATO—an unacceptable violation of Ukraine’s sovereignty.

Some on the more isolationist right parrot Mr. Putin’s line that Ukraine is historically Russian and Kyiv and Moscow are sister cities of the same country, 42 million Ukrainians be damned. Donald Trump, in a particularly outrageous statement, praised Mr. Putin’s “genius” in invading Ukraine.

We may be about to witness the largest land war in Europe since 1945. The question is, can America still lead with the strength and determination the world needs? Or will weakness and indecision lead to the humiliation of the West and grave consequences for America’s interests?