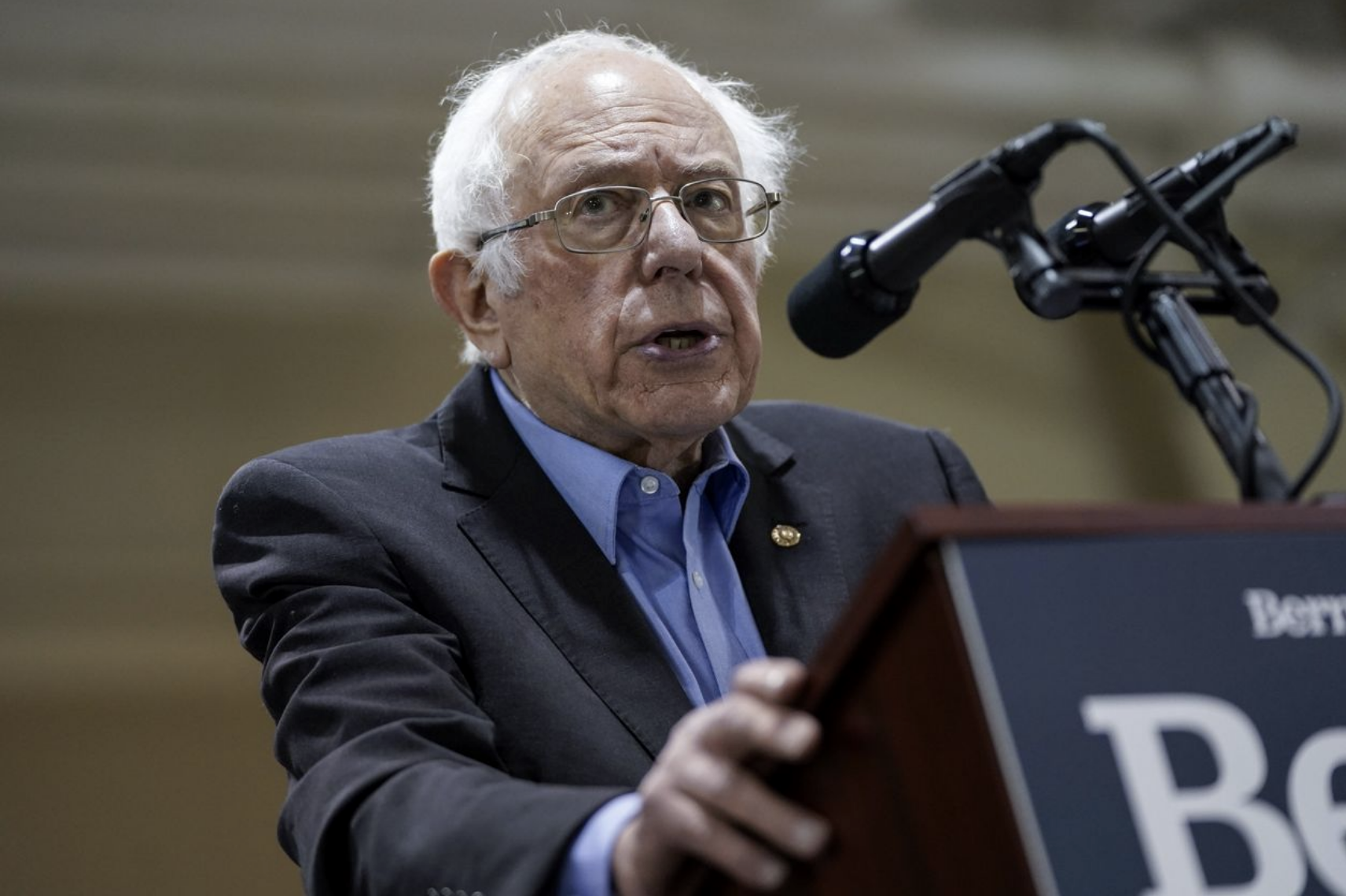 Since winning the popular vote in the Democratic presidential race’s first three contests, Bernie Sanders has received generous accolades. He’s been crowned a strong front-runner, with many already declaring him the presumptive nominee. It’s said he has an insurmountable lead and a powerful hold on the party faithful.

The senator from Vermont may well become the Democratic nominee in July but let’s put things in perspective. There will be 3,979 “pledged” delegates at the Democratic National Convention in July. That doesn’t include the superdelegates (now camouflaged as “automatic delegate votes”), who can vote only if there’s a second ballot.

A candidate therefore needs 1,990 pledged delegates to win on the first ballot. So far only 101 have been allocated. South Carolina’s primary Saturday will award 54 more, but that will be a small part of the crowd in Milwaukee’s Fiserv Forum for the convention.

It’s also worth noting that Mr. Sanders won the first three contests with very low shares of the vote. While he took Iowa with 26.5% of the final caucus vote earlier this month, in 2016 Hillary Clinton edged him out with 49.8% to 49.6% among pledged delegates. (Vote-share figures weren’t released.) With a split field, Mr. Sanders’s share of the vote this time was the lowest among winners in the history of the Iowa caucus. At 26.2%, his delegate share was five points below the next lowest among Iowa winners, Rep. Dick Gephardt’s 31.3% in 1988.

Similarly, Mr. Sanders took New Hampshire with 25.7% of the vote this year, the lowest in that state’s history and 34 points less than his 60.1% in 2016. Only in Nevada did Mr. Sanders’s 46.8% share of county convention delegates last week approximate his share from 2016—when he finished second in the Silver State.

The large number of more-traditional Democratic candidates to his right is helping the self-proclaimed democratic socialist win contests with low vote shares. In New Hampshire the moderate (comparatively speaking) trio of Mr. Buttigieg, Ms. Klobuchar and Mr. Biden received a combined 52.6% of votes to Mr. Sanders’s 25.7%. Yet because Democratic Party rules award delegates proportionately among those candidates who receive more than 15% of votes in a state or congressional district, the Vermonter took 37.5% of the Granite State’s pledged delegates.

This distortion will become more pronounced on Super Tuesday, March 3, when Mike Bloomberg appears on ballots, boosted by a massive ad blitz and an army of organizers. Mr. Bloomberg will dilute the non-Bernie vote further, causing more-moderate candidates to fall below the 15% threshold in more states and districts. This in turn could boost Mr. Sanders’s delegate strength even higher above his share of each state’s vote.

The overly crowded lane of Democratic candidates who appeal to moderates and traditional liberals is fueling the sense that Mr. Sanders will inevitably win the party’s nomination. Poor Super Tuesday numbers and the lack of funds that will follow, however, may thin the field, perhaps allowing one traditional Democrat to emerge as Mr. Sanders’s lone bête noire.

The contest could still surprise us, especially if Mr. Biden wins South Carolina soundly and picks up momentum for Super Tuesday. Alternatively, if he craters, traditional Democrats could move toward someone who looks like he can stop the Bern.

To win, ordinary Democrats must realize they risk losing 2020 to Donald Trump and their party to the loony left. Yet they won’t peel away Sanders voters by arguing over electability. Primary voters tend to identify their favored candidate as the most electable. So it is with Sandernistas, who dream of raising a revolutionary army of heretofore politically inactive students, people of color and blue-collar unionists.

Nor will traditional Democrats convert Sanders supporters by charging him with the biggest proposed expansion of government and spending in history. His backers love him for his promises to spend trillions, raise taxes and make radical changes to American capitalism and society. Still, these attacks could rally the other Democratic voters, though at the risk of exposing weaknesses that President Trump will surely exploit if Mr. Sanders is his opponent.

If Democrats throw in their cards and reconcile themselves to a Sanders nomination, it’s a sign they’re resigned to following the British Labour Party to a crackup and a stinging defeat. Uniting the party’s less radical wings to prevail against the hard left, on the other hand, will require grit, courage and alacrity. Time is short, and it may be that Mr. Sanders is unbeatable. But make no mistake: With a socialist on a trajectory to be the Democratic nominee, Republicans couldn’t be happier.