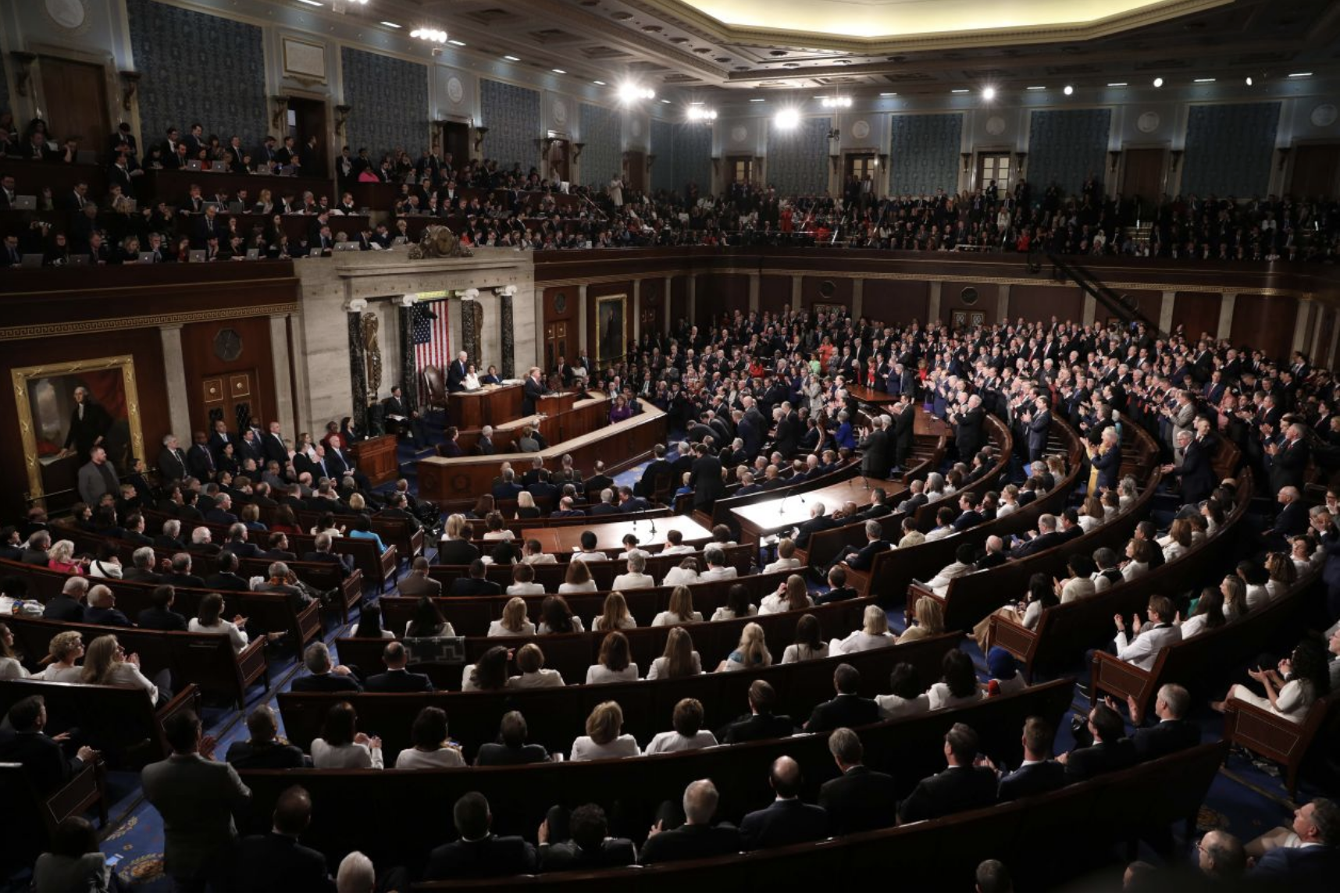 Tuesday was a miserable night for congressional Democrats. Most looked as if they would rather be anywhere other than in the House chamber, listening to the State of the Union.

Speaker Nancy Pelosi thumbed frantically through her copy of President Trump’s speech, as if that would hurry him along. Presidential hopeful Sen. Kamala Harris pursed her lips and shook her head as Mr. Trump declared his commitment to “putting the ruthless coyotes, cartels, drug dealers and human traffickers out of business.”

When the president heralded an Immigration and Customs Enforcement agent’s work against sex traffickers and Republicans stood to cheer, socialist Rep. Alexandria Ocasio-Cortez reluctantly got up but did not applaud. Sen. Kirsten Gillibrand, who has championed the #MeToo movement, wouldn’t even stand. When Mr. Trump warned of “caravans” of illegal immigrants, some Democrats booed and jeered. Classy.

The State of the Union did serve one purpose for Democrats: It diverted attention from the 10 dreadful days the party had suffered—days that revealed serious problems.

As liberals vowed Monday to boycott Starbucks, Ms. Harris advocated eliminating private health insurance, saying, “let’s move on.” At least she didn’t pretend “if you like your plan, you can keep it.” But the 180 million with private insurance will not readily surrender their health decisions to Washington bureaucrats.

The next day the Virginia House of Delegates considered a bill allowing abortions up to the moment of natural birth, despite its inhumanity and widespread popular opposition to late-term abortions.

On Wednesday Gov. Ralph Northam made it worse, declaring that if a woman wanted an abortion while in labor, “the infant would be delivered” and “kept comfortable” while “physicians and the mother” decided whether to kill it. This is known as infanticide.

The following day the Senate Intelligence Committee revealed that around the time of the June 2016 Trump Tower meeting between Donald Trump Jr. and a Russian lawyer who supposedly had dirt on Hillary Clinton, Mr. Trump Jr. spoke with friends unconnected to the campaign, not his father. This must have crushed new House Intelligence Committee Chairman Adam Schiff, who claimed the president’s son lied about not calling his dad. Mr. Schiff still hasn’t retracted his accusation.

On Friday Mr. Northam’s 1984 medical-school yearbook page surfaced, showing a photo of a man in a Ku Klux Klan costume and another in blackface. The governor apologized but then claimed he wasn’t either man pictured before admitting he donned blackface for a Michael Jackson dance competition.

Then on Saturday Montana Gov. Steve Bullock wrote he was “wrong and naive” not to have alerted others to sexual-harassment allegations against a former aide he’d fired who was later hired by New York Mayor Bill de Blasio and dismissed for similar behavior.

On the Sunday programs, Democratic leaders wrung their hands over how the Virginia scandal would affect efforts to depict the president as a bigot. But even after three gubernatorial news conferences and dozens of calls for his resignation, Mr. Northam remains governor.

By Monday the man who would replace Mr. Northam if he resigned, Lt. Gov. Justin Fairfax, acknowledged a sexual encounter at the 2004 Democratic National Convention. The woman in question alleges Mr. Fairfax sexually assaulted her; she has now hired the same law firm as Christine Blasey Ford, Justice Brett Kavanaugh’s accuser. Meanwhile, the anti-Trump “Need to Impeach” campaign began airing ads attacking Democratic Rep. Richard Neal—Ways and Means Committee chairman for only a month—for moving too slowly on impeachment.

It was then revealed Tuesday that Sen. Elizabeth Warren had written on her 1986 Texas Bar application that she was “American Indian.” She’d previously claimed that others had identified her as a Native American, but that she hadn’t done so herself.

Finally, we learned Wednesday that Virginia’s attorney general, next in line to be governor after Messrs. Northam and Fairfax, wore blackface at a 1980 college party.

All this is evidence the Democrats don’t have their act together. As they gear up investigations and campaigns, their party’s radicalism, fault lines and lack of preparedness will become more evident.

Both parties are broken. Mr. Trump is betting his re-election that the Democratic Party is the more defective of the two. It’s not an insane wager.