Republicans Stand Up for Ukraine 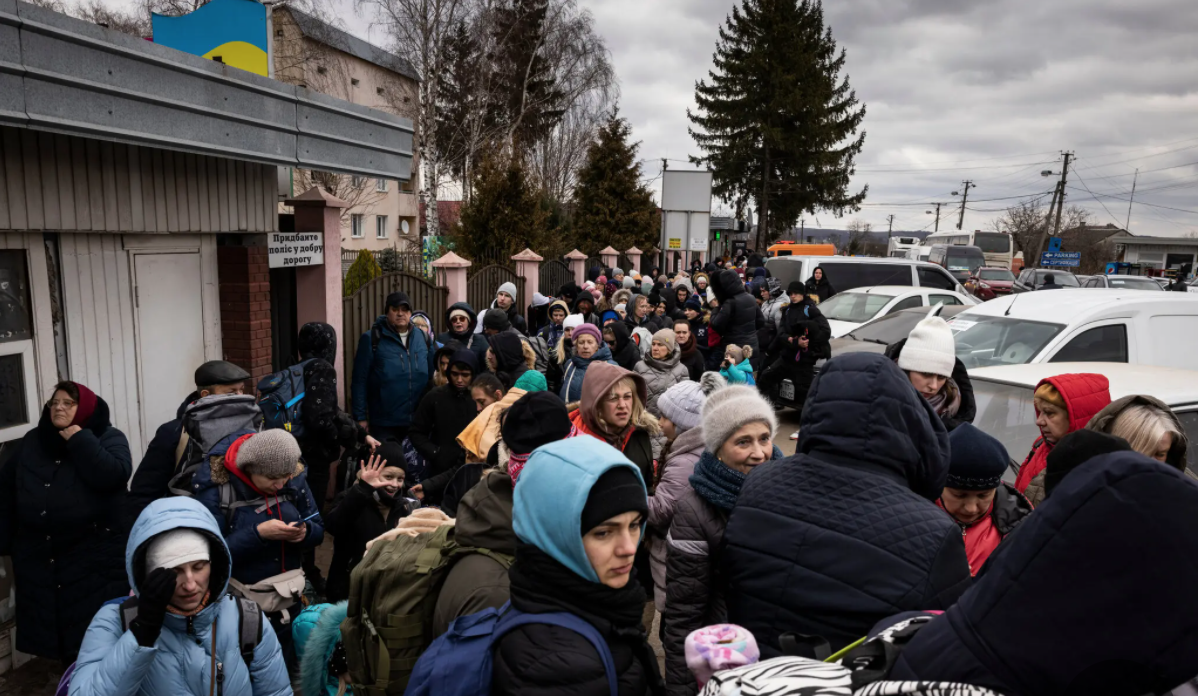 Russia’s invasion of Ukraine has brought to the forefront a debate about the Republican Party’s fundamental beliefs on foreign policy. Have Republicans rejected the tradition of conservative internationalism espoused by Presidents Ronald Reagan, George H.W. Bush and George W. Bush in favor of President Donald Trump’s “America First” approach, a form of populist isolationism?

Since Russia’s invasion of Ukraine three weeks ago, there’s been little polling on this. But there is some evidence that most Republicans don’t share Mr. Trump’s isolationist perspective—let alone the view he offered two days before the invasion that Vladimir Putin declaring parts of Ukraine “independent” before sending in his military to overthrow the popularly elected Ukrainian government was “genius” and “pretty savvy.”

Instead, a March 8 Reuters/Ipsos poll found that when asked who is “primarily to blame for the current situation between Russia and Ukraine,” 66% of Republicans blamed Mr. Putin, 2% Ukrainian President Volodymyr Zelensky, 15% President Biden, 4% the North Atlantic Treaty Organization and 13% someone else or said they didn’t know. By comparison, among all respondents, 68% blamed Mr. Putin, 3% Mr. Zelensky, 10% Mr. Biden, 3% NATO and 16% someone else or said they didn’t know. Rather than a love of Mr. Putin, what seems to differentiate GOP opinion from the rest of the electorate is a partisan knee-jerk reaction among some Republicans to blame Mr. Biden.

It took 11 days, but Mr. Trump realized he’d stepped in a pile of decomposing bio-matter. Last Saturday he tried cleaning things up in an event closed to the press by reportedly saying, “At what point do countries say, ‘No, we can’t take this massive crime against humanity?’ ” But Mr. Trump being Mr. Trump, he had to renew his criticism of NATO, calling it “a paper tiger,” according to a source quoted by CBS. It was ironic he did so at a moment the alliance finally began demonstrating its strength by supplying Ukraine with weapons, ramping up sanctions and readying its forces in member countries bordering the conflict, crucially supporting America’s geopolitical interests.

Though the Reuters/Ipsos poll makes it look as though the GOP isn’t markedly more hawkish on Ukraine than the general electorate, Republicans don’t seem to have taken a hard turn into isolationism. Voters across the spectrum are unified against sending “troops to Ukraine to help defend Ukraine from a Russian invasion,” with 35% saying yes, 65% no. Among Republicans, it’s 33% yes, 67% no.

Yet while they give sending U.S. troops a thumbs down, Americans—including a healthy majority of Republicans—see that this conflict involves our country’s interests and support a robust response.

By a margin of 63% no to 37% yes, Republicans reject the view that what’s happening in Ukraine is “none of our business.” That compares with 65% no to 35% yes among all voters.

By 80% yes to 20% no, Republicans say that America “should put additional sanctions in place against Russia.” Among all voters, it’s the same.

By 81% to 19%, Republicans feel the U.S. “should not buy oil or gas from Russia during this conflict, even if it causes American gas prices to increase.” It’s 80% to 20% among all voters.

Even in this time of intense GOP concern over immigration, Republicans support the idea that the U.S. “should take in Ukrainian refugees” by 64% to 36%. Overall support for the notion is 74% to 26%.

These numbers suggest that Republican members of Congress, candidates and commentators echoing Mr. Trump’s isolationism and Kremlin apologetics are out of sync with GOP voters. Rep. Madison Cawthorn (R., N.C.) didn’t reflect Republican opinion when he called Mr. Zelensky “a thug” and Ukraine’s government “incredibly evil” last Saturday at a town hall in Asheville, N.C. Ohio Senate candidate J.D. Vance was way out of touch with GOP voters when he declared in an interview, “I gotta be honest with you, I don’t really care what happens to Ukraine one way or another.” He later backtracked, perhaps having realized he’d offended Ohio’s large Ukrainian-American community as well as plenty of Reaganite Republicans.

The sheer aggression and promiscuous brutality of Mr. Putin, combined with the awe-inspiring courage of Mr. Zelensky, the Ukrainian military and the Ukrainian people, have provided the U.S. a clarifying moment. “Come home, America” turns out to be as unwise a foreign-policy doctrine in 2022 as it was when Democrat George McGovern coined the phrase in 1972. It’s much clearer now than a month ago that when the U.S. withdraws from the world, the world suffers—and so does America.