What the GOP Can Learn From Losing 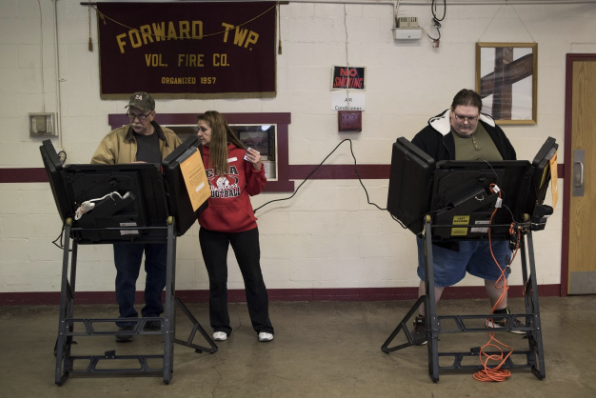 OK, it could have been worse. Republicans lost the special election in Pennsylvania’s 18th Congressional District by 627 votes out of 228,378 cast in a district with 70,000 more registered Democrats than Republicans. On the other hand, Donald Trump carried the district by 20 points, and the Republican congressman who resigned last year after a sex scandal was unopposed in his last two elections.

Sure, the victorious Democrat, Conor Lamb, was from central casting. A Marine and prosecutor, handsome and likable, he said he’d never support Nancy Pelosi. He is personally pro-life, supports fracking and opposes gun control. It’s a reminder not every Democrat will admit to being part of the “resistance.”

The losing Republican, state Rep. Rick Saccone, ran a vacuous and stale race. But Republicans would be fools simply to blame the outcome on a lousy candidate and a bad campaign. Learning from this defeat is the key to preventing Speaker Pelosi’s return in 2019.

To keep the House, Republicans must do everything better this year on all 236 days before the midterms. The GOP cannot assume that the economy and tax reform will carry them to victory or that enthusiasm will materialize out of thin air.

Republican candidates must drive home their own distinctive messages. Running as Trump 2.0 like Mr. Saccone did won’t work unless your opponent is Hillary 2.0. Voters must be shown—in tangible terms—why electing a Republican is better for their family and country. Otherwise, GOP-leaning voters will stay home or defect. Count on more Democrats in red districts to soft-pedal progressive views and run as Republican-lite by sounding reasonable on guns, defense, deficits and values.

Having the biggest war chest is no guarantee of victory (ask Hillary Clinton and John Kerry ). Still, Republicans must raise enough money to be competitive. Mr. Saccone, who raised just $917,000 to Mr. Lamb’s $3.9 million, didn’t do that. Worryingly, by Dec. 31, more than 40 Republican incumbents had been outraised by their Democratic challengers.

Republican candidates must know which voters to target. Many solid Republicans in presidential years don’t cast ballots in midterms, and many swing independents and soft Republicans do. Candidates should use microtargeting to communicate efficiently with voters who are up for grabs.

To that end, candidates must build their own ground game by recruiting, training and motivating armies of volunteers to narrow the enthusiasm gap Democrats enjoy because of their intense hatred for President Trump.

Speaking of the president: He riles up the opposition more than he energizes his side. Tracking polls showed Mr. Saccone ahead before Mr. Trump’s rally Saturday, then falling behind as the press covered the visit. Mr. Lamb got 80% as many votes as Hillary Clinton did in the district, while Mr. Saccone got 53% as many as Mr. Trump.

Team Trump should deploy the president to raise money and win primaries for electable candidates. But he should avoid rallies in the campaign’s closing months. Mr. Trump drowns out a candidate’s message and makes the news all about whatever wild line he slings into the ether.

Candidate quality will matter more than usual this year, especially in open contests or races where a GOP challenger is taking on a Democratic incumbent. Republican primary voters have a special responsibility: This is no time to reward old warhorses because it’s their turn, or to engage in flights of fancy by picking fringe figures. If Republicans want to keep their congressional majorities, they must pick the best candidates, give generously and often, and commit significant personal time and energy.

Victory isn’t assured even if Republicans do these things, but defeat is certain if they don’t.