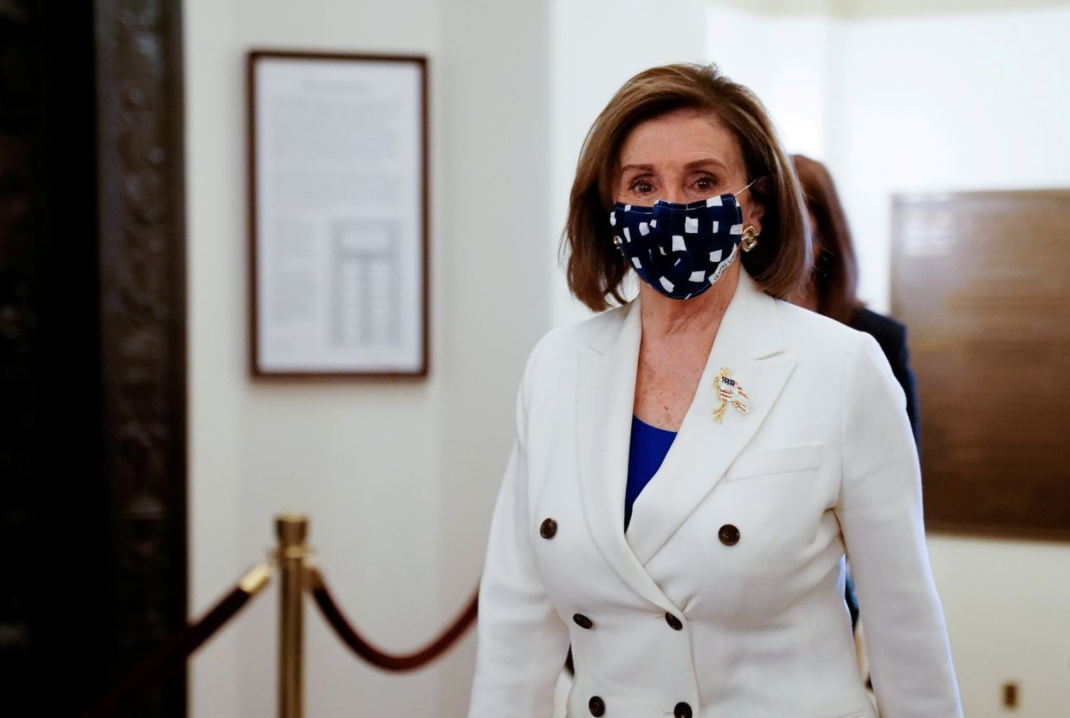 Speaker Nancy Pelosi has a numbers problem that won’t get better soon. After the GOP’s surprise pickup last year of a dozen House seats, her majority stood at 222-213. If five Democrats defect on any bill, it fails, assuming Republicans stay united.

The margin will soon be 219-211, with three Democratic representatives joining the Biden administration and two Republicans having died since the election. All five vacancies are likely to be filled by members of the same party, leaving Mrs. Pelosi in a tight spot. Every speaker has powerful tools to enforce discipline, and this one has shown herself to be a tough operator. Still, it’s a daunting task to pass bills with so little room for error.

What’s a speaker to do?

Mrs. Pelosi may be tempted to pad her House Democratic margin by reviving a practice used extensively between 1875 and 1903. The Constitution provides that each congressional chamber “shall be the judge of the elections, returns and qualifications of its own members.” Using this clause, both parties routinely expanded their majorities during the Gilded Age by challenging the minority’s narrow or suspect victories and replacing them with their own or declaring the seat vacant, provoking a time-consuming special election. Between the 44th Congress (1875-77) and the 58th (1903-05), the parties flipped a total of 59 seats through such challenges.

There have been similar disputes since the founding—the first expulsion was in 1792—but they took on a highly partisan cast after 1874, when Democrats won the House for the first time since 1856. The new majority unseated three Southern Republicans and flipped close contests in Illinois and Massachusetts. In the next Congress, Democrats replaced five more Republicans, including a Californian who’d won by a single vote, a Floridian whose margin was three votes and a Bay Stater who’d prevailed by five. In the following Congress, the 46th (1879-81), the Democrats’ margin was so narrow they played it straight, ousting a Democrat and a Republican.

Payback came when Republicans controlled the 47th Congress in 1881 and expelled six Democrats, five of them from Southern districts marred by massive fraud, intimidation and violence aimed at black GOP voters. Faced with overwhelming evidence of GOP-sponsored fraud in Iowa’s Sixth District, they seated the Democrat one day before the session ended, so he could collect his salary but never vote. Still, in the next Congress, the Democrats threw out six Republicans who’d prevailed in close elections, including future President William McKinley of Ohio.

A wary peace prevailed during the two subsequent sessions, but the GOP renewed the practice in the 51st Congress, flipping two close West Virginia races and seven Southern seats corrupted by violent Democratic suppression of black Republicans. Somewhat chastened, Democrats removed only four Republicans during the following two sessions. But in the 54th Congress, Republicans removed a dozen Democrats, seven in the South. Largely satiated, the GOP was content to flip three seats in each of the next two sessions, two in the 57th Congress. By the 58th Congress in 1903, the GOP majority challenged only one race. That Colorado Democrat admitted his party’s widespread fraud and voluntarily withdrew.

The fire had burned itself out, though it flared up in 1984, when Democrats rejected a Republican’s 418-vote margin in the race for Indiana’s “Bloody Eighth” and eventually seated the incumbent Democrat after a recount gave him a four-vote margin. Republicans walked out of the chamber in protest.

Which brings us to the 2020 contest in Iowa’s Second District, 24 counties in the state’s bucolic southeast quadrant. It’s a swing district that went for Al Gore in 2000, George W. Bush in 2004, Barack Obama twice, and Donald Trump twice.

The race last fall was between Republican Mariannette Miller-Meeks and Democrat Rita Hart. After almost 394,000 votes were counted election night, Ms. Miller-Meeks led by 282 votes. A week later, when mail-in ballots postmarked by Nov. 3 had straggled in, her lead was even slimmer: 47 votes. Ms. Hart requested a recount, which sliced Ms. Miller-Meeks’ margin to six, after which, on Nov. 30, the bipartisan Iowa Board of Canvass certified Ms. Miller-Meeks’s victory.

Ms. Hart then asked the House Administration Committee to overturn the outcome, despite having failed to challenge the certification in state court. She’s pinning her hopes on 11 ballots that weren’t discovered before certification that would cut the GOP margin to two if counted and 11 ballots she claims are from supporters that were wrongly excluded. The committee is reviewing the challenge.

Mrs. Pelosi could widen her margin by ousting a Republican congresswoman and installing Ms. Hart. But if she does, she’d divide the House even more bitterly. There will be payback, one way or another. We’ll soon see how desperate the speaker is.