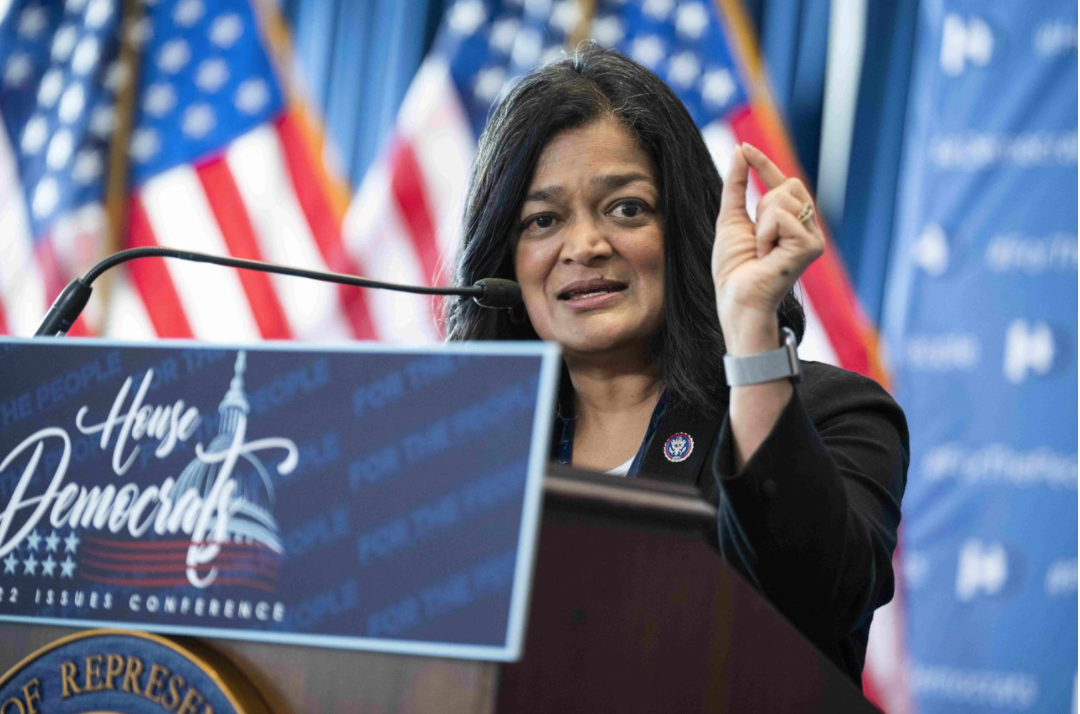 It has been overshadowed by Russia’s invasion of Ukraine and obscured by Judge Ketanji Brown Jackson’s Supreme Court confirmation hearing, but Democratic leaders are debating how to avoid a shellacking this fall.

The question was widely discussed when House Democrats held a retreat in Philadelphia and when the Democratic National Committee met in Washington, both earlier this month. There’s little agreement on what to do and much fatalism about Republicans winning.

Democrats are batting around five different strategies for the midterms. The first is straightforward: Democrats should run on their record. As Vice President Kamala Harris told the DNC, “Our task is to show people that in many ways they got what they ordered.” Yet even President Biden understands that’s a hard sell, telling House Democrats that when Democrats rattle off their triumphs, “people just trying to stay above water don’t understand.”

More important, voters already have made judgments about Mr. Biden and the Democratic Congress: They don’t like what they’ve done. The president’s approval ratings have tanked, both overall and on many issues important to voters, including inflation, crime, immigration and the country’s direction.

Mr. Biden doesn’t help his party when he blames such problems as rising gasoline and grocery prices on Vladimir Putin. Voters know that energy and food costs have been rising for more than a year and that the president dismissed inflation as transitory.

Believing the problem isn’t the Democrats’ record but how it has been communicated, some demand better messaging. It’s doubtful, however, that new slogans—like Speaker Nancy Pelosi’s “Democrats Deliver”—or improved talking points will change the attitudes of Americans who have watched Democrats in action for 14 months. No one believes Mr. Biden and Ms. Harris suddenly will become master communicators.

Left-wingers such as Washington Rep. Pramila Jayapal, chairman of the Congressional Progressive Caucus, push a third approach. It’s a one-two punch. First, Democrats should keep offering progressive legislation, including a slimmed down Build Back Better bill. She says voters “want to see us fighting for what they believe in” and would “give us bigger majorities and see what we can do.” Ms. Jayapal may see that as a promise, but many independent voters and every Republican will take it as a threat.

She and other progressives believe the second punch would come from Mr. Biden getting more aggressive with executive orders. On the left’s wish list of more than 70 items are presidential directives to cancel student debt, reduce prescription drug costs, fix defects in ObamaCare, give more people overtime pay, establish national standards for police use of force, ban drilling on federal land and water, and promote racial equity by spending 40% of clean-energy funds in “disadvantaged communities.”

But instituting policies by executive fiat that Congress didn’t pass into law would run into difficulties in the courts, further undermining public confidence in the Biden administration and discouraging voters who might conclude Democrats can’t get anything done the right way.

Sean Patrick Maloney, chairman of the National Democratic Congressional Campaign Committee, has a more prosaic approach. He wonders: If Americans “agree with us on the issues, why don’t they like us more?” The New York lawmaker wants Democratic candidates to be more empathetic—to “show up, be a human being, and have a relationship with” voters. There’s wisdom in that—being a better candidate improves anyone’s chances of victory—but it’s hardly enough and, besides, many voters don’t agree on the issues.

Some centrist Democrats have another strategy. They are extolling bipartisanship, opposing attempts to defund the police, raising concerns about the inflationary impact of more spending, distancing themselves from their party’s woke left, and supporting an end to mask mandates. A minority in their caucus, many of these vulnerable Democrats stayed away from the Philadelphia retreat.

The every-centrist-for-himself approach may be the best they can do. Democrats will still lose but could diminish losses and keep their party from being dominated even more by the woke left.

Mr. Biden put his party in this pickle by pursuing a hyperpartisan progressive agenda with slim congressional majorities. He assumed he could persuade the public to like what it previously loathed. Add the worst inflation in four decades and the Afghanistan debacle, and there’s no stopping what’s coming in November.

Mr. Biden and congressional Democrats have made mistakes in policy, message, ideology and tone over the past 14 months. They’ll pay a fearsome price later this year.