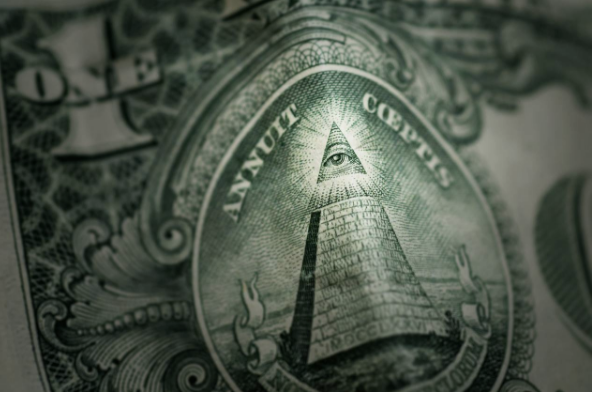 I recently received a dossier concerning an emergency meeting by some of America’s trading partners at the Illuminati headquarters in Venice. The document came to me by sources and methods of intelligence I’m not at liberty to share. But for the record, Fusion GPS and its agents played no role in procuring or preparing this dossier.

What united the 138 nations gathered in Venice? Each country imports more from the U.S. than it exports. Together they formed the international advisory group known as Countries Shafted by Bad Trade Deals with the U.S., or Cosbatdus. They were meeting to discuss how to respond to President Trump’s protectionist actions.

A representative from Hong Kong, which has the largest trade deficit with the U.S., led the meeting. His vice chairmen—from the United Kingdom, United Arab Emirates and Belgium, other large-deficit nations—assisted. The agenda and recommendations were prepared by the Cosbatdus executive committee. It consists of Australia, Chile, Egypt, Ethiopia, Honduras, Iceland, Mongolia, Morocco, the Netherlands and Vatican City—with all of which the U.S. has a trade surplus.

Some countries proposed duties on imported American goods, as a response to Mr. Trump’s imposition of steel and aluminum tariffs. But speaker after speaker pointed out that consumers in countries levying the tariffs, not American companies producing the goods, would pay the tariffs. Why raise prices on your own people?

Another hot topic was whether Cosbatdus countries should pursue free-trade agreements with the U.S., lowering barriers to importation of American goods and services if the U.S. reciprocated. But after extensive discussion, there was agreement that by leveling the playing field such trade agreements appear advantageous to America. In 2016 the combined U.S. deficit with the 20 countries with which it had a free-trade agreement was a $3.7 billion. (These countries imported $851.8 billion from the U.S. while the U.S. bought $855.5 billion from them.) By comparison, countries without such agreements imported $1.352 trillion in American goods and services while selling the U.S. $1.737 trillion in return—a U.S. trade deficit of $385 billion.

There was discussion about Mr. Trump’s refusal to acknowledge U.S. service exports to Canada. These offset America’s deficit in imported goods and create an overall U.S. trade surplus with its neighbor. Should Cosbatdus follow Mr. Trump and ignore the value of services when calculating trade deficits? This approach was opposed by the 112 countries that have a trade deficit with the U.S. in goods alone, and for which the U.S. doesn’t track sales of services like banking, travel, computer software, film and television distribution, management consulting and data processing. These countries pointed out the U.S. would eventually demand services be included in calculating total trade since dropping sales of services would increase the overall U.S. trade deficit.

Also present was the Five to One Caucus, consisting of the 65 nations that import at least five times as much from the U.S. as America buys from them. They pushed for mandatory purchase requirements that would obligate America to buy enough of a nation’s leading products to narrow the U.S. trade surplus to a 2-to-1 ratio. Delegates could not agree on how to select what commodities or products America would be forced to purchase. Nor could they decide whether U.S. purchases had to be simultaneous with the member country’s importation of American goods or could be done later to balance the books.

This led to a discussion of repealing the law of comparative advantage, first articulated by Adam Smith in “The Wealth of Nations” (1776). “If a foreign country can supply us with a commodity cheaper than we ourselves can make it, better buy it of them with some part of the produce of our own industry employed in a way in which we have some advantage.”

Delegates were confused about how to repeal comparative advantage, wondering whether it was a statute, law of nature or international agreement. Nor could anyone discern how to force the U.S. to build more expensive aircraft or construction equipment, create fewer good movies or pharmaceuticals, and provide less-attractive financial and insurance services.

The Cosbatdus meeting ended in disarray, its final action to reject the proposed motto of “Make America’s Trading Partners Great Again.” Member countries worried about trademark infringement complaints from Trump attorney Michael Cohen. They also weren’t convinced President Trump is correct that the only fair trade deal is where the other guy buys more from you than you do from him.