Biden May Be Saving The Democrats 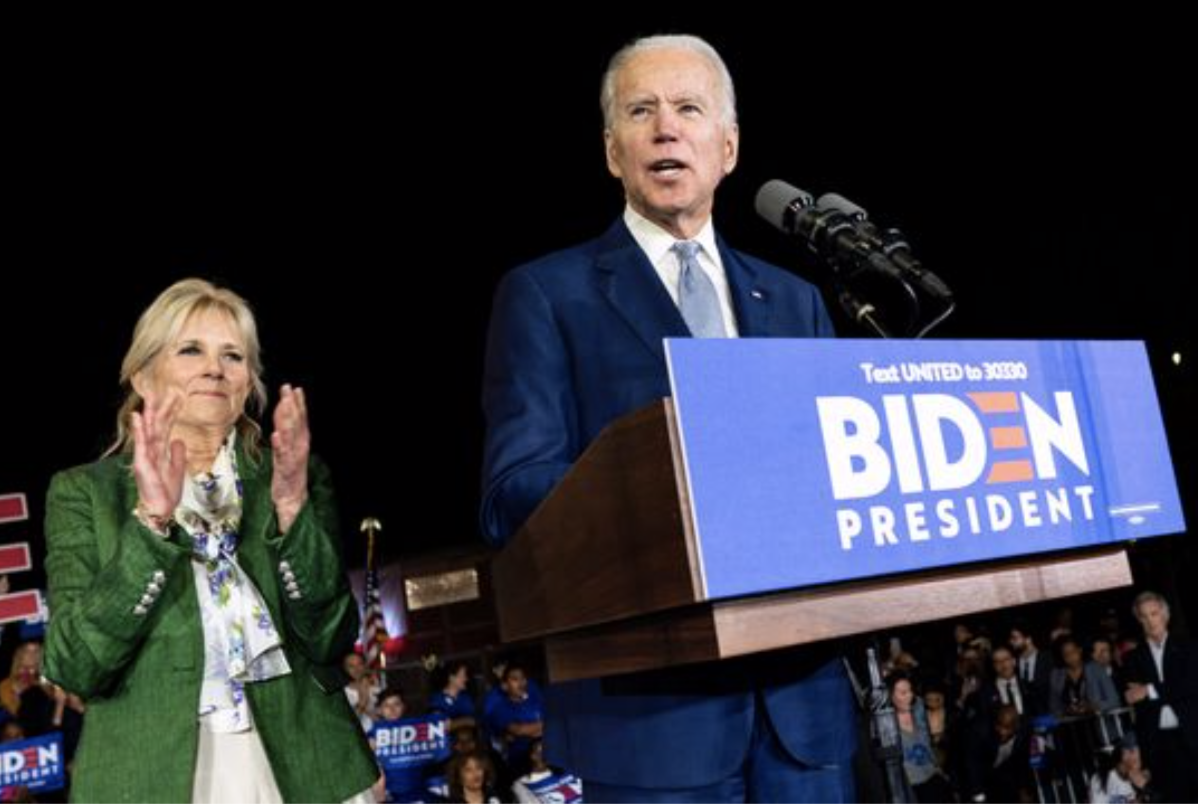 Americans just witnessed 72 hours unlike any other in the history of presidential primaries.

The miracle began Saturday in South Carolina with Joe Biden’s campaign on life support. After horrible wipeouts in Iowa and New Hampshire and a distant second-place finish in Nevada, the former vice president had been written off. But backed by African-American Democrats, Mr. Biden demolished Sen. Bernie Sanders 48% to 20% in the Palmetto State.

Mr. Biden then appeared on Sunday shows to argue that Mr. Sanders’s socialist views would drag down the entire Democratic ticket if he were to lead it. The message resonated. By Monday, Sen. Amy Klobuchar and former South Bend, Ind., Mayor Pete Buttigieg had withdrawn and endorsed Mr. Biden in Dallas, joined by former Rep. Robert Francis O’Rourke.

Then, with virtually no organization, advertising or time to campaign, on Super Tuesday Mr. Biden won at least nine and probably 10 of 14 states, including substantial delegate hauls in Texas, North Carolina, Virginia, Massachusetts and Minnesota. Late-deciding voters went decisively for Mr. Biden, as he converted supporters of candidates who’d withdrawn and some who remained.

It helped that money didn’t buy political love for former New York Mayor Michael Bloomberg. His spending could reach $800 million—and all it won him was American Samoa and third-place finishes in most states. Mr. Bloomberg’s campaign counted on Mr. Biden collapsing, but the former vice president rose from the political dead and won the week decisively. Wednesday morning Mr. Bloomberg decided he could do more for his party out of the race than by continuing his campaign, so he folded his campaign and endorsed Mr. Biden.

Sen. Elizabeth Warren may have been Tuesday’s biggest loser. She ran third in Massachusetts, her home state, and failed to crack 15% in her native Oklahoma. Sometimes the people who know a politician best dislike her the most.

Though it was Mr. Biden’s night, Super Tuesday still had a bright spot for Mr. Sanders. It will take days to finish counting ballots, but Mr. Biden’s lead in the delegate count, gained from victories in the South and Midwest, will likely be cut to between 50 and 70 when California’s final tally is known. With some 60% of Democratic delegates still to be selected, that isn’t a big gap.

The contest is far from over. Mr. Sanders’s appeal to Latinos, young people and progressives points to his staying power and a long, drawn-out race. Mr. Biden can’t count on momentum alone. While his Tuesday victories will generate more donations, endorsements and volunteers, the leftists backing Mr. Sanders will not go gently. At least the field has shrunk to the two candidates who have a realistic shot of winning.

Mr. Biden invoked a powerful argument when he said Mr. Sanders would hurt down-ballot Democrats. Framing the contest as a question of electability is fine, but it would be more effective if the former vice president pointed out that Mr. Sanders’s extreme views and values are not those of ordinary Democrats.

Mr. Sanders is a true socialist, whereas most Democrats support capitalism, albeit with reforms and restraints. A lifelong critic of the U.S., Mr. Sanders has praised anti-American tyrants for decades. An extreme isolationist and ardent protectionist, he’d eviscerate U.S. national security. Mr. Biden needs to take seriously his rival’s desire and program to change America’s government, economy and culture fundamentally.

This isn’t the first time Democrats have faced an attempt by an extremist to hijack their party to transform America. When Franklin D. Roosevelt realized how radical Vice President Henry A. Wallace was, he allowed party leaders to remove the Iowan from the 1944 Democratic ticket. They replaced Wallace with a Senate backbencher named Harry S. Truman, whose views were in sync with those of Roosevelt and most Democrats.

As president, Truman still had to contend with Wallace’s efforts to move the Democratic Party far to the left. In response, the tough Missourian fired Wallace as commerce secretary, then beat him and his followers in every political contest he could, forcing them out of the party and annihilating them in the 1948 election, when Wallace earned 2.4% of the vote as a third-party presidential candidate.

Mr. Sanders represents an existential threat to the Democratic Party. If he “Corbynizes” the party like Labour in Britain, it will be difficult to reverse its leftward lurch anytime soon. While that might be good for the GOP in the short run, it would be dangerous for America, which benefits from a two-party system in which both reject extremist ideologies.

Mr. Biden and other traditional liberal Democrats have a real fight on their hands. Tuesday was its start, not its end. But what an incredible start it was.

Article
There’s plenty of action on Capitol Hill, and not all of it has to do with the Jan. 6 Commission. ...
Read More
Share on:

Article
After six months in office, President Biden can claim some successes. ...
Read More
Share on:

Article
Democratic state representatives shut down the Texas House on Monday by fleeing to Washington.  ...
Read More
Share on:

Kamala Harris vs. Greg Abbott on the Border