The Beginning of ObamaCare’s End 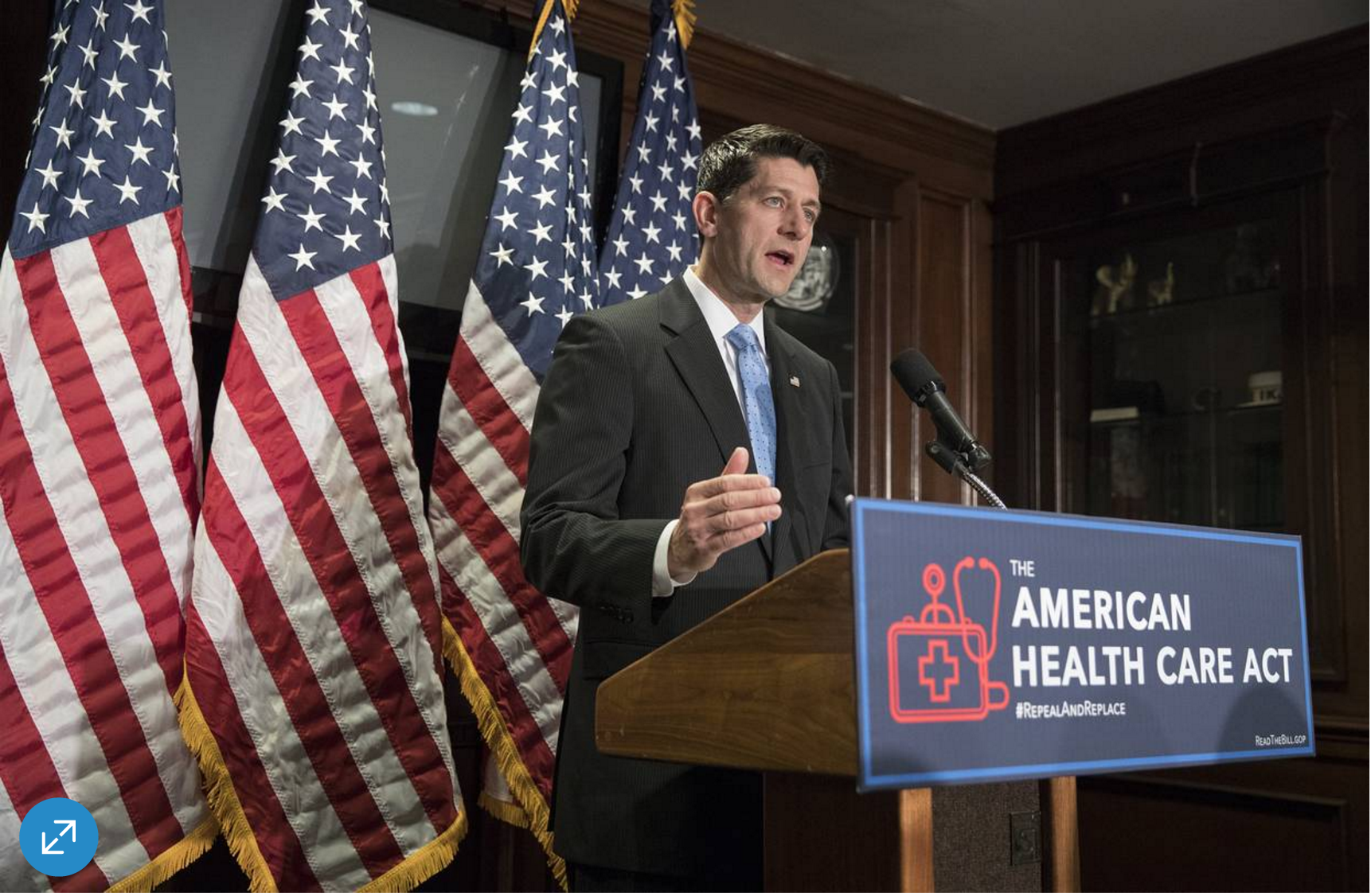 The House GOP’s bill to reform health care is hardly a surprise: Its key elements were part of the “Better Way” agenda championed last year by Speaker Paul Ryan. Republican lawmakers discussed the principles in several special conference meetings. The legislation was then written from the bottom up by the appropriate committees instead of being imposed from the top down.

The bill would repeal much of President Obama’s framework for government-run, highly prescriptive, one-size-fits-all health care. In its place would stand conservative reforms to unleash market forces, give consumers choice, and return power to the states.

Gone or phased out would be ObamaCare’s individual and employer mandates, its $700 billion exchange subsidies, its $1 trillion in taxes, its “slush funds” for insurers, and its extra money for states that expand Medicaid. The bill retains some uncontroversial ObamaCare provisions: Families would still be allowed to keep children on their policies until age 26. Insurers would still be prohibited from capping lifetime benefits or denying coverage to patients with pre-existing conditions.

The plan would provide history’s biggest reform of Medicaid. The program would be converted into a less expensive per capita block grant, finally giving states flexibility to meet local needs.

The bill would strengthen health savings accounts, allowing larger contributions and expanding options for how the money can be spent. It would help make insurance portable: Under current law, employer-provided plans enjoy favorable tax treatment. This bill would extend that, via tax credits, to people who are self-employed or do not receive coverage from their companies, which would dramatically expand the availability of low-cost insurance in the individual market.

Some in the House Freedom Caucus are grumbling that these tax credits are a new entitlement. But two years ago, 13 of the Freedom Caucus’s members—including chairman Mark Meadows—co-sponsored an ObamaCare repeal-and-replace bill offered by then-Rep. Tom Price. That legislation included refundable tax credits.

Further, the quibbling Republicans aren’t supporting repeal of the favorable tax treatment for employer-provided plans, which will cost Washington $3.6 trillion in forgone revenue over the next decade. This policy benefits employees at large companies. But it leaves out 15 million self-employed Americans and millions more whose employers don’t provide coverage. If workers at Fortune 500 companies get a tax advantage for their insurance, don’t self-employed entrepreneurs and workers at small businesses deserve the same?

Because the GOP intends to pass the bill through the Senate’s reconciliation process, it cannot do everything. Next up is Tom Price, the secretary of health and human services. ObamaCare gives him power to write 1,440 rules, Republican leaders tell me. He will use it to provide regulatory relief and bend health care in a consumer-centered, market-driven direction.

Congress will also debate follow-on legislation: reforming medical liability to reduce junk lawsuits, allowing insurance to be sold across state lines, permitting small businesses to pool their risk and get the same discounts as big companies, and much more.

But passing this initial bill is the first step toward fundamentally reforming America’s health system. What is the alternative? Sen. Mike Lee (R., Utah) and Rep. Jim Jordan (R., Ohio) advocate a straight ObamaCare repeal, followed by a series of replacement measures considered under the Senate’s regular order. This plan assumes lots of Democrats will flock to provide 60 votes for every conservative health-care reform. Good luck with that.

There are important political reasons to get this done now. One Nation, an advocacy group I volunteer with, recently ran a poll in 12 states with competitive Senate races in 2018, including former blue states won by President Trump—Pennsylvania and Wisconsin.

Voters in these states support repealing ObamaCare, 51% to 45%. Seventeen percent say repeal it immediately, but twice as many, 34%, want repeal only when a replacement is ready. Fifty-five percent said that health-care quality has not changed much under ObamaCare, but 56% said their costs have gone up. Only 8% said costs have dropped.

Whom do these voters trust most to draft ObamaCare’s replacement? Forty-six percent say either congressional Republicans or President Trump, compared with 40% for congressional Democrats. Moreover, 66% of voters—including 70% of independents—say Democrats should not resist every replacement plan.

Blind opposition will gain Democrats praise from the party’s loony left, but that’s about it. Voters expect Republicans to replace ObamaCare with something that lowers costs. Repeal alone would return health care to what most Americans consider a broken condition.

Some Republicans, stuck in an oppositional mindset rather than a governing one, would require that any replacement be 100% perfect before they support it. Otherwise they will stand with Nancy Pelosi and Democratic defenders of ObamaCare. This will strike many conservative voters as bizarre—perhaps because it is.