Paul Ryan’s Departure Is A Pity 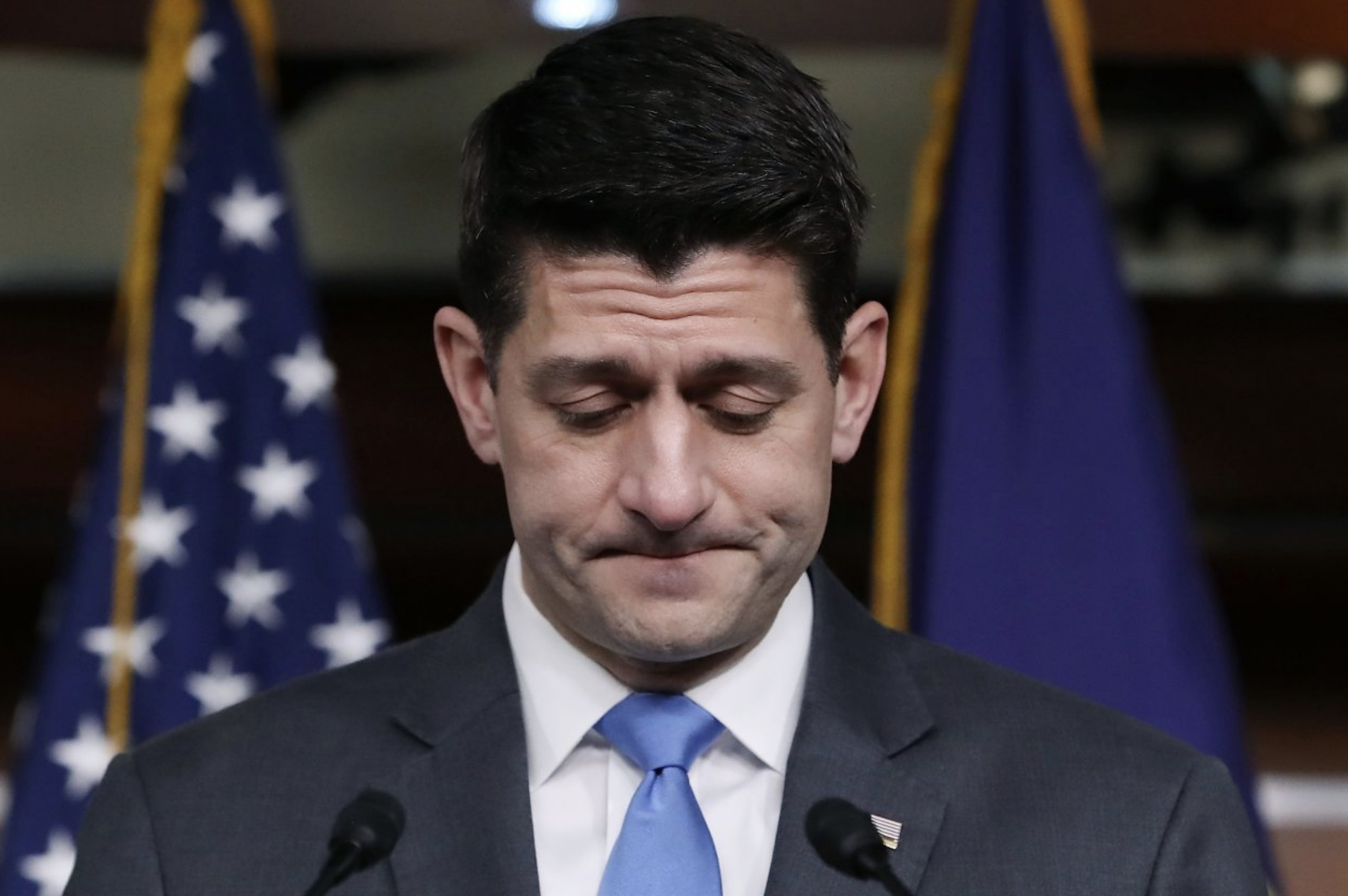 Speaker Paul Ryan’s announcement Wednesday that he will not seek re-election is bad news for Republicans, Congress and America’s political culture. Mr. Ryan says he’s confident Republicans will keep their House majority in the midterms, but his decision reflects a recognition that one of two outcomes is likely—neither of which is promising for GOP leadership.

One is that Democrats take the House. After being his party’s vice presidential nominee and third in line to the presidency, a demotion to minority leader is unappealing, especially if the Democrats are more interested in resistance than constructive action.

The other possibility is that Republicans end up with a diminished majority that makes governing more difficult. Even with the current 23-seat majority, the 25 or so Freedom Caucus members have the power to thwart the conference’s ambitions. If Republicans retain a razor-thin margin, Mr. Ryan would probably prefer someone else deal with the caucus’s threats to nix legislation that doesn’t meet its hard-line demands by voting with the Democrats.

Mr. Ryan has worked tirelessly to put Republicans on the strongest possible footing for the midterms. Since becoming speaker he’s transferred $80 million from his campaign to the National Republican Congressional Committee and helped the Congressional Leadership Fund super PAC accumulate $25 million cash on hand. (Disclosure: I contributed to a Ryan fundraiser last week in Texas.) It’s now up to his potential successors—Majority Leader Kevin McCarthy, Majority Whip Steve Scalise and anyone else who aspires to leadership—to step up.

Mr. Ryan leaves his party with not only money to spend but an example to follow. His tireless, yearslong advocacy for fundamental tax reform led to the passage of legislation that will create jobs and fatten paychecks, while incidentally helping vulnerable Republicans at the polls. His work as Budget Committee chairman persuaded Republicans to embrace entitlement reform in their budget resolutions, charting a path to save the great safety nets of Social Security and Medicare from bankruptcy. And he has been an eloquent evangelist for free-trade policies that level the global playing field and provide more opportunities for Americans to sell goods and services around the world, even as the politics of trade soured in both parties.

Mr. Ryan will leave Congress with the respect of virtually every member of his caucus, to say nothing of Democrats who can’t help but like him despite their policy differences. No one else could have matched his performance at keeping House Republicans moving in a constructive direction over the last three years. That he did so while also deftly managing relations with this White House—not known for its maturity or predictability—is all the more impressive.

Mr. Ryan’s departure from the House will be a loss for the country, too. Like his mentor, Jack Kemp, Mr. Ryan is optimistic, generous in spirit, committed to outreach, and animated by ideas. He is willing to work across party lines, as in the 2013 budget deal. And throughout his public life, he has shown integrity, civility and decency—qualities much too rare in today’s coarse and ugly political culture.

He was made aware at an early age of life’s fragility when he discovered his father dead of a heart attack. His Catholic faith has helped shape his commitments, and anyone who knows Mr. Ryan is aware of his devotion to his wife and three teenage children.

There are exciting new chapters yet to be written for this extraordinary 48-year-old, perhaps in business, where his strong leadership and keen mind can be put to work. Or maybe the world of ideas will beckon. The nation’s pre-eminent think tank, the American Enterprise Institute, is looking for a new president.

My impression of Mr. Ryan is colored by a Saturday I spent with him nearly 15 years ago, when he was a junior member and I was a White House aide. I had been summoned to speak at a GOP fundraising dinner in the Milwaukee suburbs. When Mr. Ryan found out, he insisted I fly out at dawn and spend the morning attending constituent meetings, then a lunch for rural Republicans at Walworth County’s nine-hole public golf course. The decorations were from Walmart ; the homemade potato salad was excellent.

As we drove through small towns in southeast Wisconsin, our conversation was interrupted by irreverent calls on his pickup’s speakerphone from his brothers about a family dinner the next day. When he dropped me off that afternoon, I thought: This is one bright, decent and well-grounded human being. If only there more like him in politics.