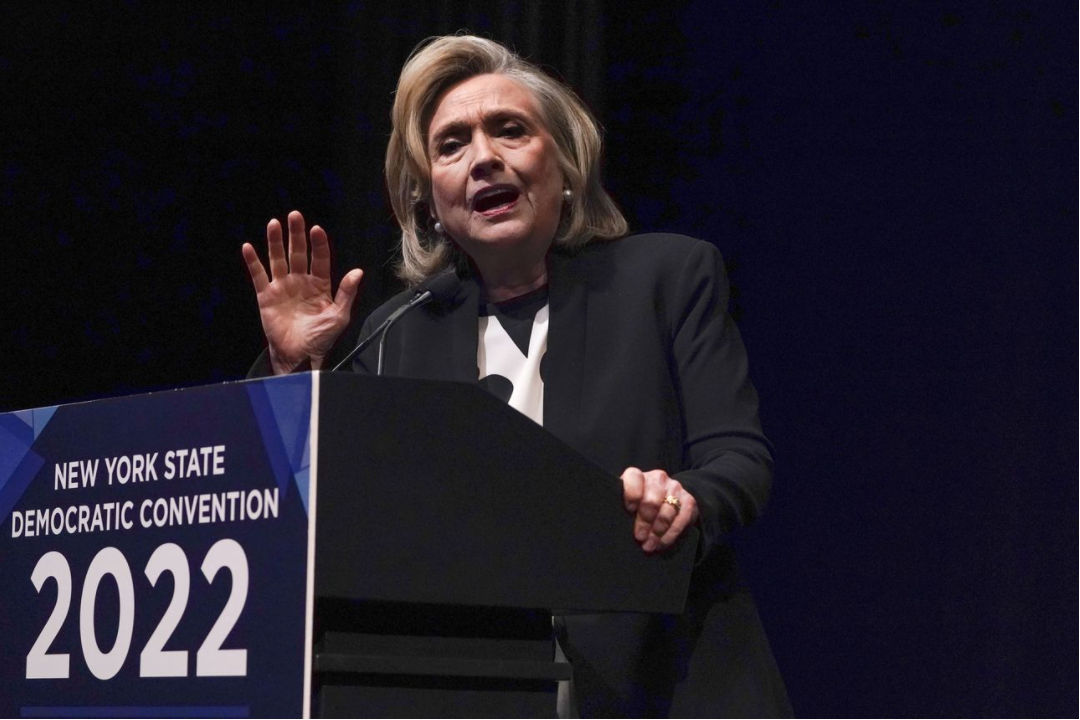 Just when you think the midterms couldn’t get worse for Democrats, up pop two of the most useless purveyors of strategic advice you can imagine.

On “Meet The Press” this month, Hillary Clinton said Democrats have “a lot of good accomplishments” that the party’s candidates should “be putting up on the board.” In her opinion, the best thing her party can do to secure a good midterm outcome is to “do a better job of making the case.”

Then there was former President Barack Obama, who returned to the White House last week for the first time in over five years. “We’ve got a story to tell,” Mr. Obama announced. “We’ve just got to tell it.” This came after the former president told House Democrats in early February “to focus on the wins”—these being the wide availability of Covid-19 vaccines, increased access to healthcare, good jobs reports, and the passage of the bipartisan infrastructure law.

Keep in mind this comes from the Democrat who somehow managed to lose the 2016 presidential election to Donald Trump and the president whose two midterm elections saw his party lose a combined 76 House seats and 15 Senate seats. Republicans can only hope every Democrat internalizes Mrs. Clinton’s and Mr. Obama’s advice and works it into every speech, action, appearance and ad between now and November.

Midterms are referendums on the incumbent president and his party, which almost always works to the in-party’s disadvantage. The counsel of Mrs. Clinton and Mr. Obama to Democratic candidates—nationalize your election by telling Americans about supposedly great Democratic accomplishments—puts an even stronger focus on a record that’s driven President Biden’s numbers down to 41% approval and 52% disapproval in the RealClearPolitics average.

Moreover, Democrats’ efforts to shout their record louder have brought the number of Americans who think the country is going in the right direction to 28% in the RealClearPolitics average, while 65% of respondents believe the U.S. is on the wrong track. These are hardly the makings of electoral success.

The RealClearPolitics generic ballot average now has Republicans at 46% and Democrats at 43%, an 8-point drop from Mr. Biden’s 51% popular-vote total in 2020. This swing means any incumbent Democrat who won last time by less than 8 points could be at risk this fall. That includes Democratic senators in Georgia (a state Mr. Biden won by 0.2% of the total vote), Arizona (0.3%), Nevada (2.4%) and New Hampshire (7.4%).

So rather than leaning into the midterm’s role as a referendum on the record of the Democrat-controlled White House and Congress, Democratic hopefuls should choose a different path.

They should instead try localizing their contests. This would require candidates to split their time equally between explaining what they individually want to do (and have done) for their constituents and what’s wrong with their particular Republican opponents, especially if those failings involve personal shortcomings or scandals. Democrats should make as many races as possible into contests in which partisan overtones are muted and the focus is on who is more in tune with the needs and values of the voters.

This approach also means keeping Mr. Biden and Vice President Kamala Harris largely off the campaign trail. Raising money at private events is one thing, barnstorming America quite another. Except in deep-blue enclaves, their public presence would increase the Republican enthusiasm advantage and further tilt the generic ballot toward the GOP.

These tactics likely won’t keep Democrats from losing the House or Senate, but they could keep the midterms from being the brutal shellacking Mrs. Clinton and Mr. Obama’s advice would produce.

It’s unlikely many Democrats will adopt this localizing strategy. Pressure from their progressive base, congressional leadership, national campaign committees and the White House will push most to fall in line and display “message discipline.” This will leave then extolling a record they claim is great but many voters think is weak and out of touch with the concerns of ordinary Americans. Their campaigning will also reinforce voters’ belief that if they want a check and balance on the excesses of the past two years then they must vote Republican.

If vulnerable Democrats want a chance to win, they should divorce themselves from the national Democratic brand established by Mr. Biden, Ms. Harris, Nancy Pelosi, and Chuck Schumer, the four horsepeople of a Democratic midterm apocalypse.

Article
Give George Soros his due. He knows how to get political results. ...
Read More
Share on:
“
marking a not so happy anniversary https://t.co/6zPJzU92xi
”