The Return Of Barack Obama 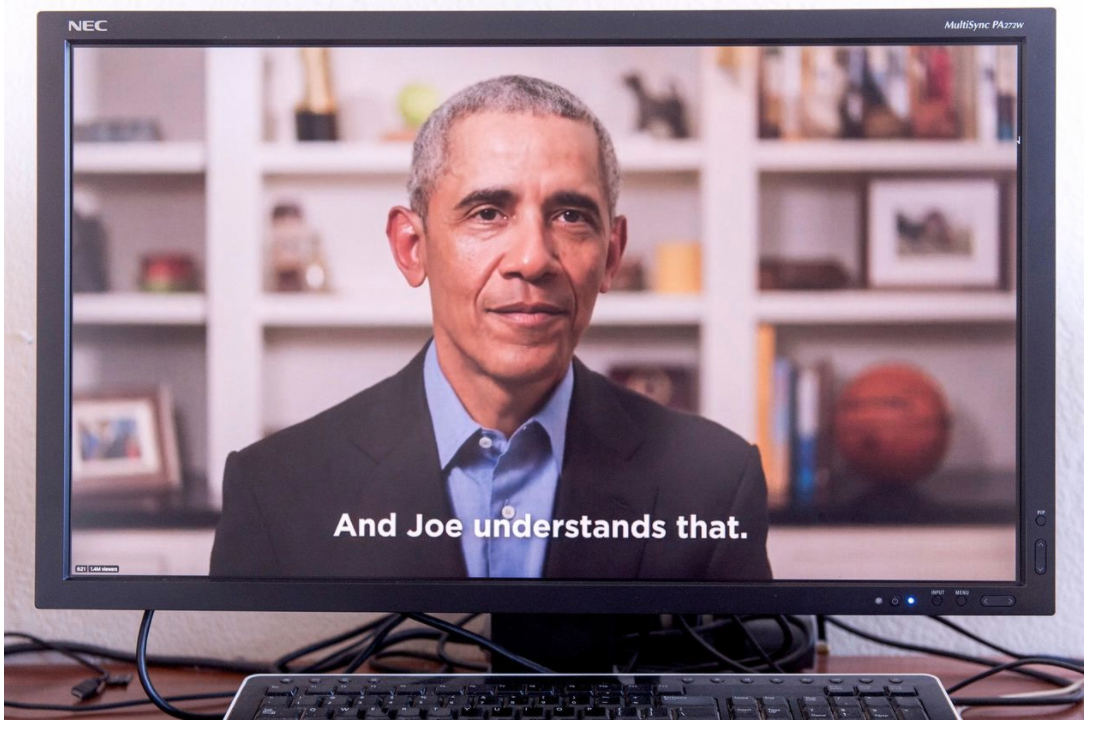 While the battle for the Democratic presidential nomination was on, Barack Obama remained mute. Only on Tuesday, the day after Bernie Sanders had conceded and endorsed Joe Biden, did Mr. Obama re-enter the fray with a video endorsement of Mr. Biden.

It struck some observers as odd that the former president didn’t endorse his old running mate and vice president earlier. But Mr. Obama’s decision to wait was both to be expected and politically smart. There was concern among the Obama political team about Mr. Biden’s effectiveness as a candidate. Mr. Obama also understood that no matter who emerged as the nominee, at the end only he could offer a benediction over the primaries and unite Democrats for the fall election.

The 12-minute production was pure Obama—slick, well-written and delivered in the former president’s staccato cadence, that cross between an Olympian declaration and a Harvard Law School lecture.

Mr. Obama spent the opening 1:42 bucking up Americans during a time of plague, before pivoting in his most effective passage to praise Mr. Biden’s character, forged by a tough upbringing and demonstrated in moments of terrible personal tragedy and loss.

Then the former president got political and inadvertently revealed the challenges facing Democrats this year. Mr. Obama praised Mr. Biden as “an incredible partner” in helping America overcome the Great Recession, crediting the former vice president with implementing the American Recovery and Reinvestment Act.

That likely pleased Democrats, but Mr. Obama may have painted concentric red circles on Mr. Biden’s back with this year’s swing voters. They will be reminded that the 2009 stimulus was a bloated mess, prettified by claims of “shovel-ready jobs” that never materialized and other nonsense that ended as badly as Solyndra’s balance sheet. Remember, too, that the Obama recovery was one of the country’s weakest ever.

Then came the video’s most mystifying part. The former president praised Mr. Sanders as “an American original” and said that “the ideas he’s championed . . . will be critical in moving America in a direction of progress and hope.” It sounded as if Mr. Obama was endorsing Mr. Biden, but on Mr. Sanders’s agenda.

Donning sackcloth and ashes, Mr. Obama repented for not being a more left-wing president: “If I were running today, I wouldn’t run the same race or have the same platform as I did in 2008.” That’s a concession to the Sandernista critique and support for Mr. Biden’s leftward shift.

Mr. Obama urged the left wing of the Democratic Party to support Mr. Biden. He mimicked Sen. Elizabeth Warren’s signature phrase by calling for “real structural change” and claimed Mr. Biden has “the most progressive platform of any major-party nominee in history.” For the party that nominated George McGovern, Walter Mondale and Michael Dukakis, that’s saying a lot.

Mr. Obama implicitly criticized his own administration in saying that “the vast inequalities created by the new economy are easier to see now,” that something must be done about “crushing student-loan debt,” that “we need to do more than just tinker around the edges with tax credits or underfunded programs.” Was Mr. Obama dissing his own Making Work Pay Tax Credit? His American Opportunity Tax Credit? His Small Business Health Care Tax Credit?

Mr. Obama even characterized the Affordable Care Act, his signature accomplishment, as inadequate. “We should make plans affordable for everyone, provide everyone with a public option, expand Medicare, and finish the job,” he said. Mr. Sanders lost the nomination, but he’s winning the battle of ideas—and the Democratic Party’s future.

Mr. Obama’s return was also marked by two annoying habits. There can be no honest disagreements with Mr. Obama: He consistently questions the motives of political opponents. Republicans, he said Tuesday, “are not interested in progress,” only “power.” They want polluters to “poison our air and our water” and “have disregarded American principles of rule of law and voting rights.” Mr. Obama also said it was important to “bring people together rather than drive them apart,” but apparently he didn’t mean it.

Then there’s his tone-deafness. The former president attacked Republicans for wanting to “kick millions off their health insurance.” Yet isn’t that what happened when Mr. Obama’s pledge, “If you like your plan, you can keep your plan,” turned out to be false? He also criticized “a politics that too often has been characterized by corruption, carelessness, self-dealing.” Sounds like when Mr. Biden did nothing as his son joined the Burisma board in Ukraine.

Mr. Obama’s video marked the end of the Democratic primaries and the moment of Mr. Biden’s coronation. But I’m skeptical that caving in to the party’s left wing is an auspicious start to the Democrats’ election campaign.