Bernie Sanders Could Win This Time 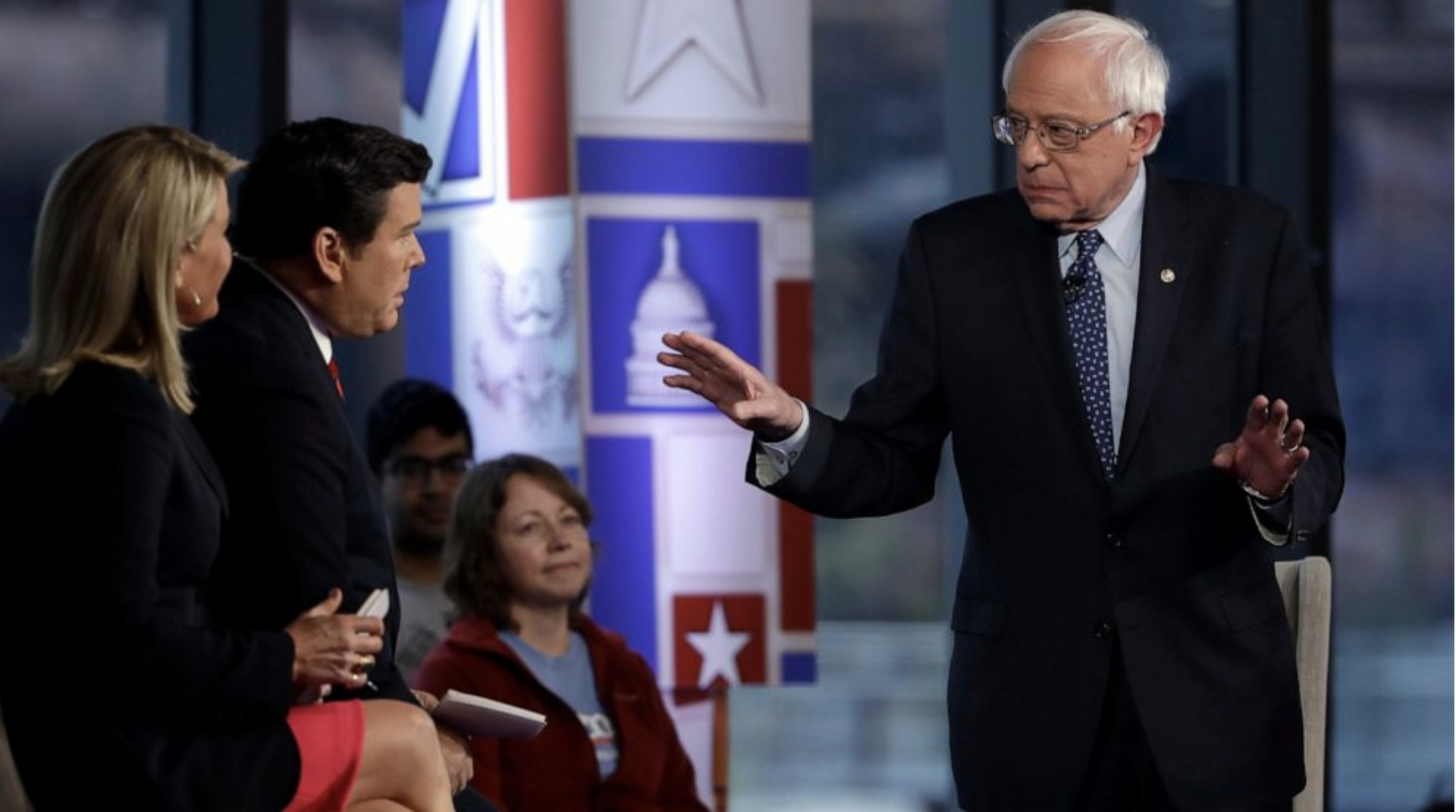 Despite any suggestions to the contrary, Sen. Bernie Sanders’s televised Fox News town hall on Monday did not come out of Bizarro World. In fact, it was evidence our politics is not as broken as many people think.

Ignoring the decree from the pusillanimous Democratic chairman, Tom Perez, that Fox News would not host any Democratic presidential debates—a not-so-subtle signal to candidates to stay off the network entirely—Mr. Sanders waded into an hourlong conversation with Fox anchors Bret Baier and Martha MacCallum before an audience in Bethlehem, Pa.

The pugnacious Vermont socialist was rewarded with around 2.6 million viewers—nearly twice as many as his February CNN town hall drew—making his appearance the most-watched election event so far this cycle.

Viewers saw Mr. Sanders’s strengths and flaws. The senator demonstrated that he’s a serious contender with an upside, but has glaring weaknesses that deft opponents can exploit.

Mr. Sanders’s sure-footedness was a reminder that his 2016 run against Hillary Clinton made him a better candidate. On Monday Mr. Sanders was fluid, parrying questions about how much money President Trump’s tax cut saved him on the half million his household raked in last year by simply saying, “I pay the taxes that I owe.” Mr. Sanders then pivoted, demanding the president join him in releasing 10 years of tax returns.

When Ms. MacCallum used South Bend, Ind., Mayor Pete Buttigieg’s call for “a new generation of leadership” to ask whether Mr. Sanders—who will be 79 on Election Day—is too old to be president, he quipped: “Follow me around the campaign trail.” He then acknowledged that “it’s a fair question,” before touting his health and bending the conversation back to “it’s not whether you’re young, it’s not whether you’re old. It is what you believe in.”

The senator from Vermont distinguished himself by focusing on his vision, not simply bashing the president. “If we spend all of our time attacking Trump,” he said, “Democrats are going to lose.”

Perhaps most importantly, Mr. Sanders’s 2016 experience seems to have taught him how to smooth socialism’s rough edges. “Democratic socialism to me,” he told the crowd, “is creating a government and an economy and a society which works for all,” not only the top 1%. “In a wealthy, democratic, civilized society like our own,” people “are entitled to certain basic rights.”

But such platitudes go only so far in masking what drives Mr. Sanders’ philosophy: resentment, grievance and a desire to take from those who have and redistribute the wealth, all to expand government. He may describe socialism in benign terms, but he regularly drops his guard, opening himself up to devastating counterpunches.

For example, the senator said “Medicare is a government-run program” but also claimed “we are not talking about government-run health care” when discussing his Medicare for All proposal. He casually dismissed concerns about abolishing private health insurance for nearly 177 million Americans by suggesting that lots of people lose their insurance under the current system when “they get fired or they quit and they go to another employer.” Now all of us can be so lucky.

Mr. Sanders also made the mistake of arguing about whether credit is due to Mr. Trump for the growing economy, strong wage growth and low unemployment, claiming they result from global trends. Better next time to change the subject.

He was often light on vital details. In one instance, Mr. Sanders dodged attempts to pin him down on his agenda’s cost, saying “we pay for what we are proposing,” without mentioning any numbers. Call it Bernie’s magic asterisk.

Often his slipperiness lies in what’s omitted. After saying he personally paid all the taxes due, he then attacked “Amazon, Netflix and dozens of major corporations” that “paid nothing in federal taxes.” Apparently Mr. Sanders feels companies should pay tax even if they’re losing money and shouldn’t use credits to offset foreign taxes on overseas profits—but he wouldn’t say that plainly.

Mr. Sanders was also prickly. (He always is.) Though it was smart to come on Fox, he continually picked at the moderators and denigrated their network. It would have been better not to be churlish.

Still, when only 37% of Americans in the RealClearPolitics average think the country is going in the right direction while 56.4% think it’s on the wrong track, Mr. Sanders could be perceived as an agent of change. If he is the Democratic nominee, Mr. Trump’s task will be to convince Americans that a socialist turn would be a ruinous change. Based on Monday’s town hall, that won’t be as easy as Republicans may think. Mr. Sanders is a real contender.