Comey’s Loyalty Isn’t To The Truth 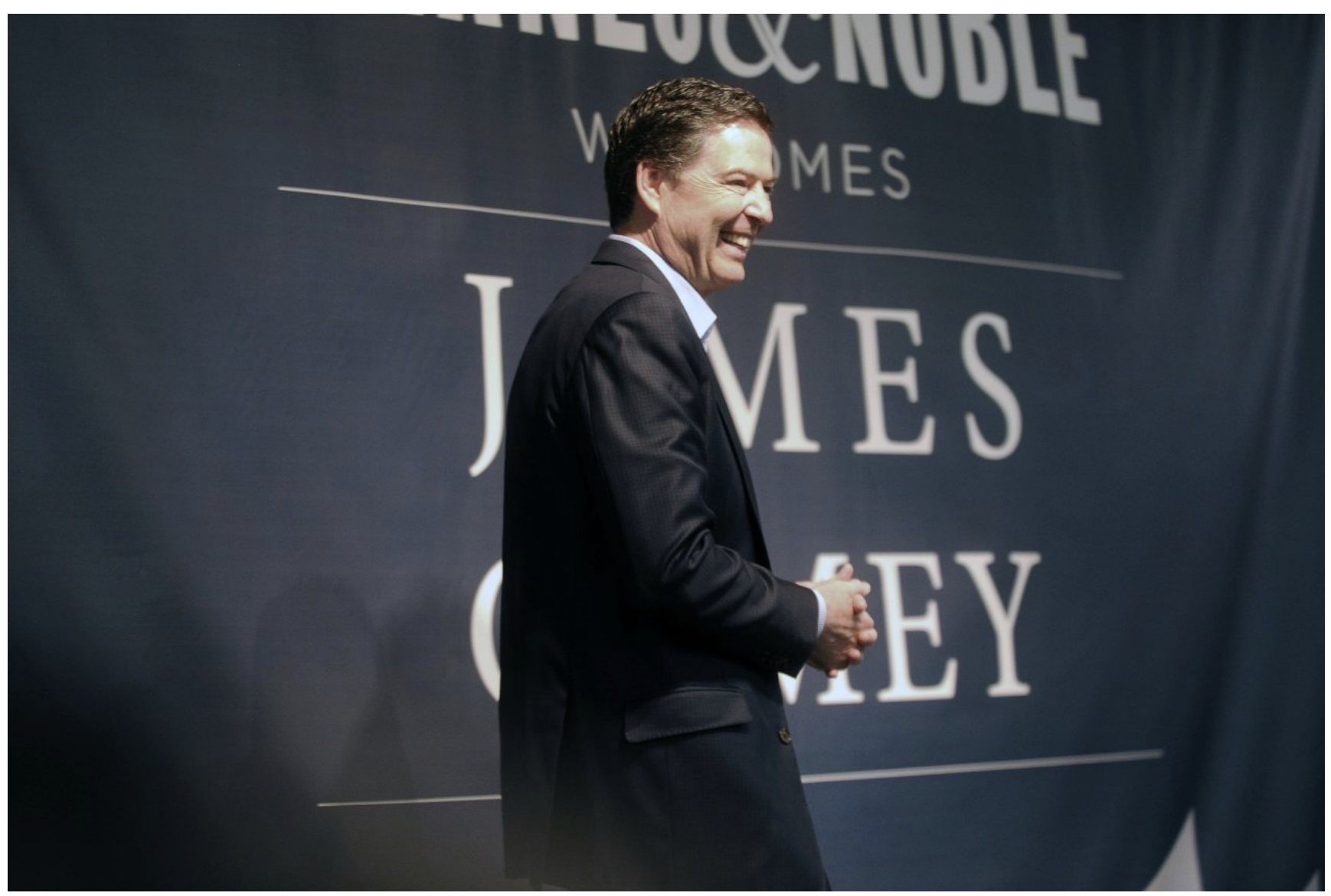 For 10 days, former FBI Director James Comey has been on a high-profile media tour to promote “A Higher Loyalty.” With more than 600,000 copies sold in the first week, the book leaves competing “resistance” favorites “What Happened” and “Fire and Fury” in the dust. But behind the aw-shucks, I-was-the-only-honest-man-in-the-room persona, Mr. Comey’s book demonstrates his real higher loyalty is to self-aggrandizement.

Consider two episodes from George W. Bush’s presidency. Mr. Comey writes that in 2003 he was drawn into the Valerie Plame investigation when administration officials leaked the identity of “a covert CIA employee,” allegedly as retaliation for a critical op-ed written by Ms. Plame’s husband. Mr. Comey, then deputy attorney general, appointed special counsel Patrick Fitzgerald, and writes that he stands by the decision to charge Vice President Dick Cheney’s chief of staff, I. Lewis “Scooter” Libby, with false statements, perjury, and obstruction of justice. Mr. Libby was convicted in 2007.

But vital facts are missing from Mr. Comey’s account. The most important is that no one revealed a covert CIA agent’s name. Though Mr. Comey refers to Ms. Plame seven times as a “covert agent,” she was not. That’s why Deputy Secretary of State Richard Armitage, who revealed Ms. Plame’s name to columnist Robert Novak, was never indicted.

Mr. Comey also fails to note that the star witness against Mr. Libby, former New York Times reporter Judith Miller, recanted her testimony in 2015. She said Mr. Fitzgerald misled her and withheld exculpatory evidence that would have kept her from “unwittingly giving false testimony.” In a rebuke to Messrs. Fitzgerald and Comey, the District of Columbia Court of Appeals cleared Mr. Libby to practice law again in 2016, well before President Trump pardoned him earlier this month.

Then there is Mr. Comey’s account of the March 2004 meeting of President Bush’s Chief of Staff Andy Card and White House Counsel Alberto Gonzales with Attorney General John Ashcroft over reauthorization of a vital post-9/11 intelligence program code-named Stellar Wind.

Here Mr. Comey summons all the melodramatic flair he can muster. In his telling, he and other Justice Department lawyers objected to renewing Stellar Wind unless changes were made. They had won Mr. Ashcroft to their view, but he was hospitalized with acute pancreatitis—so ill that Mr. Comey was made acting attorney general. As he was driven home from work one night, Mr. Comey received an urgent message: Messrs. Card and Gonzales were en route to Mr. Ashcroft’s hospital room “to do an end run” around Mr. Comey. Flashing lights blazing, his SUV moving as if on “a NASCAR track,” Mr. Comey raced to the hospital. His “vehicle screeched to a stop.” He “jumped out and ran up the stairs . . . relieved” to arrive ahead of both Mr. Card and Mr. Gonzales. He took a seat in the darkened room “just to the right of Ashcroft’s bed” and waited for the president’s agents to arrive.

When they did, Messrs. Card and Gonzales were shocked to find the attorney general so ill. Mr. Gonzales explained they’d come seeking Stellar Wind’s reauthorization and, Mr. Comey reports, “willing to work to fix any legal issues.” Mr. Ashcroft momentarily recovered, delivered “a rapid-fire blast,” claiming he “had been misled” about Stellar Wind’s scope and had “serious concerns about the legal basis for parts” of it. The two White House officials beat a hasty retreat. (The program was soon reauthorized with agreed upon changes.) “I felt like crying,” Mr. Comey reports. “The law had held.”

Such high drama! But again, Mr. Comey leaves out critical facts. When Messrs. Card and Gonzales arrived at the hospital, neither they nor the president knew that the attorney general’s authority had rested with Mr. Comey for nearly a week. Justice Department staff later claimed they faxed the White House the news, though you’d think if an attorney general couldn’t perform his duties, his designated successor would personally alert the president or his aides. White House officials don’t even recall Mr. Comey’s presence at Mr. Ashcroft’s bedside. He might have been seated in a dark corner or hiding behind a room divider, but he was a silent observer at best.

Mr. Comey approached Stellar Wind, like many other issues, by assuming not honest differences but venal motives on the part of those with whom he disagreed. This tendency left him inclined to histrionics, such as allegedly telling his security detail “not to permit me to be taken from Ashcroft’s room” if Mr. Card ordered Secret Service to remove him.

“A Higher Loyalty” leaves the impression no one has a higher opinion of James Comey than himself. How difficult to be a white knight in a fallen world!