The Pitchforks Are Out For McKinley 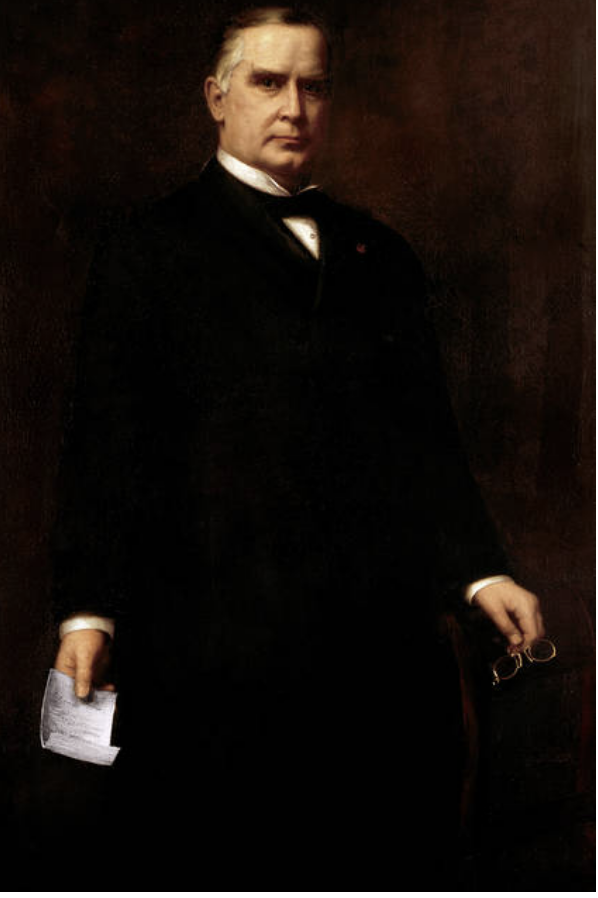 Americans have wrestled in recent years with whether monuments honoring Confederate leaders such as Robert E. Lee and Jefferson Davis are appropriate. I’m sympathetic to those, like New Orleans Mayor Mitch Landrieu, who have concluded some monuments should come down. But in Arcata, Calif., something more pernicious is going on.

Arcata is a Northern California hot spot of trendy leftism that in 1989 prohibited the manufacture or storage of nuclear weapons within city limits. In 2016, Donald Trump won 10% there, 11 votes more than the Green Party candidate. Now the City Council has raised the monument issue to a new level of nuttiness by voting to remove a statute of President William McKinley from the town square.

Mayor Sofia Pereira explained the council’s rationale by asking, “Is there a difference between honoring McKinley and Robert E. Lee?” There is a very big difference between the Confederacy’s commanding general and the 25th U.S. president.

Start with the issue of race. The son of abolitionists, McKinley enlisted as an 18-year-old private at the start of the Civil War not only to save the Union but also to end the moral blight of slavery. He received three battlefield promotions for bravery, ending the war as a major.

As a young lawyer in 1867, McKinley worked hard to pass an Ohio constitutional amendment protecting black voting rights. Elected to Congress in 1876, he was a staunch advocate of federal civil-rights protections, and as resolutions chairman at the 1884 and 1888 Republican national conventions he ensured that the GOP platform supported such measures. McKinley was the first presidential candidate to appear before black audiences while seeking the nomination in 1896, and he appointed a record number of blacks to federal positions.

McKinley also took on anti-Catholic bigotry, defying America’s largest pressure group, the American Protective Association, when it insisted during his Ohio governorship that he fire Catholic state workers. When the group labeled McKinley the only unacceptable Republican presidential candidate in 1896, he responded that he would not “countenance any abridgement of the constitutional guarantees of religious freedom.”

Moreover, McKinley welcomed the influx of immigrants then coming to America, scandalizing the GOP’s Anglo-Saxon Protestant leadership by inviting groups of foreign-born workers to visit his Canton, Ohio, home during his campaign.

Chris Peters, head of the Arcata group calling for the statute’s removal, blames McKinley for “settler colonialism” that “savaged, raped and killed” Native Americans. Ted Hernandez, chairman of the local Wiyot Indian Tribe, agrees, asking: “Why do we have this man standing in this square where they used to sell our children?”

Both men should consult calendars. The Indian Wars ended long before McKinley became president in 1897. The Wiyots began losing tribal lands to lumbermen and settlers in the 1850s, and dozens of tribe members were allegedly massacred in 1860 when James Buchanan was president and McKinley a teenager. Wiyot children were not sold into involuntary servitude in Arcata’s square with McKinley’s approval during his presidency.

Pressed on why McKinley’s statue should be removed, protesters point to his signing the 1898 Curtis Act, which abolished tribal governments in the Indian Territory—paving the way for Oklahoma to become a state—and distributed communal lands to tribe members. McKinley’s signature on this bill in no way justifies accusations that he is guilty of “racism and murder.” The law’s author, Rep. Charles Curtis of Kansas, himself of Native American descent, believed Native Americans could assimilate with the wider U.S. population.

McKinley’s assassination by a terrorist in 1901 caused an outpouring of national grief not seen since Lincoln’s death or experienced again until John F. Kennedy’s murder 62 years later. Half a million people lined the train tracks as the president’s body was returned to Washington, with 30,000 breaking into patriotic songs as his funeral cortege pulled out of Harrisburg, Pa. Tennessee schoolchildren sent a train carload of sweet peas to be strewn on his path into Canton’s cemetery, where a hillside was covered with floral tributes from workers honoring the man who presided over prosperity and unity.

“I don’t think people would even know who McKinley is,” Ms. Pereira says, “but we do.” Actually, they don’t. They have a notion of McKinley—the first modern president, who ushered in the American Century—that is so warped that only willful ignorance and runaway political correctness explains their destructive action.