Clinton and Bush Prepared for Pandemics 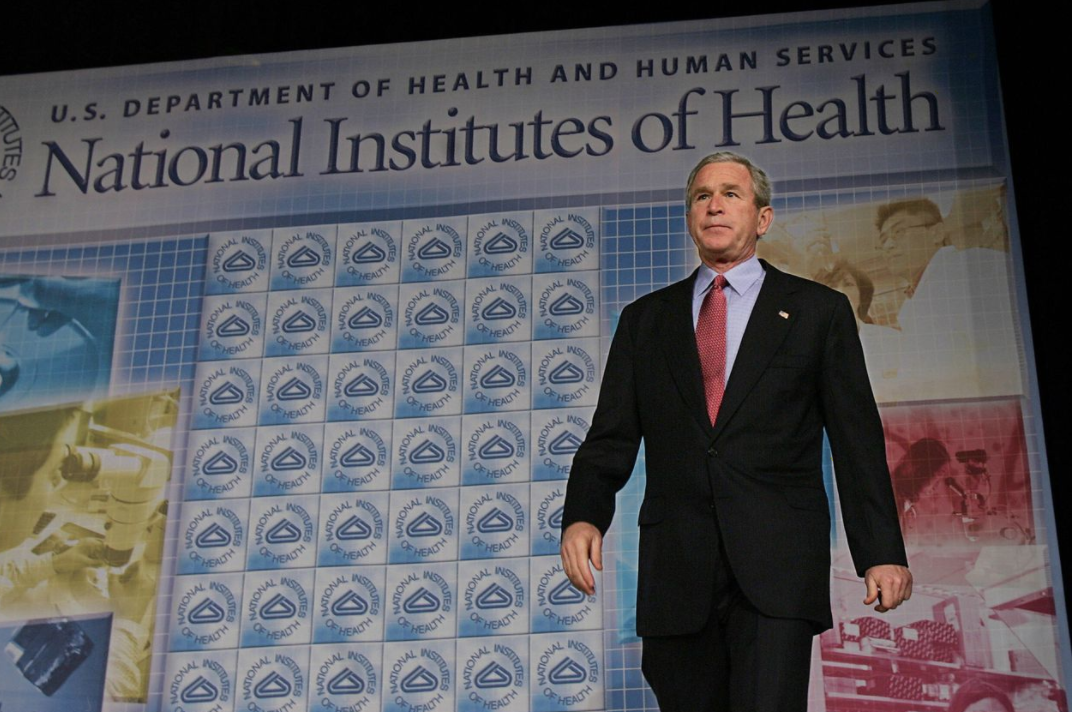 Many presidents leave behind new tools, practices and institutions for their successors to use in a crisis. President Harry S. Truman, for example, left his successors the Defense Department, National Security Council, Central Intelligence Agency and Defense Production Act. As President Trump confronts the coronavirus, he benefits from reforms instituted by two of his predecessors, Presidents Bill Clinton and George W. Bush.

In the spring of 1998, Mr. Clinton read a potboiler about a mad scientist who unleashed a bioweapon on the Northeast. This led the president to discover that Washington stockpiled drugs and vaccines for military use in pandemics, but not for civilians.

By that October, as Washington was consumed with impeachment efforts, Mr. Clinton shoehorned $51 million into an omnibus spending bill to establish the National Pharmaceutical Stockpile, or NPS, a repository for drugs and vaccines at the Centers for Disease Control and Prevention for civilian use during pandemics. It was a modest beginning, but the decision to accumulate medicines for the public to use was important.

After 9/11, President Bush examined all potential threats to the homeland, from terrorism to pandemics, and became convinced the NPS was too small. He increased its budget, spending around $1.2 billion in 2002 and nearly $400 million for each of the next three years to dramatically expand the stores of drugs and add personal protective equipment and medical devices. He renamed it the Strategic National Stockpile and opened depots around the country.

Then came the SARS virus from China in 2002 and the avian flu the next year. SARS infected 8,000 and killed nearly 800 world-wide, spreading rapidly across six continents before dissipating. Though in 2003 there were only 120 cases of avian flu in humans before it faded, half of them died, along with millions of birds.

The briefings Mr. Bush received during these incidents from National Institutes of Health director Dr. Elias Zerhouni, his colleague Dr. Anthony Fauci and CDC director Dr. Julie Gerberding convinced him that it could have been much worse given how ill-prepared America was.

The president’s concern was also influenced by reading John M. Barry’s book “The Great Influenza,” about the 1918 flu pandemic that killed more than 500,000 Americans and an estimated 20 million to 50 million around the world.

“A pandemic is a lot like a forest fire,” Mr. Bush said in 2005. “If caught early, it might be extinguished with limited damage,” but if “allowed to smolder, undetected, it can grow to an inferno.” Mr. Bush announced a national strategy with three prongs. First, to detect pandemics early, he pressed countries to share relevant information and samples immediately with the World Health Organization and created protocols to detect, quantify and respond to domestic outbreaks.

Second, Mr. Bush further increased the stockpiles of critical supplies and invested $2.8 billion to replace the slow, antiquated process of culturing vaccines in chicken eggs, one dose per egg, with a new cell-based process that produces doses much more quickly.

Even still, the coronavirus pandemic has shown that foreign countries can delay and distort information critical to America’s response. Beyond that, drugs lose potency, protective gear deteriorates, and machines require maintenance. Stockpiles must be replenished and plans updated constantly. Most important, threats change. The drug that defeated one pandemic can be impotent in treating another. Equipment vital in one instance may be useless in the next.

This crisis should result in new reforms that better prepare the country and the world for future pandemics. This can start with faster, more reliable testing and improved public-health surveillance capabilities.

Pulitzer Prize-winner Lawrence Wright, author of “The End of October,” a novel out this month about a pandemic striking America, suggests the U.S. government establish an immunization initiative to streamline the creation of vaccines and create a universal influenza vaccine. Mr. Wright is also concerned about stepping up domestic production of essential drugs and medical devices, reducing America’s dependence on a shaky China-dominated supply chain.

As president, Mr. Trump’s responsibility is to lead the nation in defeating Covid-19. Once that’s done and the economy is restarted—a moment still some time away—the president should look to leave his successors with critical improvements to help the country handle other emergencies in years ahead.