Don’t Write Off The Republicans Yet 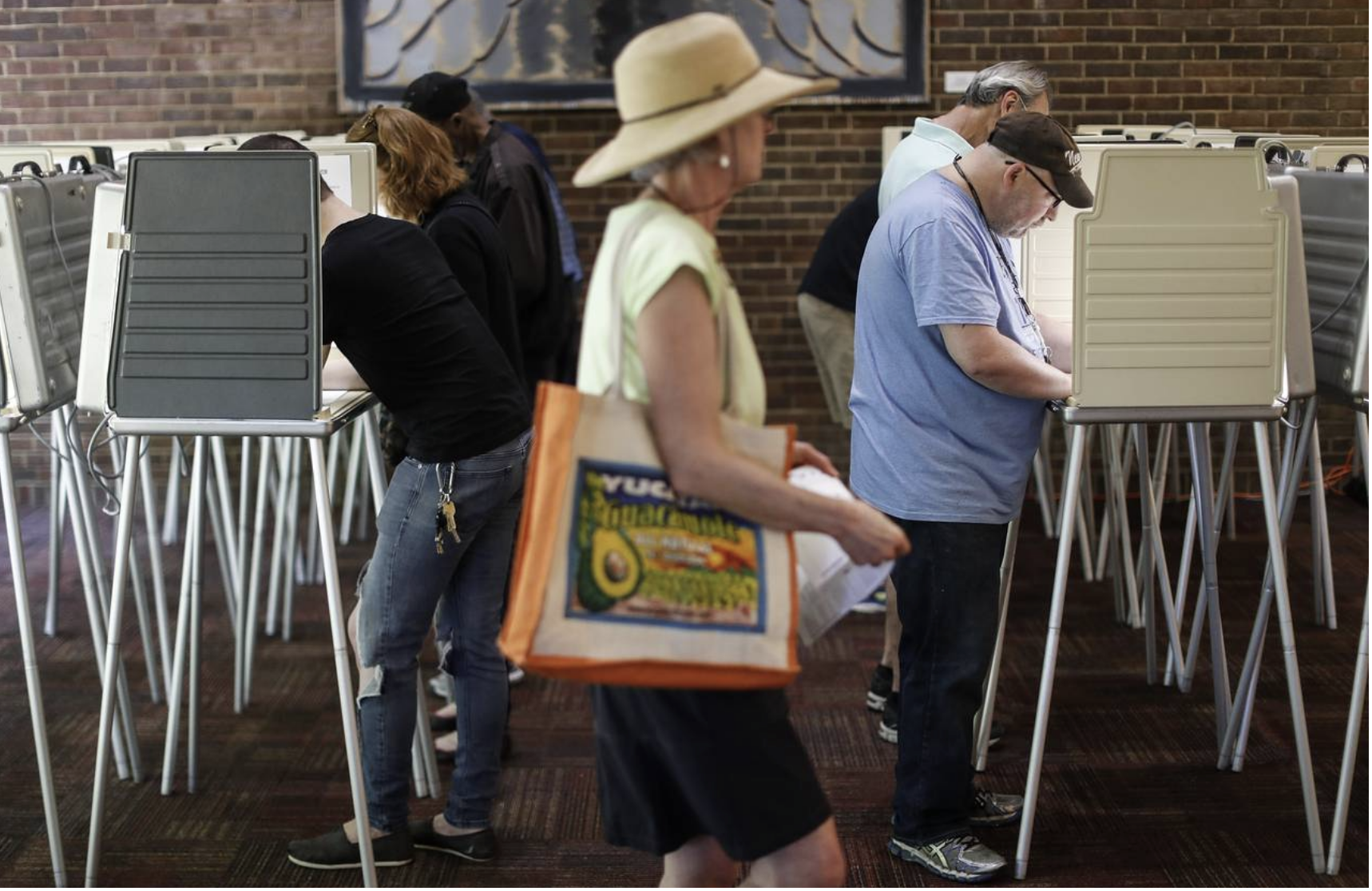 Each successive set of state primaries reveals more about how the midterm elections might play out this fall.

The Texas primary in March punctured the hype that high Democratic turnout during early voting in the Lone Star State’s urban counties meant more Democrats than Republicans would vote in the primaries. In fact, more Republicans than Democrats cast ballots.

So what are the lessons from Tuesday’s races in Indiana, North Carolina, Ohio and West Virginia?

First, that Indiana and West Virginia represent real GOP pickup opportunities in the contest for Senate control. Hoosier Republicans nominated a businessman, Mike Braun, who, though he’d served in the state Legislature, plausibly campaigned as an outsider. In a state Donald Trump carried by 19 points, Republicans are united. Mr. Braun, who spent millions on his primary campaign, appears prepared to spend more.

West Virginia Republicans dodged a bullet by nominating Attorney General Patrick Morrisey. Don Blankenship, he of federal prison, “China people” and “Cocaine Mitch” fame, was supposedly surging after the recent Fox News debate, but finished a distant third. West Virginians are apparently not eager to vote for corporate executives convicted of mine-safety violations that resulted in 29 deaths. Democratic strategists are in mourning over Mr. Blankenship’s demise in a state President Trump carried by 42 points.

Meanwhile, Democratic incumbent Sen. Joe Manchin showed signs of weakness. His relatively unknown primary opponent, Paula Jean Swearengen, won 30.2% of the vote despite spending only $130,000 to Mr. Manchin’s $1.3 million. Also worrying for Mr. Manchin: 136,220 Republicans voted in the primary—the most ever for a GOP midterm in the state.

After delivering for Mr. Trump by wider-than-expected margins in 2016, Ohio appears to be still leaning red as the midterms approach. There were 827,039 votes cast in the GOP gubernatorial primary, compared with 679,738 in the Democratic contest. The turnout disparity suggests partisan enthusiasm doesn’t uniformly advantage Democrats and may vary from state to state.

It is also clear both parties remain vulnerable to disruption, the GOP by candidates claiming to be more Trump-like and the Democrats by candidates claiming to be further left. Republicans had Mr. Blankenship in West Virginia, but in Ohio, Richard Cordray won the gubernatorial nomination only after being attacked as “establishment” by the left-wing former Rep. Dennis Kucinich and groups associated with Sen. Bernie Sanders. Despite his association with Sen. Elizabeth Warren and service as head of the Consumer Financial Protection Bureau, Mr. Cordray wasn’t liberal enough for some elements of his party. This sets up the second contest between Mr. Cordray and Republican gubernatorial nominee Mike DeWine, the former U.S. senator who ousted Mr. Cordray as state attorney general in 2010.

Tuesday was also a bad night for congressmen looking for promotions. Rep. Evan Jenkins came in second in the West Virginia GOP Senate primary, while Reps. Todd Rokita and Luke Messer came in second and third, respectively, in the Indiana Republican Senate contest.

The Freedom Caucus had a mixed performance. In the home state of its leader, Ohio Rep. Jim Jordan, Freedom Caucus-backed candidates ran second in the 12th District (north and east of Columbus) and 16th District (Northeast Ohio) as Republicans nominated state Sen. Troy Balderson and businessman and former Ohio State football star Anthony Gonzalez, respectively. The Freedom Caucus did beat North Carolina Rep. Robert Pittenger with Mark Harris, pastor of a Charlotte megachurch, and must now help Mr. Harris carry a court-reconfigured district that is substantially less Republican than in 2016.

Looming behind all this generally good news for Republicans is the Democratic fiscal advantage in the Senate battle. In Indiana, Mr. Braun can tap his bank account, but Democratic Sen. Joe Donnelly had $6.2 million cash on hand on March 31. Mr. Morrisey enters the West Virginia general election with energy and momentum but a drained treasury, while Mr. Manchin was sitting on $5.3 million at the end of March. Ohio Rep. Jim Renacci, the GOP Senate nominee there, has some personal resources, but the latest figures show Democratic Sen. Sherrod Brown with $12.2 million.

Money alone will not determine the November outcome, but Republican Senate candidates must narrow the dollar gap to keep—and possibly expand—the GOP majority in the upper chamber.