North Korea, and Iran, and Iraq! Oh, My! 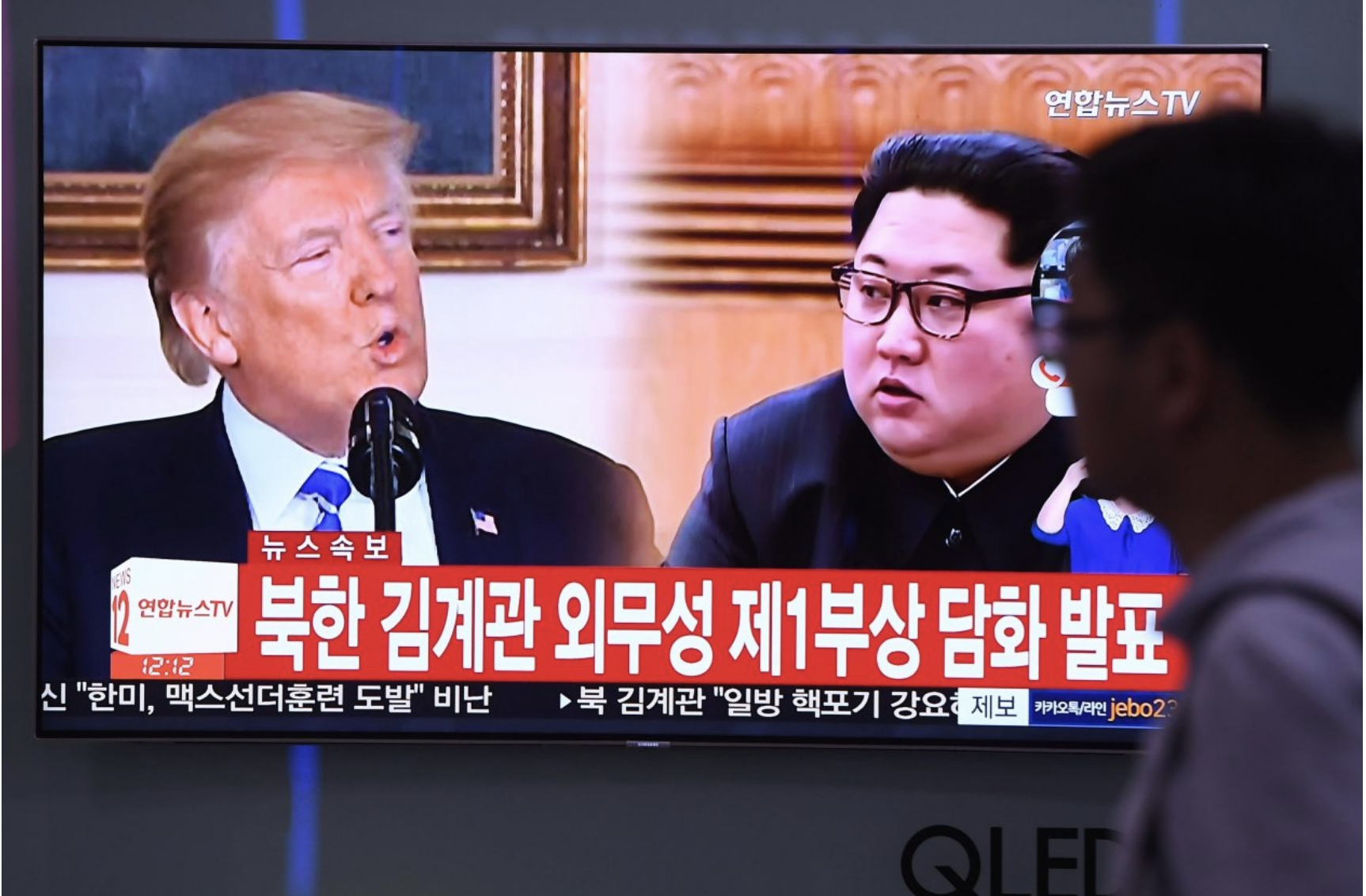 The world doesn’t postpone challenges so that policy makers will have time to prepare. Mike Pompeo was sworn in as secretary of state three weeks ago, and John Bolton walked into the West Wing as national security adviser 2½ weeks earlier. Along with President Trump, the two newcomers are facing three huge foreign-policy challenges coming like a runaway freight train.

First is the scheduled June 12 meeting in Singapore between Mr. Trump and the “Little Rocket Man.” Kim Jong Un is not some moronic playboy. Although only in his 20s when he became North Korea’s “supreme leader” in 2011, Mr. Kim quickly consolidated power. He is ruthless in eliminating potential rivals, having ordered the killings of his half-brother, an uncle, the uncle’s family and some of the uncle’s associates.

Mr. Kim is also crafty. Angered by military exercises between South Korea and the U.S., he decided Tuesday to cancel a coming meeting with South Korean President Moon Jae-in. He also threatened to call off the Singapore summit if the U.S. demands unilateral North Korean nuclear disarmament. Of course, he knew about the drills and the U.S. insistence on denuclearization before he accepted Mr. Trump’s and Mr. Moon’s invitations.

The North Korean leader is throwing a preplanned hissy fit, testing American and South Korean leaders to see how they respond. Both governments should ignore his antics. Mr. Trump cannot appear to want this summit more than Mr. Kim does. The North Korean dictator agreed to attend only because his economy had tanked after years of international sanctions, and his saber-rattling had caused Japan and South Korea to strengthen their militaries and draw closer to the U.S. The Chinese government, whose wishes Mr. Kim has too often ignored, also pressured him to the table.

Mr. Kim may view the Singapore summit as a publicity stunt, signaling goodwill so as to coax the U.S. and South Korea into a bad bargain. In light of this possibility, Mr. Trump’s message needs to be clear: If Mr. Kim doesn’t go to Singapore with intent to begin denuclearizing, it’s his loss.

All this messiness shows that the talk of a Nobel Peace Prize for Mr. Trump is wildly premature. The negotiations will be complicated and difficult, and there is no certain outcome. What Mr. Kim means by “denuclearization” might be entirely different from what Mr. Trump means. And Mr. Kim can’t be trusted. He, his father and his grandfather have made at least five pledges to end or disable North Korea’s nuclear-weapons program—in 1985, 1994, 2005, 2007 and 2012. Each time, they broke the commitment. Experts like David Kay, former United Nations chief weapons inspector, have pointed out that it would be extremely difficult to verify if North Korea has ended its program, turned over its fissile material, and destroyed its warheads in compliance with any agreement.

So when Messrs. Trump, Pompeo and Bolton arrive in Singapore, they’d better have a plan. No winging it, no daylight between the U.S. and South Korea, and no sanctions relief for Pyongyang until the results are locked in. The three Americans must present a unified front, insisting on concrete goals and clearly defined paths to implement them.

The second big foreign-policy challenge is Iran. On May 8 the president announced the U.S. would withdraw from the Obama nuclear deal and reimpose sanctions in 90 days. Mr. Pompeo signaled that Europe was welcome to try getting a better deal from Iran. That’s smart, as long as the Trump administration spells out what kind of agreement it wants. If the “3Ms”—French President Emmanuel Macron, British Prime Minister Theresa May and German Chancellor Angela Merkel —get Iran to agree to anytime-anywhere inspections, an end to enrichment (instead of caps), and a dead stop to its missile programs, the U.S. should happily oblige.

But even if the 3Ms can’t get such a treaty, letting them try might make it easier later to gain international support for reinstituting sanctions. In any event, Mr. Trump’s new foreign-policy team has to pull it off before the 90-day clock runs out in August. That won’t be easy.

Finally there’s Iraq. Its elections Saturday presented the U.S. with the prospect of a new government controlled by Moqtada al-Sadr, the Shiite cleric whose militias attacked American soldiers during the Iraq war. Keeping Baghdad from drifting toward radicalism, or further into Iran’s orbit, will require adroit maneuvering by the U.S. and regional allies.

If Messrs. Pompeo and Bolton can help President Trump to success in these three challenges, the world will owe them thanks. If they fail, instability and violence could follow. In case they had any doubt, these stakes should remind the new Trump foreign-policy team how unforgiving being on the world stage can be.