The Trump Tumult Is Too Much 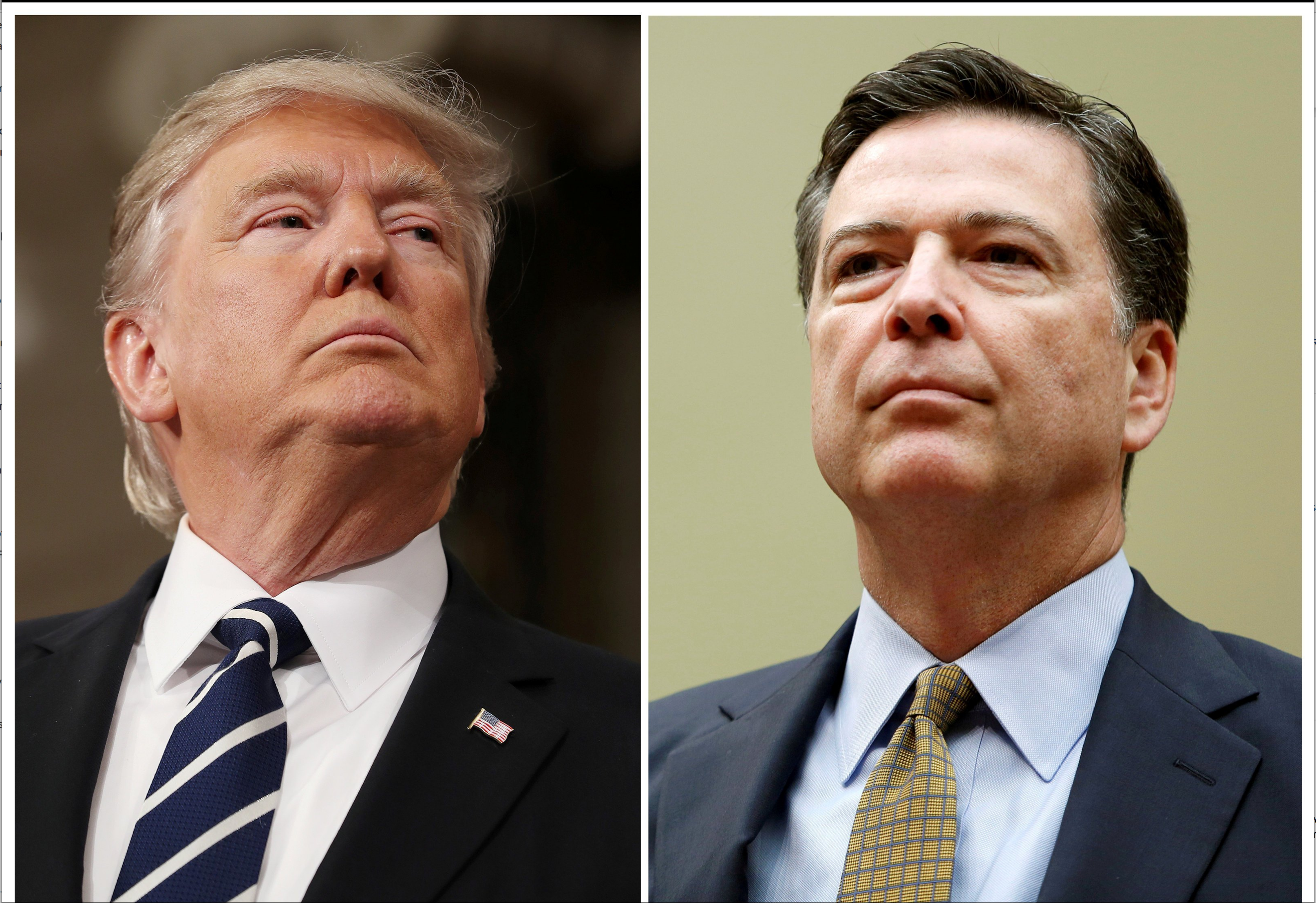 Firing FBI Director James Comey was fully within President Trump’s rights. The question is whether that decision was wise or will end up crippling his presidency.

First, the firing itself. As Deputy Attorney General Rod Rosenstein detailed in a May 9 memo, Mr. Comey overstepped his authority last July when he announced that Hillary Clinton should not be prosecuted over her private email server. That decision belonged to the attorney general. Then Mr. Comey proceeded to trash Mrs. Clinton, which Mr. Rosenstein called “a textbook example of what federal prosecutors and agents are taught not to do.”

That’s not all. Last October, when Mr. Comey announced the FBI had reopened the Clinton investigation, he violated “longstanding policy” to “refrain from publicizing non-public information.” Yet Mr. Comey showed no remorse. The week before his firing he told Congress that even in hindsight he “wouldn’t have done it any differently.”

All that said, the execution of his firing could not have been worse. For one thing, the president looked petty. Instead of bringing Mr. Comey to the Oval Office to dismiss him, Mr. Trump dispatched his longtime bodyguard to FBI headquarters with a terse letter. Apparently, no one at the White House knew Mr. Comey was on a trip to the West Coast.

Keeping White House communications staffers in the dark until shortly before Mr. Comey’s firing made the action look ill-prepared and hasty. After the president was pummeled for hours in the evening’s news coverage, three aides were finally dispatched to face a ravenous pack of journalists.

At least they had a rationale for the firing, drawn from Mr. Rosenstein’s memo. But then Mr. Trump added to his credibility problems by saying he already had decided to fire the FBI director before receiving the memo.

The president’s timing was terrible: He axed the man atop the agency investigating Russian meddling in America’s election a day before Russia’s foreign minister arrived in Washington to meet with the president. Then Mr. Trump reportedly shared highly classified material in that meeting, further discombobulating Americans concerned about Moscow’s hostility to the U.S.

The White House’s problems were soon made worse by another revelation. In January, Mr. Comey reportedly wrote a memo saying that Mr. Trump had urged him to drop the FBI investigation of former White House adviser Mike Flynn. Mr. Trump’s adversaries immediately charged obstruction of justice.

Baloney. Because the president is in charge of the executive branch, he does not obstruct justice by questioning if a subordinate should, or shouldn’t, pursue a given case. But Mr. Trump still has given Democrats a weapon to bludgeon him, which they’ll do with glee.

Now there are reports Mr. Trump is considering removing many top West Wing aides in a “huge reboot.” But a shake-up would pile disaster upon disaster without solving the real problem. The mistakes of recent weeks were Mr. Trump’s responsibility, not his staff’s.

Mr. Comey’s firing was the president’s decision, executed his way. It was Mr. Trump’s words and actions that raised doubts and diminished public confidence. Now isn’t the time to fire advisers and communicators willy-nilly. If Mr. Trump is a true leader, he will instead own up to his mistakes, buck up his staff, summon their abilities, and move forward with new discipline on an agenda worthy of America.

At minimum, the president should name an extraordinarily good pick to replace Mr. Comey as FBI director. And he should either confirm his hints of a taping system in the Oval Office or else admit he was trolling us.

Maybe the 70-year-old president is too old to change, and Americans must simply accept his chaotic, unpredictable, impulsive nature. But if Mr. Trump can’t recognize he’s the cause of the turmoil, he risks creating a hard cap on his approval ratings in the low 40s or high 30s. This will drain his power, make it difficult to achieve his agenda, and turn him into a lame duck well before normal. If Mr. Trump can’t change his ways, he will fail the people who entrusted him with their hopes.

This presidency has reached a critical moment. For months, true-blue Trump supporters grimaced at tweets and winced at needless controversies, but stood firm. Now many are questioning whether their man is up to the job. Mr. Trump will not restore their confidence with the behavior he’s shown so far.

Americans want a president who is steadier, humbler, better disciplined, more honest and fully engaged on creating jobs, paychecks and prosperity—the issues that got Mr. Trump to the White House. The clock is running. Either he changes or he fails.

Article
Give George Soros his due. He knows how to get political results. ...
Read More
Share on:

Article
Democratic midterm prospects are bad not only because of inflation, a slowing economy, rampant crime, the southern border crisis and culture clashes. ...
Read More
Share on:
“
marking a not so happy anniversary https://t.co/6zPJzU92xi
”