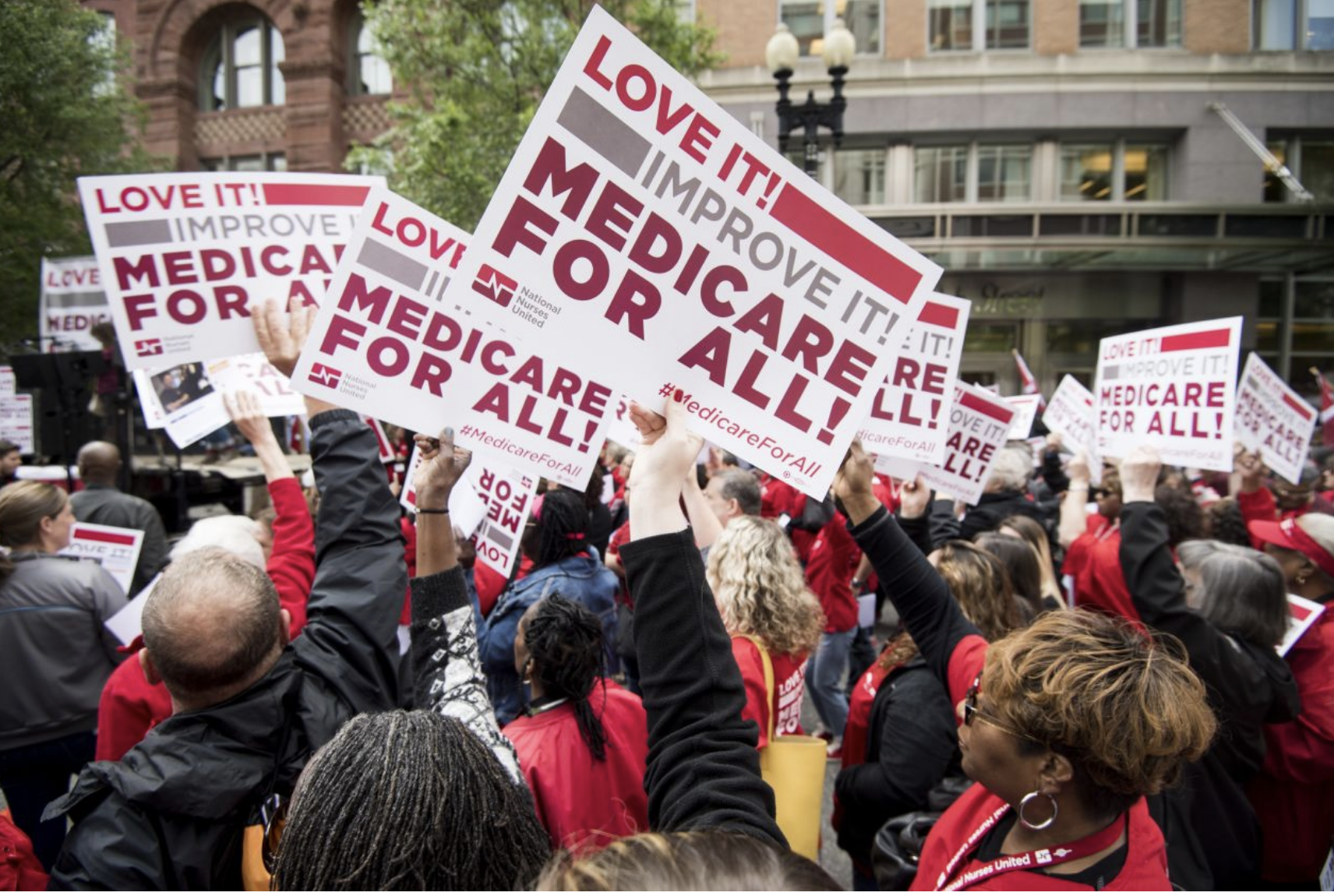 It’s the paradox of success. With 3.6% unemployment and 3.2% growth in gross domestic product, voters are turning to other issues. When the May 1 NBC/Wall Street Journal survey asked what “should be the top priority for the federal government,” 24% chose health care and 18% said immigration and border security. Job creation and growth came in third, at 14%. While this shouldn’t stop Republicans from selling their economic success, it points to a central challenge for 2020.

The GOP must narrow the Democratic health-care advantage. Too many people are too ready to believe that whatever Democrats offer on that front is better for the country. A Feb. 27 NBC/Wall Street Journal poll found 56% think the Democratic Party’s position on health care is “in the broad mainstream” while 41% believe the same of the Republican position.

The GOP’s health-care messaging should be grounded in one fact: Most Americans are satisfied with their coverage and want to keep it. A Nov. 11, 2018, Gallup poll found that 70% of Americans rated their coverage excellent or good. They want to repair, not replace, the health-care system.

One conservative group found in a private poll that, by better than 2 to 1, respondents in 12 battleground states agree that while “our health care system has problems, we should focus on what’s working and fix what’s broken, rather than starting from scratch and making massive changes.” They reject the proposition that “we need to start over with a new government system that will provide universal coverage and make health care a guaranteed right.”

Republicans should target the plan championed by Sen. Bernie Sanders and endorsed by other leading Democratic contenders. Call Medicare for All what it is—socialized medicine—and launch an offensive against it. The Republican strategy should have three components.

First is making a convincing case that Democrats are pushing a bad policy. Polling by center-right groups has identified many effective arguments. The Sanders proposal would be so expensive—an estimated $32 trillion for its first decade alone—that doubling all taxes on every person and every business wouldn’t be enough to pay for it. Plus, it will outlaw all private insurance. If you have problems getting care, you won’t be able to switch plans.

Since Medicare for All also abolishes Medicare, seniors would lose coverage they paid into all their lives, only to be forced into an inferior plan with everyone else. As in Canada, Britain and elsewhere, Americans would wait longer for appointments, face rationing, receive worse and less care, and be denied access to needed medication. There would also be fewer doctors, nurses and hospitals because Mr. Sanders’s plan would cut health-care reimbursements by 40%.

Second, Republicans must show that socialized medicine is out of sync with the nation’s values. Americans want to control their health care, not put government in charge. They want a relationship with their doctors, not Washington bureaucrats. They want choice and options, not one-size-fits-all. And they distrust government to run health care.

Making this case requires more than facts and numbers. Republicans must personalize their arguments with stories of ordinary people, including seniors who want to keep their Medicare Advantage policies, families whose employer-provided coverage meets their needs, and immigrants who know socialized medicine’s rationing and delays all too well.

The third element of the offensive should be to describe how the GOP will build on what works and repair what doesn’t. For example, Republicans support letting families save more, tax-free, in Health Savings Accounts for out-of-pocket medical expenses. They want to allow small businesses to pool risk to get the insurance discounts that large employers receive. They would require transparency in pricing and outcomes so people know roughly what a hospital visit will cost and how good that facility is at that procedure. This should be only the start of a list of incremental but important improvements.

Some Democratic presidential candidates support a government-run public insurance option or permitting younger people to buy into Medicare—variations of Medicare for All with similar failings. But focusing first on the biggest, baddest proposal being pushed aggressively by the left will cause some Democrats to recoil from it, deepening their party’s internal rift.

The GOP’s message for 2020 should emphasize the party’s strengths: taxes, jobs, regulatory relief, defense, energy and judges. But winning will also require Republicans to improve on health care. Unless Republicans make their case confidently and forcefully, the health-care issue could cost them victory in 2020.