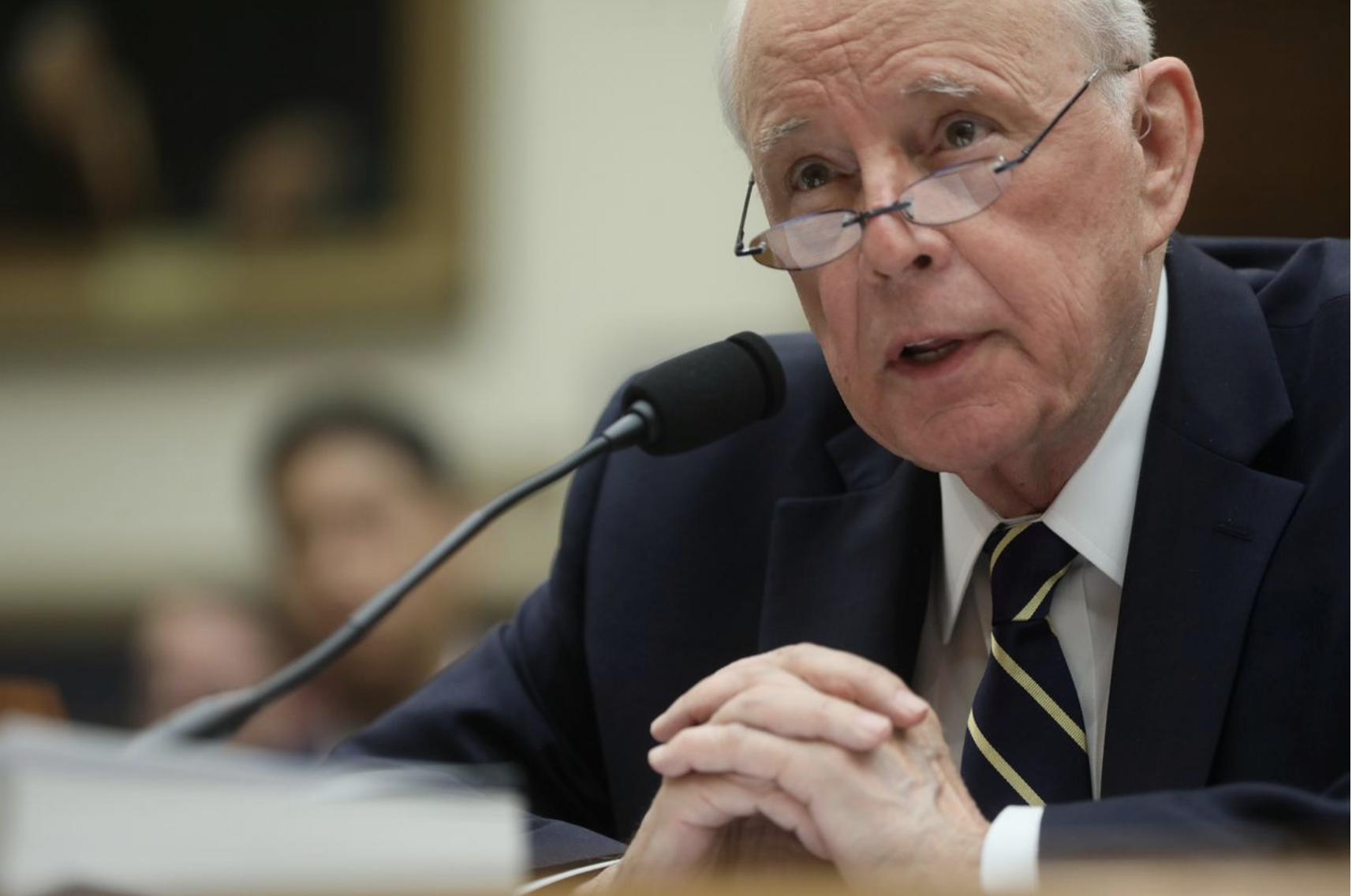 For his role as what prosecutors called the “master manipulator” in the coverup of the Nixon campaign and administration’s ties to the Watergate break-in, Mr. Dean was convicted of obstructing justice, served four months in prison, and lost his law license.

In the 45 years since, Mr. Dean, now 80, has tried to transform himself into an intrepid truth teller, a righteous man cleaning out the Augean stables of Washington.

Judiciary Chairman Jerry Nadler introduced the felon by declaring that the committee would “rely on the expertise of these witnesses to help draw our own conclusions about the findings of the special counsel.”

Mr. Dean began by offering “a bit of historical context to the Mueller Report” and expressing surprise about “the remarkable parallels . . . that echo Watergate.”

Mr. Dean equated the “underlying crimes” that Robert Mueller investigated—“a Russian ‘active measures’ social media campaign and hacking/dumping operations” and “a ‘sweeping and systematic’ effort to influence our 2016 presidential election”—with the “bungled break-in, illicit photographing of private documents and an attempt to bug the telephones and offices of the chairman of the Democratic National Committee” during the 1972 presidential campaign.

“It’s quite striking and startling that history is repeating itself and with a vengeance,” Mr. Dean said. It could have been the start to a damaging assault on Mr. Trump, but his argument quickly fell apart.

Watergate had actual underlying crimes that involved Nixon, his campaign and members of his administration. It started with two nakedly illegal break-ins at the DNC headquarters by burglars dispatched by the Nixon re-election campaign. Their goal was to plant wiretaps and copy sensitive documents in the DNC chairman’s office. This was followed by a coverup orchestrated by the Nixon administration, including the president himself, which included hush-money payments to the burglars and efforts to obstruct the FBI’s investigation.

In the 2016 presidential election, by contrast, neither Mr. Trump, his campaign nor his aides conspired with the Russians to meddle with the election. Twenty-five Russians were indicted on meddling-related charges, but the Mueller report explicitly said, “The investigation did not establish that members of the Trump Campaign conspired or coordinated with the Russian government in its election interference activities.”

This blows apart Mr. Dean’s “remarkable” parallels to Watergate. He is left arguing that America should be plunged into a gigantic political crisis because Mr. Trump, feeling with justification that he was innocent of the charge that his campaign conspired with the Russians, made unwise demands that his advisers did not carry out.

Then again, Mr. Dean has a habit of calling for the removal of Republican presidents from office. In 1987, he labeled the Iran-Contra affair that occurred on President Reagan’s watch a “major league” scandal, while dismissing Watergate as “minor league” by comparison. In a book published during the 2004 campaign, he advocated for impeaching President George W. Bush and Vice President Dick Cheney, arguing “their secrecy is far worse than during Watergate.” While promoting the book, he also dismissed “this so-called war on terror.”

Now it’s Mr. Trump’s turn. For Republican presidents, the odds of being accused by John Dean of committing crimes worse than Watergate are only slightly lower than the odds of the sun rising in the east.

Monday’s spectacle taught us nothing new. Mr. Dean has no relevant information to offer. The hearing did, however, give the disbarred attorney a chance to promote his moneymaking venture, a course for lawyers called “The Watergate CLE.” In a not-so-subtle pitch for business, Mr. Dean told the committee and his TV audience that he and a partner have “presented over 150 programs . . . reaching somewhere between 45,000 to 50,000 attorneys.” Let’s hope any bar association that tried livening up its required continuing legal education programs by hiring Mr. Dean got more out of the hours they spent with him than Americans did Monday.

There was something pathetic about Democrats calling Mr. Dean as their star witness. The Washington Post reported: “Privately, several Democrats said they agreed with the GOP’s harsh assessment, wondering why Dean was called in the first place.”

Article
Bernie Sanders badly needed to win the Michigan primary. It was 2016, and he’d lost eight of 12 Super Tuesday contests to Hillary Clinton and split delegates almost equally in the four contests the following weekend. ...
Read More
Share on:
“
https://t.co/UVcnIyJadI
”