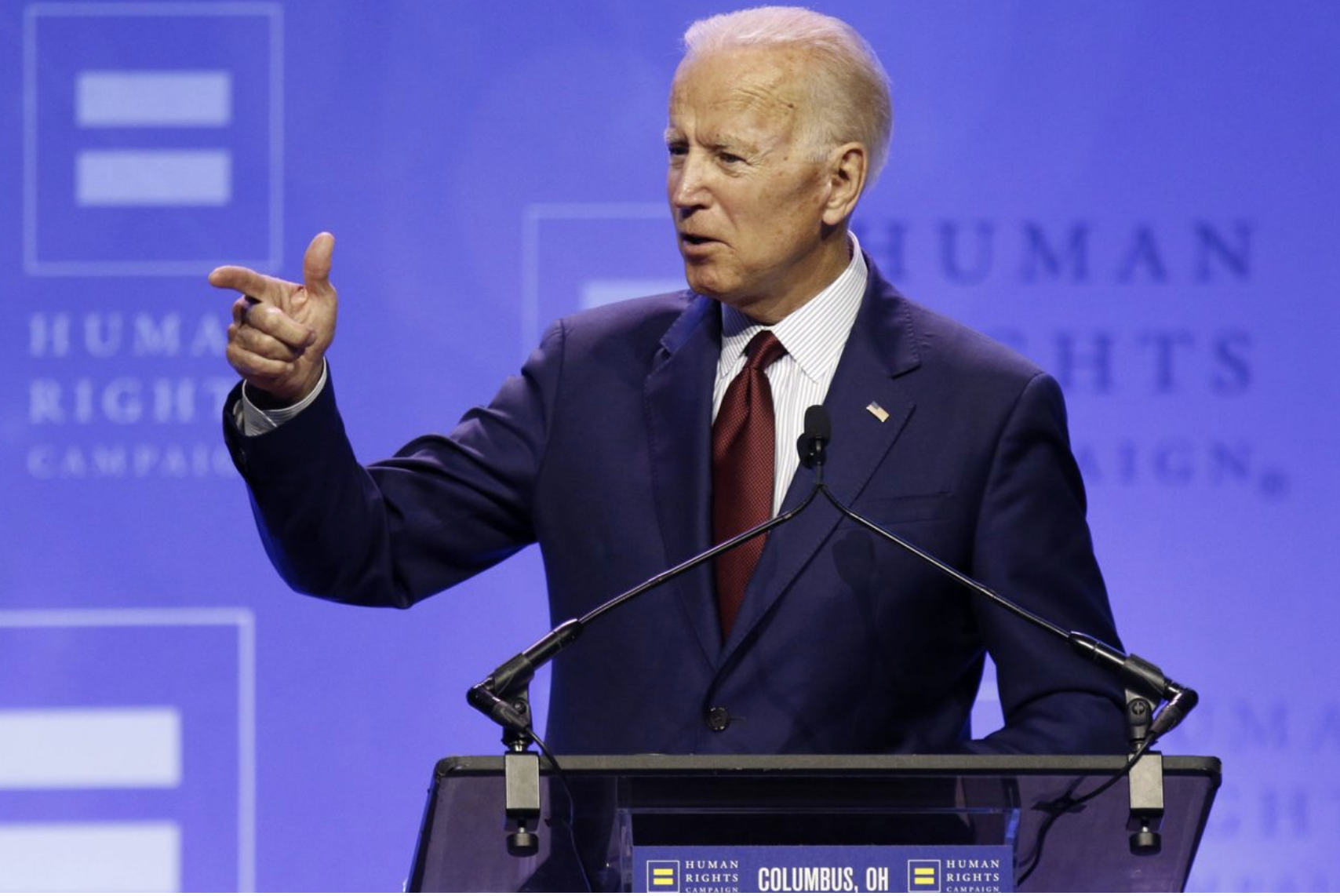 The political phony war has ended and the real shooting has begun. Democratic presidential candidates are fighting on two fronts.

On the more important front, former Vice President Joe Biden is taking heavy fire. He sits atop the Democratic field with 34.9% in the RealClearPolitics average of national polls. Aiming to pull him down, second-tier candidates launched attacks—most of them ideological—during the California Democratic Party convention last weekend.

Sen. Bernie Sanders, polling second with 16.9% in the RCP average, implicitly assailed Mr. Biden by criticizing “middle ground” policies. He said Democrats “will not defeat Donald Trump unless we bring excitement and energy,” which is only possible with “a new and progressive agenda.”

Sen. Elizabeth Warren, in third place with 8.4%, joined the offensive, attacking Mr. Biden’s bipartisan instincts. “The time for small ideas is over,” she said, rejecting his incrementalist policy approach.

Pete Buttigieg, the 37-year old mayor of South Bend, Ind., who polls at 6%, sought to make a generational contrast with the 76-year-old Mr. Biden by warning that Democrats could not “promise to take us back to the 2000s or 1990s.”

These critics revved up supporters in the hall but didn’t dent Mr. Biden. A traditional liberal was elected state Democratic chairman, handily beating a Sandernista, and former Sen. Barbara Boxer, a stalwart of the California left, all but endorsed Mr. Biden.

Candidates such as Mr. Buttigieg, Sen. Kamala Harris (7.3%) and perhaps former Rep. Robert Francis O’Rourke (3.9%) and Sen. Cory Booker (2.7%) are the most likely to improve their standing by attacking Mr. Biden. They’re less well known and have more to gain by going after him to become more familiar to voters.

It was only a matter of time before Democratic presidential candidates opened fire on Mr. Biden. He had a gaffe-free launch and has stayed atop the polls since entering the race April 25. This weekend’s attacks are a taste of what’s to come; look for rivals to brutalize Mr. Biden in the run-up to the late-June and late-July debates, during the debates, and in their aftermath.

Team Biden clearly understands this is coming. At the Milken Institute Global Conference at the end of April, Center for American Progress President Neera Tanden declared that any Democratic presidential candidate who attacks another would pay a big price with ordinary Democrats. To which the proper response is: Baloney. Establishment Democrats may hope, but no candidate is untouchable.

How Mr. Biden parries these assaults will be his next big test. If he goes into August bloodied but unbowed and returns the campaign’s focus to his strengths—he is a steady, likable choice who matches up best against the president—Mr. Biden will have bought time to deepen his organization before the opening contests in Iowa, New Hampshire, Nevada and South Carolina.

Last weekend, some of the 16 Democratic presidential candidates polling at 1% or less—let’s call them the Asterisks—tried grabbing national attention by opening up a second front with sharp attacks against Mr. Biden and some other, unexpected targets.

Two candidates attempted to move up in the polls by bashing their party’s nutty fringe at the California convention. Coloradan John Hickenlooper declared that “socialism is not the answer” and warned that Democrats would “hand this election to Donald Trump” if they offered a socialist agenda that removed “private insurance from 150 million Americans” and tackled climate change “by guaranteeing every American a government job.” Some delegates responded by loudly jeering the centrist former governor.

Former Maryland Rep. John Delaney also provoked sustained booing by declaring that “Medicare for All may sound good, but it’s actually not good policy, nor is it good politics.” Acting as the new Democratic orthodoxy’s gatekeeper, Rep. Alexandria Ocasio-Cortez responded by tweeting that Mr. Delaney should now “sashay away.”

Still, no Asterisk is likely to break out of anonymity. Their comments, if heard and recalled at all, will only add to broader campaign narratives. Messrs. Hickenlooper and Delaney reinforce the case for prudence if Democrats want to defeat Mr. Trump. Asterisks like Messrs. Swalwell and Moulton encourage true believers to insist upon a Democratic standard-bearer with left-wing views. How this struggle resolves itself will determine the Democrats’ 2020 message and messenger, and perhaps the election’s outcome.