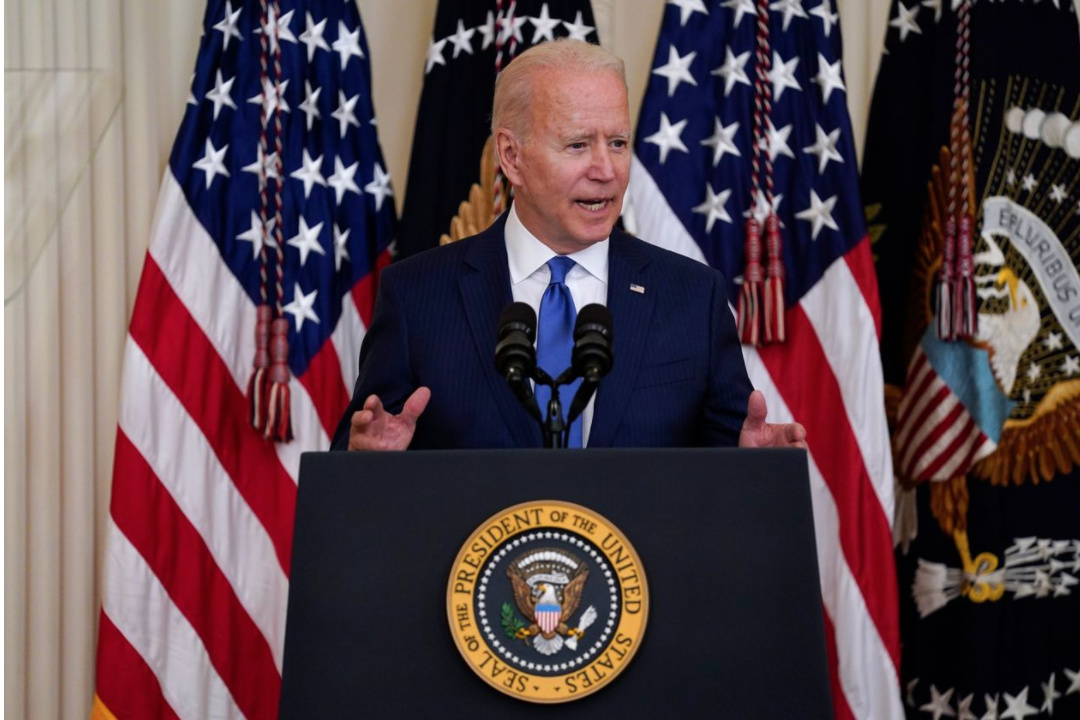 How distant now feels the glowing praise President Biden drew when he marked his 100th day in office.

In celebration of that milestone in late April, the mainstream media went out of its way to praise Mr. Biden. The president “knows how to . . . underpromise, then overdeliver,” wrote a New York Times editorial board member. He’s “enacting an ambitious domestic agenda,” wrote a liberal columnist, “while arousing hardly any controversy.” A Los Angeles Times journalist declared that Mr. Biden’s “image of competence is a key attribute,” while John Podesta of the liberal Center for American Progress gushed “this is what an effective government looks like.”

The most damaging was the backlash to the president’s infrastructure switcheroo. Last Thursday, Mr. Biden announced that he and senators of both parties had “forged an agreement that will create millions of American jobs and modernize our American infrastructure.” Then, almost immediately, the president said he wouldn’t sign that $1.2 trillion bipartisan measure unless Congress also passed the $2.5 trillion in spending required to cover the sticker price of his American Families Plan—which the White House and senators from both parties had just agreed to set aside. “If this is the only thing that comes to me,” Mr. Biden declared, referring to the bipartisan infrastructure agreement, “I’m not signing it.”

A firestorm ensued. GOP legislators felt blindsided. Their aggravation worsened Friday when White House press secretary Jen Psaki —while not repeating the president’s veto threat—rejected the concerns of bipartisan Senate negotiators. Americans are “quite focused on how we’re getting work done on their behalf,” she asserted, “less focused on the mechanics of the process.”

By Saturday, Mr. Biden realized his words were derailing the deal and began claiming he was misunderstood. In a weekend statement, he admitted he’d “created the impression that I was issuing a veto threat to the very plan I had just agreed to,” but stated this was “certainly not my intent.” That raises some questions: What other purpose could his words have had? Who thought the veto threat was a good idea?

Other Democrats stand by his original threat. Speaker Nancy Pelosi says the House will consider the bipartisan infrastructure bill only after the Senate passes the rest of Mr. Biden’s American Families Plan—along with whatever additional trillions Senate Budget Chairman Bernie Sanders and progressive Democrats can muscle through reconciliation.

In another misstep, Vice President Kamala Harris visited El Paso, Texas, last Friday, more than three months after Mr. Biden appointed her to lead efforts to stem border crossings. She spent only four hours on the ground being briefed on the processing of illegal immigrants, looking at technology at the port of entry, and meeting with groups involved with migrant issues. Ms. Harris deliberately avoided the border wall, didn’t visit any Health and Human Services detention facilities for unaccompanied children, and failed even to mention “border security” in her prepared remarks.

In the vice president’s short speech, the closest she came was to say the administration “is absolutely committed to ensuring that our immigration system is orderly and humane.” She focused instead on “addressing the root causes,” meaning conditions in Central America. It’s the height of hubris to claim whole regions can be reimagined in a few years without admitting that a secure border must be a primary goal.

The whole thing reeked of naiveté—refusing to address security and choosing to visit El Paso, more than 600 miles by air northwest of the lower Rio Grande, where illegal border crossings have surged. That flood won’t abate, as traffickers keep exploiting Mr. Biden’s feckless policies. Ms. Harris should have visited the Rio Grande Valley shortly after her appointment and mentioned security concerns. That she didn’t is political malpractice.

Then there was the nonsensical claim of senior presidential adviser Cedric Richmond on “Fox News Sunday” that since congressional Republicans are against providing more Covid relief, including dollars for state and local government, the GOP—not Democrats—support “defunding the police.” The flaw in Mr. Richmond’s attack is that over 98% of local police and corrections outlays are funded by cities, counties and states, not Washington. Democratic mayors and city councils are defunding law enforcement; not a single major city with a GOP mayor and council has cut its police budget. If the White House keeps pushing that line, they’ll only draw attention to these facts.

The Biden administration’s ragged week raises a worrisome question for Democrats: As challenges multiply (as they most likely will), will we see more missteps, unforced errors and lack of discipline? If so, winning control of Congress may be even easier for Republicans than it appears today.