The Democrats Go To Extremes 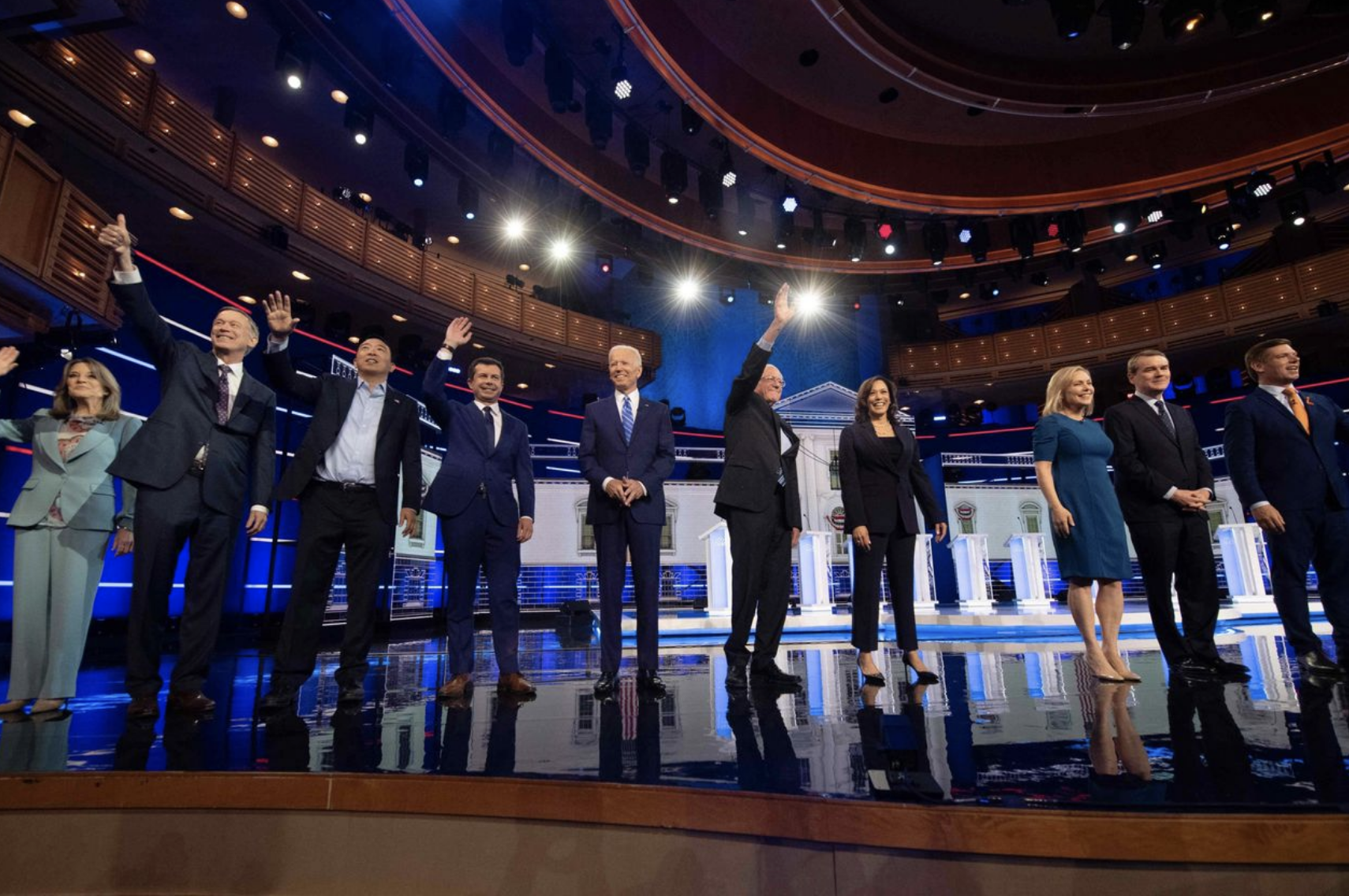 Helped by the secretive Italian firm Simul Viator Muneris to gain access to the Quantum Realm, I recently traveled to Nov. 2, 2020, to the Democratic presidential nominee’s final election rally. Here is a partial transcript of that speech:

“Trump is a phony, a pathological liar and a racist. He’s the divider in chief, the bully I’ve known my whole life. To him, white supremacists are ordinary, decent people. It is now time to restore the nation’s soul. This president has ripped it out.

“Our economy is rigged for corporations and the very wealthiest. It does great for a thinner and thinner slice at the top, for giant drug companies and oil companies, but isn’t great for everyone else. That is corruption, pure and simple. Nothing will change unless we take on Wall Street, the big pharmaceutical firms, the military-industrial complex, the fossil-fuel industry and big-money interests and make structural changes to our government, economy and country.

“Health care is a basic human right—and it’s worth fighting for. The best way to provide it is Medicare for All. If that means abolishing private health insurance in favor of a government-run plan, so be it. There are too many people profiteering off America’s pain, from drug companies to insurers to hospitals. Moreover, we do ourselves no favor by having 11 million undocumented people in America without health-care coverage.

“I’ve been asked, would I put any limits on abortion? I would make certain that every woman has access to the full range of reproductive services. That includes birth control, abortion—everything a woman might need. Judges must be 100% clear that they will defend Roe v. Wade or I won’t appoint them. That’s my litmus test. To defend Roe, we may have to add Supreme Court justices—expand the court’s numbers by five to 10 or have a rotating pool of justices. I’m taking nothing off the table.

“It’s also time to repeal the Hyde Amendment, which forbids using taxpayer dollars for abortions. I can’t justify leaving millions of women who are dependent on government support without a way to lawfully access abortions. And let’s not forget that if a trans woman is poor, that doesn’t mean she shouldn’t have the right to an abortion.

“We can no longer ignore the existential threat of climate change. We have to confront it before it’s too late. Scientists tell us we have only 12 years before there’s irreparable damage to our planet. That is why I support a Green New Deal to transform how we treat the environment, taking the world away from fossil fuels and toward energy efficiency and sustainable energy.

“We need to commit to free college for all our children. College shouldn’t just be a privilege for those who can afford it. We must make public colleges and universities tuition-free and eliminate all $1.6 trillion in outstanding student debt. We owe it to our young people.

“We can afford these changes. I would start erasing America’s enormous income inequality by eliminating Trump’s tax cuts for the wealthy. We can pay for free health care and college by putting a speculation tax on every stock trade on Wall Street. I’m tired of freeloading billionaires. There should be a 2% annual tax on household wealth in excess of $50 million and a 3% tax on every dollar above $1 billion.”

Quite the speech. But as you may have surmised, it didn’t require time travel. These words have already been spoken by Democratic candidates—some phrases tightened a little, but still faithful to their original tone. The lines come from the June debates or other recent appearances. They aren’t from nameless candidates, desperate for attention. They’re from Joe Biden, Bernie Sanders, Elizabeth Warren, Kamala Harris, Pete Buttigieg, Cory Booker, Robert Francis O’Rourke and Julián Castro.

The danger of a “woke” Democratic presidential primary is that each candidate’s extremism causes other hopefuls not only to follow suit, but also to become even more radical. One example: When former Rep. O’Rourke and Sens. Booker, Harris and Warren endorsed reparations for slavery, Sen. Harris felt compelled to one-up them by promising an additional $100 billion to help poor blacks buy homes, ignoring poor whites, Latinos, Asian-Americans and Native Americans.

The Democratic field—including Mr. Biden—sounds ever more out of touch with the larger electorate, especially swing voters, and even with traditional Democrats. The Trump campaign will make certain that voters remember these verbal excesses. Their cumulative effect could well cost Democrats victory in 2020.