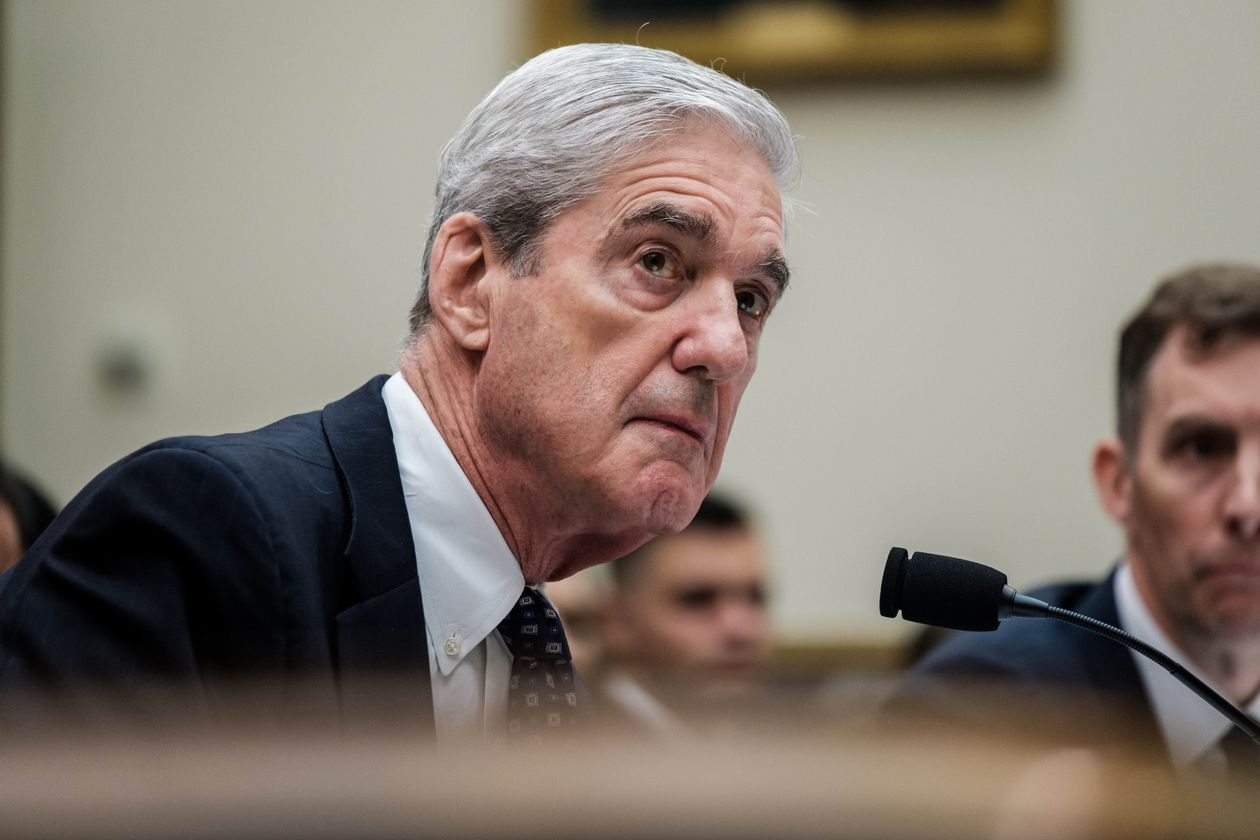 In a highly anticipated appearance Wednesday, former special counsel Robert Mueller endured interrogations by the House Judiciary and Intelligence committees. Designed by their Democratic chairmen to strengthen the case for impeaching President Trump, the effort failed.

Democrats mostly focused on their belief that Mr. Trump obstructed justice. Republicans pounded away at the absence of an underlying offense, specifically a criminal conspiracy between the Trump campaign and the Russians, and at their belief that the president was unfairly targeted. Meanwhile, Mr. Mueller—an honorable man who often appeared confused and not very forceful—continually deflected questions by referring members to his report.

Even though the day’s events provided little new information, pro-impeachment Democrats are operating on the theory that the more Americans who watched the hearings, the greater the demand for impeachment. As Rep. Ro Khanna told the Axios news website before the hearing, “The success will be in the TV ratings.”

Perhaps. In this case, a large audience for Wednesday’s hearings may weaken, not strengthen, the case for impeachment.

It’s useful to take a step back and consider what Americans actually think about Mr. Mueller’s report. While most haven’t read all 448 pages, they remember the substance of two sentences. The first concerns the accusation of collusion—a conspiracy between the Trump campaign and the Russians. The Mueller report states that “the investigation did not establish that members of the Trump Campaign conspired or coordinated with the Russian government in its election interference activities.”

The second sentence deals with obstruction of justice. While saying it “does not exonerate” Mr. Trump, the Mueller report also states it “does not conclude that the President committed a crime.” Texas Rep. John Ratcliffe raised a critical question Wednesday: In a legal system based on the presumption of innocence, when did it become a prosecutor’s job to “exonerate” someone after failing to conclude they committed a crime?

A majority of Americans decided long before Wednesday that while they might have disliked the president’s reaction to being investigated, nothing happened that would cause them to support plunging the country into the trauma of an impeachment proceeding. Some consider Mr. Trump’s intent to be important and believe that since he knew there was no underlying conspiracy between his campaign and the Russians, he was simply striking out in frustration, not corruptly trying to interfere with the investigation.

The probe’s end, the report’s release, and the ensuing three months of national dialogue about the issue have convinced the majority that it’s time to turn to more pressing matters.

Consider the results of the Washington Post/ABC poll. Since last summer, it has asked a simple question: “Do you think Congress should or should not begin impeachment proceedings that could lead to Trump being removed from office?”

Nearly a year ago, the country was evenly split. The August 2018 survey found 46% of voters said Congress should begin impeachment proceedings while 49% said it shouldn’t. By January however, support had dropped to 38% while opposition had risen to 57%.

The Mueller investigation wrapped up March 22, and the report was released April 18. A week later, the poll found support for impeachment proceedings had fallen further among registered voters, to 33%, while opposition had bumped up to 60%. When the next survey came out July 1, support for impeachment proceedings was stuck at 33% while opposition hit 63%.

This trend is also reflected in the Washington Post/ABC polling on the president’s approval rating among voters, which was 38% approve to 60% disapprove in August 2018, and 43% to 53% in October 2018. After the investigation and the Mueller report, Mr. Trump’s split was 42% to 54% in April before improving to 47% to 50% this month.

It would not be surprising if the next survey revealed little public appetite for impeachment and similar numbers on approval of the president’s job performance.

Most important, it diverts energy from efforts by both parties and the administration to stop Russia or any other foreign actor from influencing the coming presidential election. Wasn’t that what motivated the Mueller investigation in the first place?