Can Trump and Europe Cut a Deal? 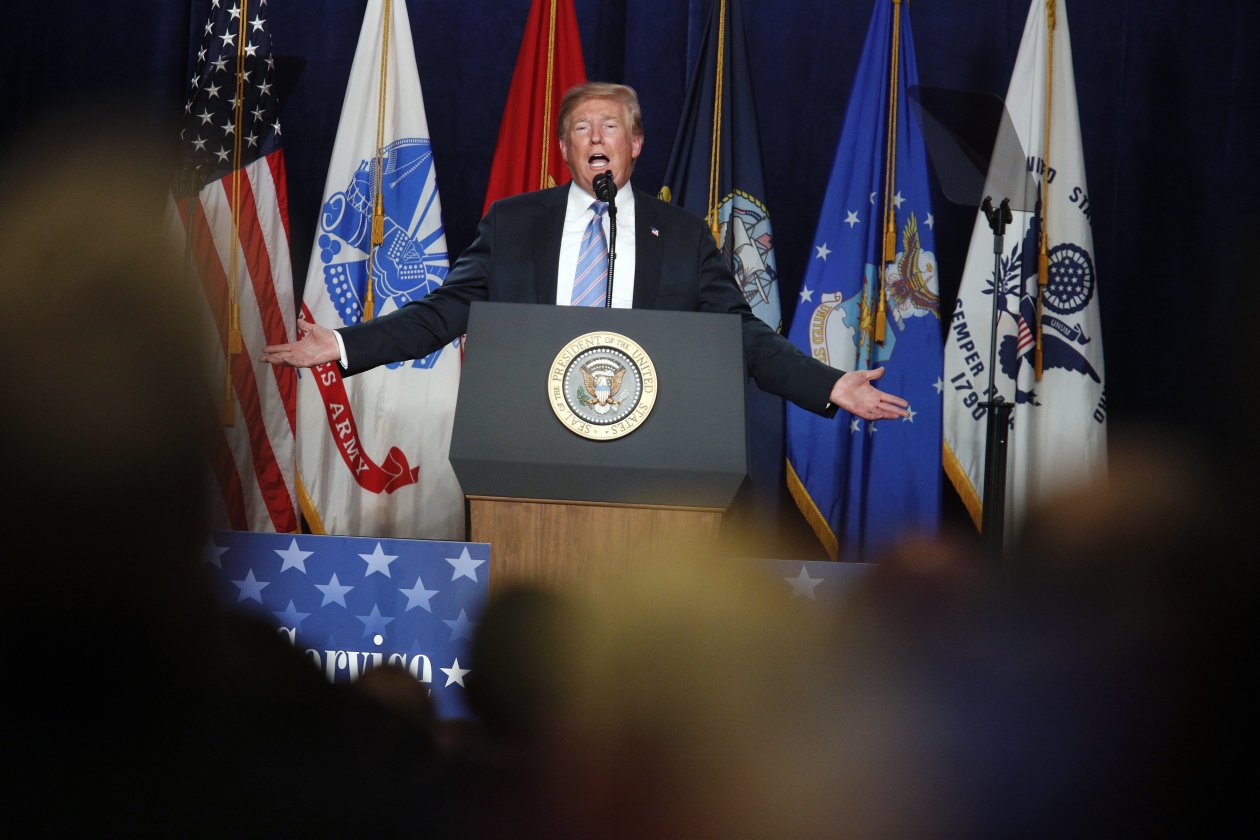 Each July 4 when I was growing up, my family would read the Declaration of Independence—or at least its stirring opening verses—from a framed copy that I still have. In recent years I’ve joined friends at their Austin, Texas, hilltop home to eat fried chicken and watch fireworks light up the night sky.

This year I was traveling in Europe, far away from the familiar Independence Day rituals of home. I had to make do with reading Jefferson’s rousing words on a laptop in Nice, France. If there were fireworks on the Riviera, they were celebrating a wedding, not American independence (or even France’s critical role in the Revolutionary War).

Still, the holiday led to conversations with European friends about my home country’s condition. One perceptive Italian remarked that the world needs an America that’s economically and militarily strong. He should be reassured by the booming U.S. economy and Washington’s recent increases in defense spending. Neither, however, erases concerns about America’s commitment to the Western alliance.

Those concerns loom large given Donald Trump’s trade agenda and foreign policy. If Mr. Trump further disparages the North Atlantic Treaty Organization at the alliance’s meeting next week in Brussels and then indulges Russia’s President Vladimir Putin shortly afterward at their Helsinki summit, the Europeans’ worst fears may be confirmed.

On the other hand, perhaps what Mr. Trump’s allies and advisers say is true: that the president strongly supports free trade as long as the playing field is level, and that his NATO rhetoric is meant to prod allies into raising their defense spending to 2% of gross domestic product, to which each NATO country has committed. After all, even if the president’s rhetoric hasn’t always been tough on Russia, the administration’s actions have been.

If Mr. Trump’s NATO threats and his new tariffs on EU imports are negotiating ploys, maybe the Europeans should respond in good faith. They could offer a deal: The EU would reduce tariffs on American cars to match what the U.S. charges on European autos. In return, Mr. Trump would drop his steel and aluminum tariffs. European leaders also could present credible plans to meet their longstanding pledge on defense outlays.

Commitments to equalize tariffs and meet agreed-upon targets for military spending would be fair concessions on Europe’s part. Mr. Trump would then either settle down or pile on new demands, thereby revealing himself as a protectionist and an isolationist. Whichever happened, at least we would know the president’s real views.

U.S. allies can take some comfort that Americans still support democracy and believe in global engagement: 84% believe that “when other countries become democratic, it contributes to our own well being,” according to a May 8 poll sponsored by Freedom House, the George W. Bush Institute and the Penn Biden Center for Diplomacy and Global Engagement. Sixty-seven percent said that democracy abroad “often helps make the U.S. a little safer,” while just 22% said “there is no impact on U.S. security when other countries move away from dictatorship.” According to a May poll from Pew, support for free-trade agreements is at 56%, the highest in three years.

Still, some of America’s supporters in Europe have deeper concerns. My Italian friend was most worried about whether my countrymen still believe in “the American dream”—that if you work hard, you can achieve happiness and prosperity. If Americans no longer believe that, he said, then there is little hope for the rest of the West, because the values of work, responsibility and optimism are already eroding in Europe.

My answer: Although the Great Recession shook the U.S., the sense of hopefulness and enterprise at the core of the American dream is still widespread. I didn’t have these numbers at hand when we talked, but a Gallup survey from January found 63% of Americans were satisfied with “the opportunity for a person in this nation to get ahead by working hard.” That’s below the 76% who felt this way during the patriotic revival after 9/11, but still well above the 53% who did in 2012.

America’s friends abroad see Washington as a mess and our politics strained by hyperpartisanship. They’re right. But some perspective is in order: In the 242 years since that first Independence Day, it’s been this way, or far worse, at many other moments. Each time, the good sense of the American people ultimately asserted itself, and we rose to meet our challenges. I’m betting we will again.