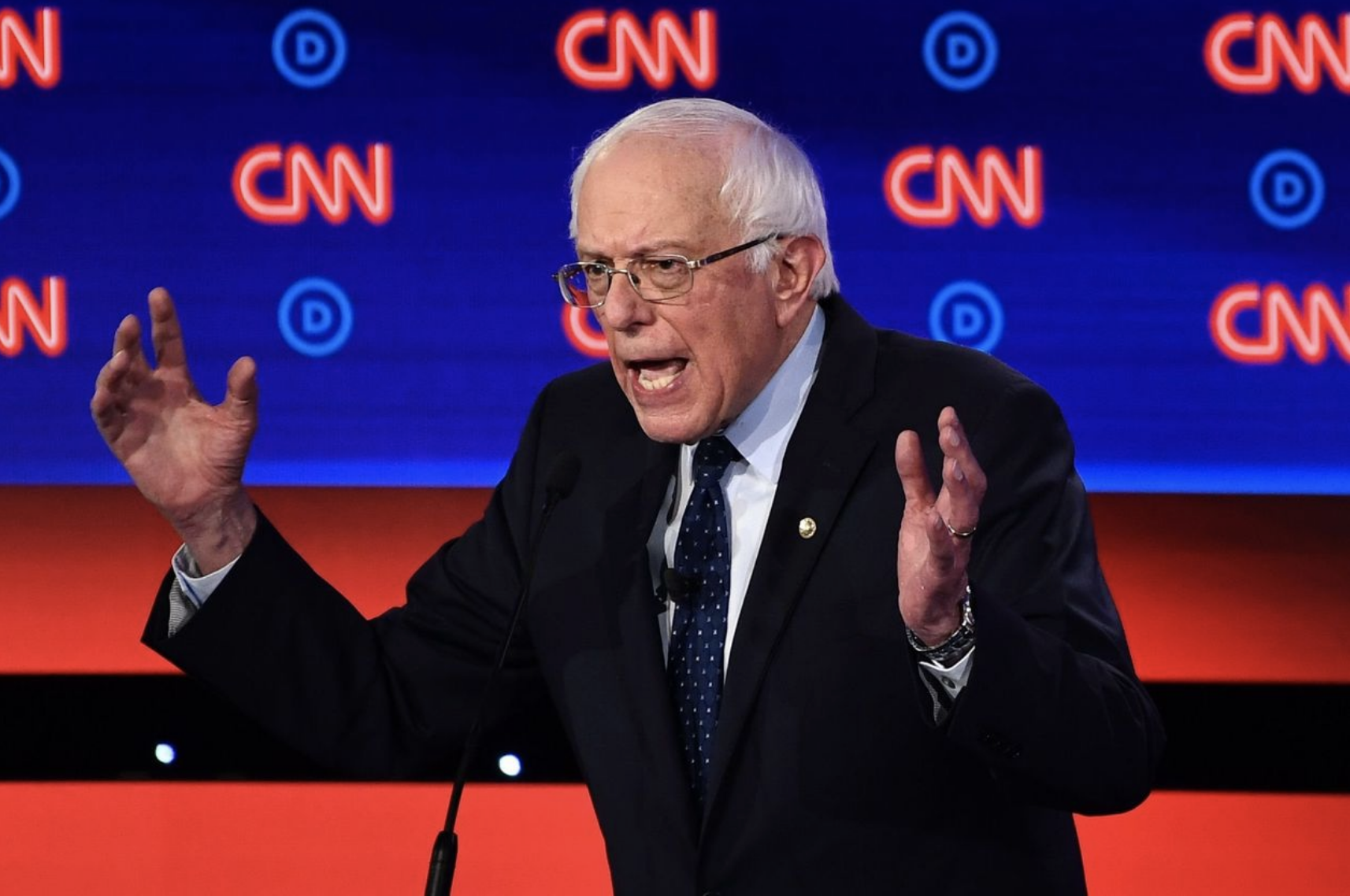 ‘I get a little tired of Democrats afraid of big ideas,” Sen. Bernie Sanders said in Tuesday’s debate. But Democrats will lose in 2020 if enough Americans believe those “big ideas” threaten their families, communities, values and pocketbooks. Talk of “political revolution” may rev up democratic socialists like Bernie, but for many ordinary Americans, it’s too much and too radical.

The most obvious example is Mr. Sanders’s Medicare for All. Co-sponsored by four other presidential hopefuls—Sens. Cory Booker, Kirsten Gillibrand, Kamala Harris and Elizabeth Warren—it would make it “unlawful” for companies to provide employees health insurance or for private insurers to sell coverage that “duplicates” benefits of a new government health program.

It’s laughable to think that the nearly 170 million Americans who have private coverage would be excited about losing their plans and their doctors. Nor are they eager to lose control over their health decisions. Add the long wait lists for appointments and procedures common to single-payer health-care systems and the huge middle-class tax increase needed to pay for Medicare for All’s $32 trillion price tag, and it’s easy to see why swing voters will be horrified if Mr. Sanders’s plan is part of the 2020 Democratic platform.

At least one candidate who initially supported abolishing employer-provided health insurance now realizes that was a mistake. Ms. Harris released her own plan Monday, rejecting Mr. Sanders’s approach and saying she favors a role for private insurance.

But she’s being duplicitous. While Mr. Sanders phases out private insurance in four years, Ms. Harris has a 10-year transition during which her new government program would “automatically enroll newborns and the uninsured.” With the deadline looming, many companies would end coverage earlier, leaving employees to be automatically enrolled into the new single-payer program. That’s what counts for moderation these days—a BernieCare that kills employer-provided health insurance a little more slowly.

As Ms. Harris’s new government-run program would cover “all medically necessary services,” the role of private insurance would be to augment those services. The only two supplemental coverage examples Ms. Harris mentions are cosmetic surgery and health expenses incurred during foreign travel—not exactly a broad private market.

Mr. Sanders and Ms. Harris have forgotten an important lesson of the Affordable Care Act. After its passage in March 2010, it became widely unpopular as Americans worried they couldn’t keep their plans, their doctors or control of their health-care decisions. By Election Day 2010, the RealClearPolitics average of polls found 40% of Americans rated ObamaCare favorably while 51% rated it unfavorably. Yet today 47% are for it, with only 41% against. Why the shift? Probably because while many people lost their plans, the vast majority of Americans with private insurance were able to keep it: Only 8.5 million people get theirs through the ACA exchanges. The attitude of the public seems to be: Since it didn’t affect me, I’m OK with ObamaCare if it helps others.

Medicare for All is dramatically different. It would change everybody’s circumstances. And that’s not the only revolutionary change Democratic presidential candidates are pushing.

The Green New Deal is co-sponsored by six presidential candidates—Sens. Booker, Gillibrand, Harris, Sanders, Warren and Amy Klobuchar—and endorsed by at least three other contenders. It would touch everything, stopping the use of oil and gas in 10 years, retrofitting every house and other building in the country, ending traditional agriculture, crimping commercial air travel, guaranteeing every American a job and more.

Then there’s reparations for slavery. At least nine candidates—including the Green New Deal’s six senatorial co-sponsors—support some form of reparations or a commission to study the issue. The idea of paying descendants of slaves who were freed more than a century and a half ago—and figuring out who gets what—will be a tough sell for Democrats in the general election.

Americans like bold, aspirational ideas, such as sending a man to the moon. It’s less clear that they like revolutions and forced upheavals in their own lives, not to mention loss of control over important decisions and massive raids on their pocketbooks.

Democratic presidential candidates are outbidding one another with structural transformations of America. The cumulative effect may be to saddle the Democratic Party with an ambitious leftist agenda that repels swing voters in 2020, sending the Democrats’ left wing into—one can hope—political exile.