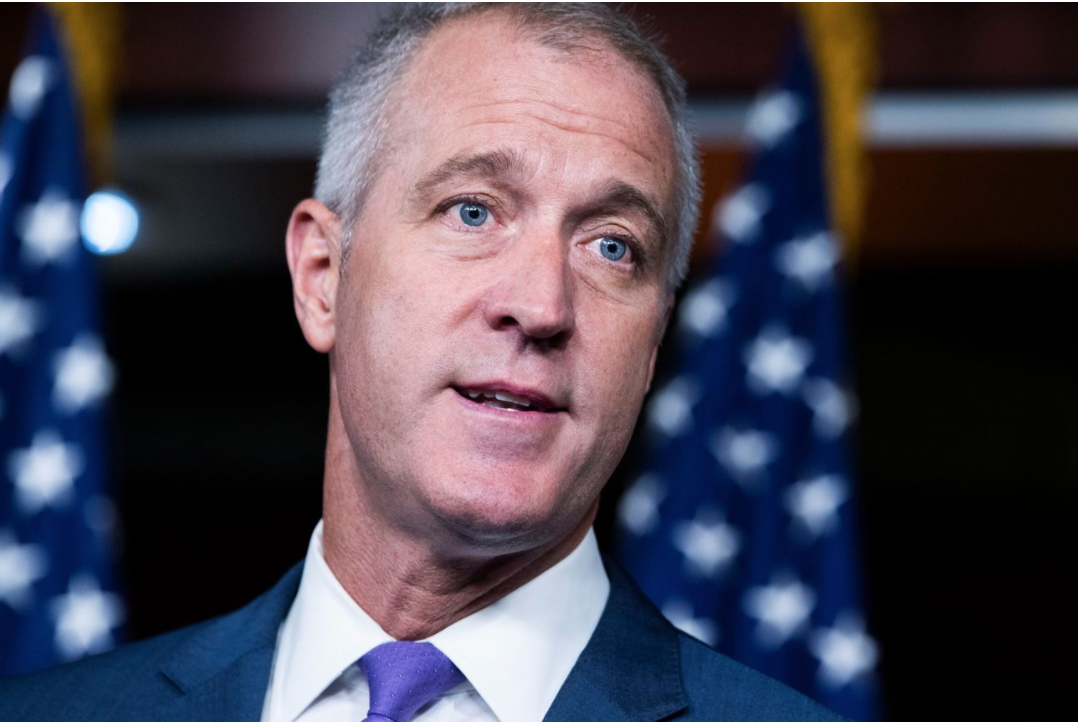 Democratic Congressional Campaign Committee Chairman Sean Patrick Maloney was extraordinarily self-assured in an Aug. 2 NPR podcast. When asked whether Democrats will “lose their majority” next year, the New York congressman responded emphatically, “No, of course not.”

Democrats will retain control of the House, he reasons, because “we’re going to rebuild our country” with President Biden’s $3.5 trillion American Jobs Plan. This spending package includes climate initiatives like bigger subsidies for electric-car buyers and huge investments in so-called human infrastructure such as child care, universal pre-K, and community college—all free.

“We’re making a bet on substance,” Mr. Maloney said. Democrats are “going to build the future.”

He dismissed concerns about GOP influence over redistricting, saying if Republicans try “rigging this game,” then “well, I think that makes me proud to be a Democrat.” He was all confidence and verve, if a little smarmy.

It was an act. Politico later revealed that in a closed-door lunch the previous week, Mr. Maloney shared polling with colleagues showing Democrats behind Republicans by 6 points in generic ballot tests in battleground districts. If the midterms were today, he warned, Democrats would lose the majority.

Mr. Maloney urged a message reboot to forestall defeat. “The good news,” his DCCC executive director told Politico, is that “everything we are doing and everything we’ve talked about doing is incredibly popular.” Riiigggght.

Polling shows a different reality. Democrats are 12 points behind Republicans when it comes to the economy, voters’ opinions of the president’s handling of Covid are increasingly negative, independents are souring, more respondents think the country is headed in the wrong direction, and small-business owners’ optimism is waning.

Maybe Democrats can guarantee their majority merely by employing better messaging. But six factors work against them.

First, history. Democrats hold the House narrowly, 220-212. Since the emergence of America’s two-party system in the mid-1820s, there have been 36 first midterm elections. In only two has the president’s party gained House seats—1934 and 2002. Take any starting point and it’s the same story: Since World War II, the party controlling the White House has lost an average of 28 seats in its first midterm; since 1900, 32; since the mid-1820s, 34.

Second, the nature of midterm elections. They’re inevitably referendums on the administration’s conduct. Voter expectations, even after a close election, are higher than most presidents can meet. Even if many voters are happy, the discontented and disappointed disproportionately turn out.

Third, redistricting. Republicans control that process in states with 187 House seats, to only 75 for Democrats. The other 173 seats are in states with a single member or where power to define districts is split between the parties or vested in an independent commission. Even as each party uses its power to maximize its advantage, redistricting alone could give the GOP the handful of seats it needs to control the House.

Fifth, it’s hard to imagine Mr. Biden effectively barnstorming key battlegrounds next year, and Vice President Kamala Harris, who’s substantially less popular than he is, can’t fill that gap. Both are plodding, one might even say boring, campaigners.

Finally, the ground was not well prepared for this ambitious Democratic agenda. Voters don’t like expensive surprises. Swing voters in particular appear to be put off by the price tag and vast expansion of federal power. The more they hear about Mr. Biden’s agenda, the less they probably like it.

All these factors and more probably contributed to veteran Democratic Rep. Ron Kind’s announcement that he won’t run for re-election in his conservative western Wisconsin district.

One large countervailing factor could help Democrats, though it’s unlikely to sustain their majority. Mr. Maloney was directionally correct in February when he pooh-poohed GOP chances saying, “They have no more ideas.”

To maximize their gains, Republican candidates must prove him wrong by each offering their agenda and explaining what they’re for with as much passion as they describe what they’re against. They must make the midterm about future possibilities, not past grievances. That should be obvious, but in today’s GOP, it isn’t.

Republicans have the opportunity to put forward a positive governing agenda, focused on the economy and values. They’re the only thing in the way of that agenda’s creation and the GOP victory that would follow.