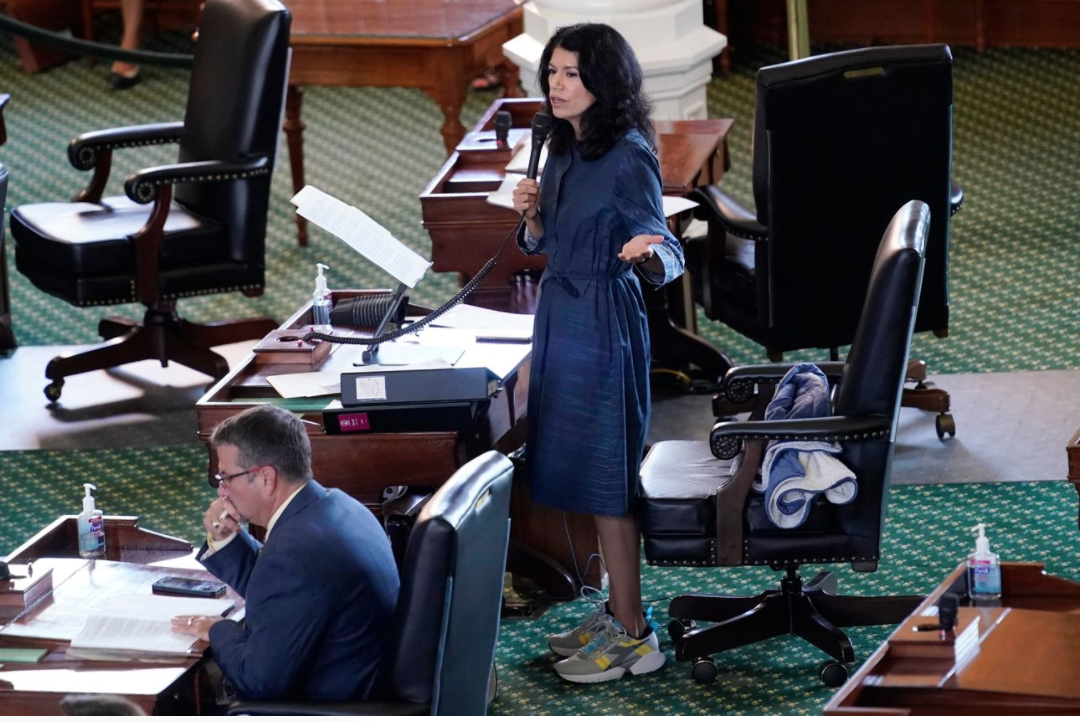 The drama in Texas over election reform is drawing to a close.

A week ago last Monday, the Texas Senate held hearings on S.B.1 and opened debate Wednesday. Sen. Carol Alvarado, a respected Houston Democrat, then filibustered the bill with a 15-hour speech that began early Wednesday evening and ended Thursday at about 9 a.m. As she concluded her filibuster, Ms. Alvarado was surrounded by Democratic colleagues, then congratulated by some Republican senators for her grit. The Senate still passed the election-reform bill on a party-line vote, 18-11.

Meanwhile, Democratic state representatives are drifting back from Washington, where 56 of them had fled to deny the House a quorum to conduct business. They seem to have left Texas with a superspreader among them, as five later said they’d tested positive for Covid despite being vaccinated. Apparently bored by the nation’s capital, two Democrats also reportedly hit the Portugal beaches in secret before being discovered.

Rumors are that 95 or so of the 100 representatives needed for a quorum are in Austin. Other Democrats are reportedly looking for face-saving ways to show up for work so the special session can finish its business and go sine die.

Yet though it didn’t stop S.B.1, Ms. Alvarado’s filibuster helped clarify what this disturbance is about. It’s not the bill’s increase in the number of required hours for the state’s already-generous early-voting period, its mandate that more medium-size counties hold weekend early voting, the simplified procedures for verifying absentee ballots, or the requirement that mail-in voters be able to cure online, by phone, or in-person any mistakes in their ballot.

Instead, Ms. Alvarado focused on two elements of the measure. “What’s wrong with drive-through voting during a pandemic?” she said as she closed her remarks. “What’s wrong with 24-hour voting?” She denounced the bill’s treatment of these two methods as “systematic chipping away of our voting rights.”

Texas already limits drive-through voting to people who can’t make their way into the polls unassisted. Of the state’s 254 counties, only Houston’s Harris County flouted this law and opened it to everyone last year. S.B.1 reaffirms existing practice.

Neither does current law provide 24-hour voting. Harris officials used a cockamamie interpretation to keep early-voting polls open around the clock for one day: 9,417 people voted between the normal closing time of 7 p.m. and 12 a.m. but only 833 between midnight and 7 a.m. The county’s turnout totaled 1,640,818. Do the math.

Yet Democratic media allies were quick to write misleading claims that S.B.1 provides “new restrictions on voting” (New York Times) and “new voting restrictions” (Washington Post and NBC). If the failure to allow 24-hour and unlimited drive-through voting amounts to voter suppression, then where are the media and Democratic denunciations of other states that don’t allow these practices?

To be consistent, they’d have to condemn every state. For while there were episodic uses of 24-hour early voting in 2020 (most notably in Los Angeles’s March primaries, though not in November), no state explicitly authorizes the practice.

Still, if the media and Democrats weren’t hypocrites, they could focus on hot spots of “voter suppression,” where state laws specifically limit the times for early voting to something less than 24 hours. President Biden’s Delaware won’t have in-person early voting until next year—and even then voters will only be able to cast ballots from 7 a.m. to 7 p.m. Maryland and New York allow early voting from 7.a.m. to 8 p.m., and New Mexico until 9 p.m. Virginia has early in-person voting from 8 a.m. only until 5 p.m. The enemies of democracy who run the District of Columbia and Illinois limit early voting to at most 8:30 a.m. to 7 p.m., while the vote suppressors in Massachusetts, Pennsylvania and Rhode Island OK the practice only during “regular business hours.” Oregon and Washington state allow it only during the more sinister “normal business hours,” according to the National Conference of State Legislatures.

Unlimited drive-through voting is similarly rare. Only a few jurisdictions in a handful of states—Alabama, Arizona, California, Michigan, Minnesota and Virginia—provided it last year, all with a limited number of sites, mostly drop-off points for absentee ballots. While drop boxes are allowed in some states for people to deposit their absentee ballots, no state makes drive-through voting a regular practice.

Yet Democrats from Mr. Biden and Speaker Nancy Pelosi to Majority Leader Chuck Schumer and former President Barack Obama all accuse Texas Republicans of voter suppression for not instituting 24-hour and unlimited drive-through early voting. When can we expect their spirited denunciations of other states—many of them blue—that don’t allow either?

The answer is never. This isn’t really about Democrats fighting to ensure access to voting; it’s about their dividing Americans by race, through fear, for political advantage. In Texas, at least, that won’t fly.