Texans Will Tough This Hurricane Out 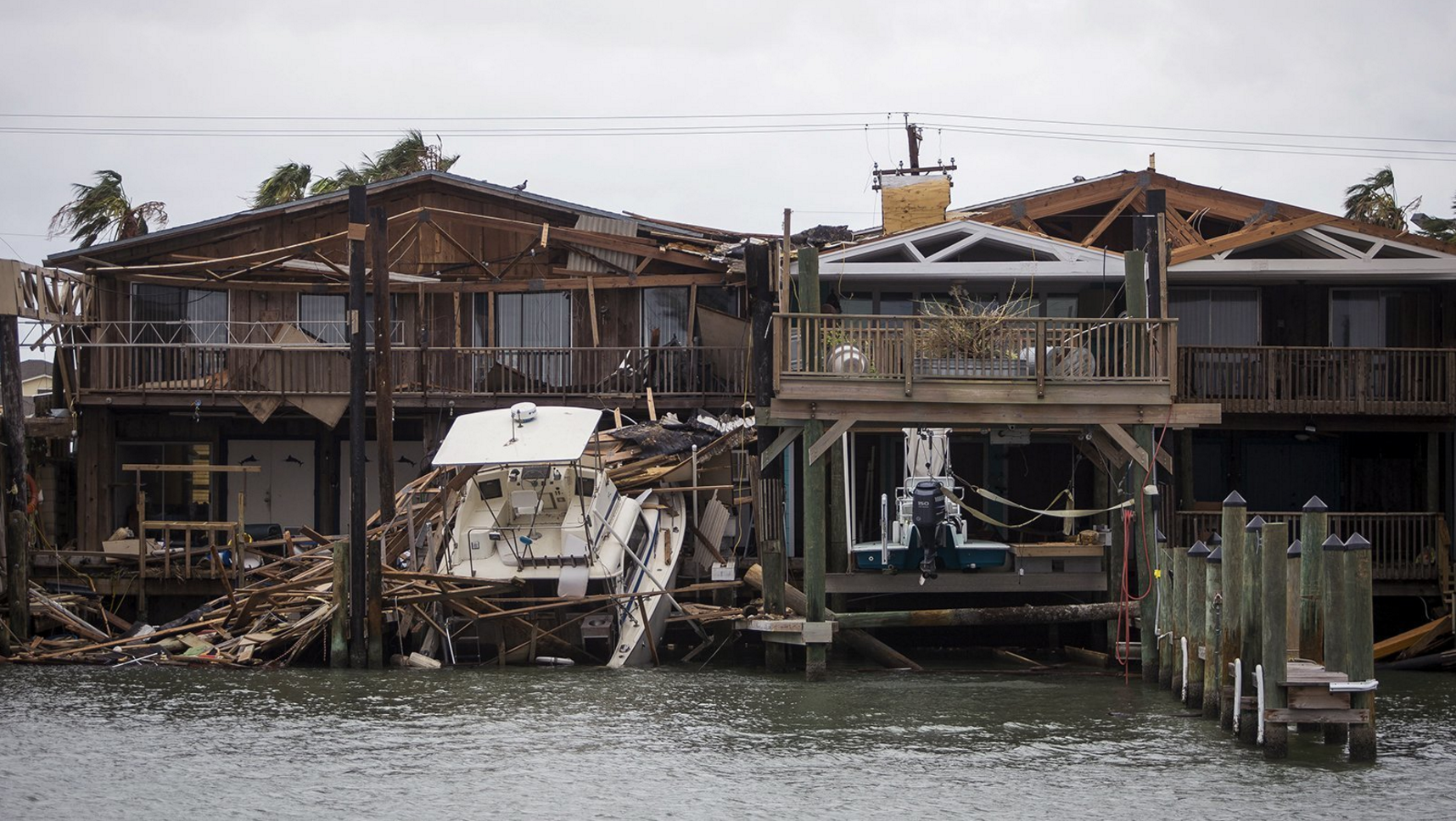 From Corpus Christi to Port Arthur, the Texas Gulf Coast has been hit by a natural disaster of biblical proportions. Hurricane Harvey has wrought such devastation that it’s hard to comprehend. Entire towns like Rockport and Aransas Pass look like bombed-out war zones. Houses were smashed to bits, with roofs torn off and water pouring in through doors and windows. Survivors waited out the storm in closets, bathtubs and second-floor bedrooms.

Boats sank at their docks, or were reduced inside their storage sheds to heaps of crumpled metal and shattered plastic. As garages collapsed, SUVs and pickups were crushed, their trunks and front grilles tilted and sticking out of the water.

The wind was so powerful that it peeled thick steel plates off giant oil-storage tanks. An American flag was ripped from its pole and left tangled in a power line. Eighteen-wheelers were flipped on their sides and thrown catawampus across highways. Trees were shorn of their leaves so they looked as if it were mid-February, not late August.

Then there are the enormous, brown, swirling, ugly expanses of water, covering roads, turning neighborhoods into lakes, drowning everything in their path.

Yet this record-shattering hurricane brought out the best in Texans. Neighbors created human chains to help each other through treacherous currents. A TV reporter flagged down a sheriff’s car to implore officers to save a trucker, tucked under an overpass, whose cab was filling with water. No one was left behind, not even pets.

The “Texas Navy” and the “Cajun Navy”—volunteer rescue squads—appeared with fishing boats, skiffs, Jet Skis and kayaks. Among their ranks was an oil-field salesman from Victoria, about 125 miles away. When his town was put under mandatory evacuation, he headed toward Houston, towing his boat behind his pickup. God knows if his home is still standing. Victoria took a direct hit from Harvey soon after the storm came ashore.

Another unforgettable scene took place inside La Vita Bella senior home in Dickinson, southeast of Houston. There, 15 residents sat in waist-high water, hoping help was coming to ferry them to safety. It was.

Every Texan knows someone Harvey has hurt. A woman I used to work with took her family to a shelter after the rising water blocked their path out of town. The ranch house of other friends of mine, which took eight years to build, was near the hurricane’s eye in the Coastal Bend and torn apart in minutes.

Texans are a gritty people who believe in toughing it out no matter what’s thrown our way. We are a resilient lot, and will rise again. But for now, there are more people to rescue, shelters to open, and families to help. By caring for our communities, Texans are providing America an inspiring civics lesson.

We’ll need every bit of tenacity we can muster to work and serve, to help and care. The worst may still be to come. There will be more rain, raising waters even higher before they slowly recede into the Gulf of Mexico. There will be more wind, causing more damage and putting more people in need of rescue, food and shelter. The searing pain will grow as those who perished in the wind and water are found.

President Trump’s visit on Tuesday was a tonic, and his administration has been quick to provide what state officials have requested. But it is important to remember that under federal law, governors—not the feds—are in charge of disaster planning, relief and recovery.

What the Trump administration does is critical, but it will work only if Texas Gov. Greg Abbott is prepared to tell Washington what his state needs. So it is fortunate that long before this hurricane appeared, Mr. Abbott and his team were planning, training and organizing for a challenge like this. They are now coordinating with local officials to get resources to where they will save lives and protect property.

That preparation is paying off as Mr. Abbott spends most of his long days in the State Operations Center, working with county and city officials along the nearly 400-mile Texas coast. Mistakes will be made. That’s inevitable in a crisis of this magnitude.

But the governor of Texas and his army of first responders, local officials, guardsmen and volunteers are showing America the difference Lone Star leadership can make. Rather than bring this great state to its knees, Harvey has summoned forth acts of courage and compassion. God bless Texas in these trying days.